“With Purpose, On Purpose”

“With Purpose, On Purpose” 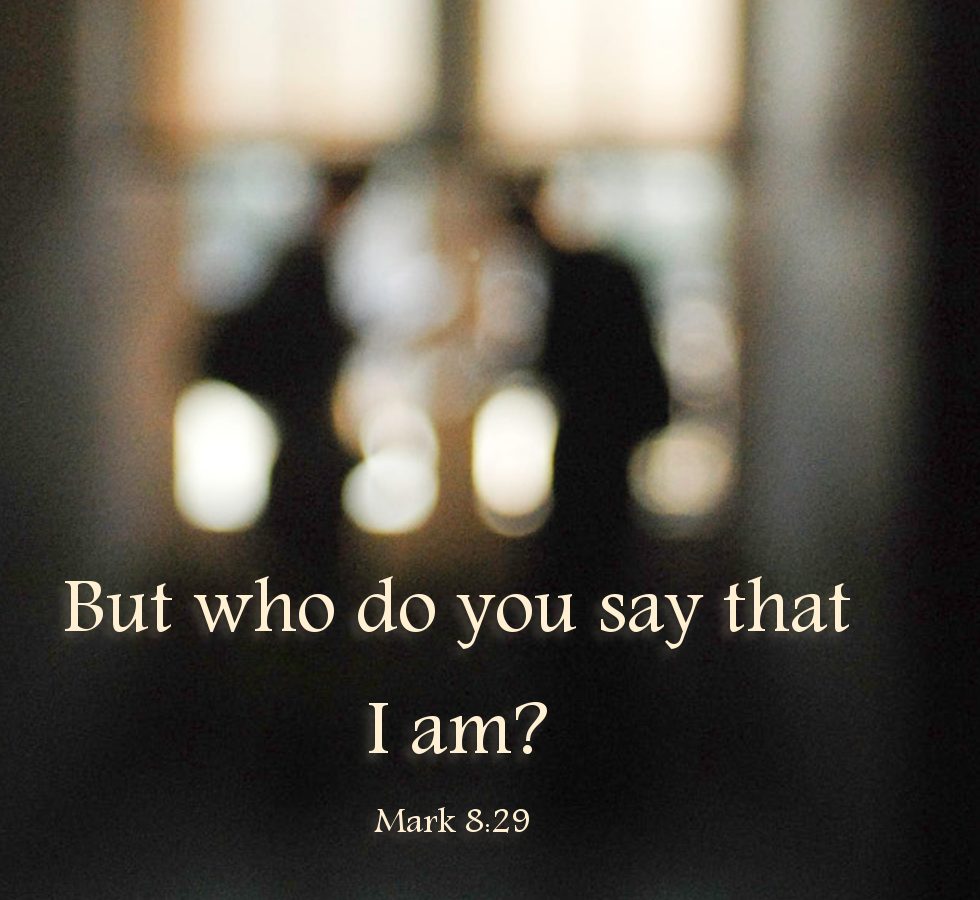 Some of the biggest discoveries that have ever been made came about by accident, not on purpose. (X-Rays, Velcro, Microwaves) Let me give you some more detailed examples: the Upjohn pharmaceutical company set out to make a new blood pressure medicine. In clinical trials, they discovered that one of the side effects was the new drug was making people hairier. And Minoxidil was born! John Pemberton just wanted to cure headaches. A pharmacist by profession, Pemberton used two main ingredients in his hopeful headache cure: coca leaves and cola nuts. When his lab assistant accidentally mixed the two with carbonated water, the world’s first Coca-Cola was the result. Pfizer was working on a new heart medicine which they called Viagra. In trials it didn’t work very well as a heart medication at all, but it did do something else…

Before you answer that, we need to look at what happened to Jesus in this Bible passage. He’s on the road to Caesarea Philippi, and He asks the disciples, “Who do people say that I am?” (v 27). He gets the answers: “John the Baptist come back from the dead.” “One of the prophets.” “Elijah.”

Then he turns it on those who are with Him. “Who do you say that I am?” Peter, one of the apostles, speaks up and says, “You are the Christ” (v 29). Great answer. Wonderful answer. But he’s got the wrong idea about what the Christ would do. The Christ, the Messiah, the one whom God’s going to send—well, Peter thinks this is going to be somebody with power to make his dreams come true. He’s hoping that the Christ/Messiah will overthrow the Roman government so that the Jewish folks can be free, so there will be no more oppression. He believes that the Christ/Messiah will have incredible political and military power. As for money and possessions, this Messiah/Christ will give them a country where everybody will be safe, they can have whatever they want, and they will be able to do whatever they want. It will be a wonderful place to live, with no worries. What’s more, the apostles will get prime spots in the Jesus administration, prestige, and people looking up to them. They’ll be welcomed and well liked.

But that’s not the type of Christ/Messiah Jesus came to be. He had to correct this false understanding of what the Christ would do and what purpose He has. So He says, “The Son of Man must” (v 31). It has to happen. It must occur. The Son of Man must be rejected. He must suffer. He must be killed. Jesus has this purpose in His life.

Now the question is, why does He have to do this? First, because the Old Testament says it’s going to happen. We go back to Isaiah 53, and that Old Testament prophecy simply describes the Christ as one who is despised and rejected. He was not esteemed. He was stricken, smitten, and afflicted. He bore our griefs. He carried our sorrows. With His stripes, we are healed. He was oppressed and afflicted, and the Lord laid our sins on Him. The Old Testament spoke it, and so it must happen to Jesus for Him to be the Christ, the Messiah.

A second reason why this must happen is because God has given Him a certain mission. He has to live up to His name. His name is Jesus, and that name means “The Lord saves.” God has given this purpose, this mission, this task to Jesus. He is to save His people, to forgive them, to reunite them with God. We heard in the Epistle that God demonstrates His love for us in this, that while we were yet sinners, Christ died for us. The result: we are reunited with God and now we have forgiveness and salvation.

Now don’t think that any of these things that happened to Jesus happened because the Romans were in control. Sure, they might have had political power, and they were in charge of the crucifixion. But they weren’t the ones in control. As for the Jewish leaders, those scribes and Pharisees and chief priests, they weren’t in control either, even though they ran the trial. Even Peter, when he tried to stop Jesus by saying, “This will never happen to you!” he is not in control either.

Jesus is the one with the power. Jesus is the one doing everything on purpose. Before this, Jesus healed a blind man and made a deaf man hear. Jesus fed thousands of people with a little fish and bread. He cast out a demon from a young girl. Right after this text, Jesus went up on a mountain to be transfigured with all His power and glory on display, for Peter, James, and John to see. We talked about this two weeks ago. Jesus has the Power.

Later, when Jesus is in the Garden of Gethsemane on the night when He is betrayed, the mob comes to arrest Him. Peter impulsively pulls out a sword and cuts off the ear of the high priest’s servant. Jesus says, “Stop, don’t you realize I can call down a dozen legions of angels to protect me?” Jesus allows Himself to be arrested. When He stood before Pilate, the Roman governor, He could have said something and gone free, but He stays silent. He is going to be crucified on purpose. When He is with the Sanhedrin, those religious leaders, they ask Him a question: “Are you the Christ, the Son of God?” Jesus says, “I am.” I am is the name God gave Himself in the Old Testament. So, when Jesus claims that name, He has forced their hand. He is guilty of blasphemy in their eyes. They will get the Romans to condemn Him to death.

Yes, Jesus could have stopped His arrest, His suffering, His trial, His execution at any time He wanted to. He was the one who was in control. Yet, He had a purpose. Everything He did was on purpose. He did all this for you, for me. To forgive us. To save us. To make us brothers and sisters in Christ.

Now, let’s go back to the question for you: “What is your purpose in life?” Of course, you can have a number of them. I’m not going to boil it down to just one. But we do have a clear purpose given at the end of our Bible passage for this sermon: we’re to take up our cross, deny ourselves, and follow Jesus. What might that look like? Here are a few examples I came across.

The first one has to do with advertisements, actually public service announcements, from a number of years ago. The Ad Council put them out. In one, a man climbed up some stairs on crutches. A voice then told the viewer that the man would have learned to walk if only someone had given the money to build a rehab center. A similar commercial showed a woman alone in a room. A voice told the viewer that this woman almost received a meal and a visit from someone. But she didn’t. The point of these ads was to help people realize the good they can do if they give of their time and money. So what do we do when we deny ourselves and follow Jesus? We give. We give of that money we may have worked so hard to get so that we could buy what we wanted for ourselves, and give it to others. We give of our time, even though we will get little credit for doing so.

I read about some research that was done by studying obituaries. Over the course of a number of months, the researchers read through a couple thousand obituaries. What were they looking for in those obituaries? They wanted to know what words were used most often to describe people’s lives. Guess what the number one word was: help. The word that was used most often was help. People weren’t remembered for their position or popularity or power or how much money they had. They were remembered because they helped others. They helped veterans or the disabled or some organization. To follow Jesus is to be remembered as someone who intentionally helped, who took up the task of loving a neighbor as Jesus has loved us.

See how this works? You do something on purpose because you have a purpose in life. As Christians, our purpose in life is to deny ourselves, take up our crosses, and follow Jesus. Why? Because Jesus had a purpose. On purpose, He suffered. It was necessary for Him to die. He had to be killed and then rise again. He did all this on purpose for you and for me, all to give us life and to give us a clear purpose for the lives we live each day. On purpose. No accident.