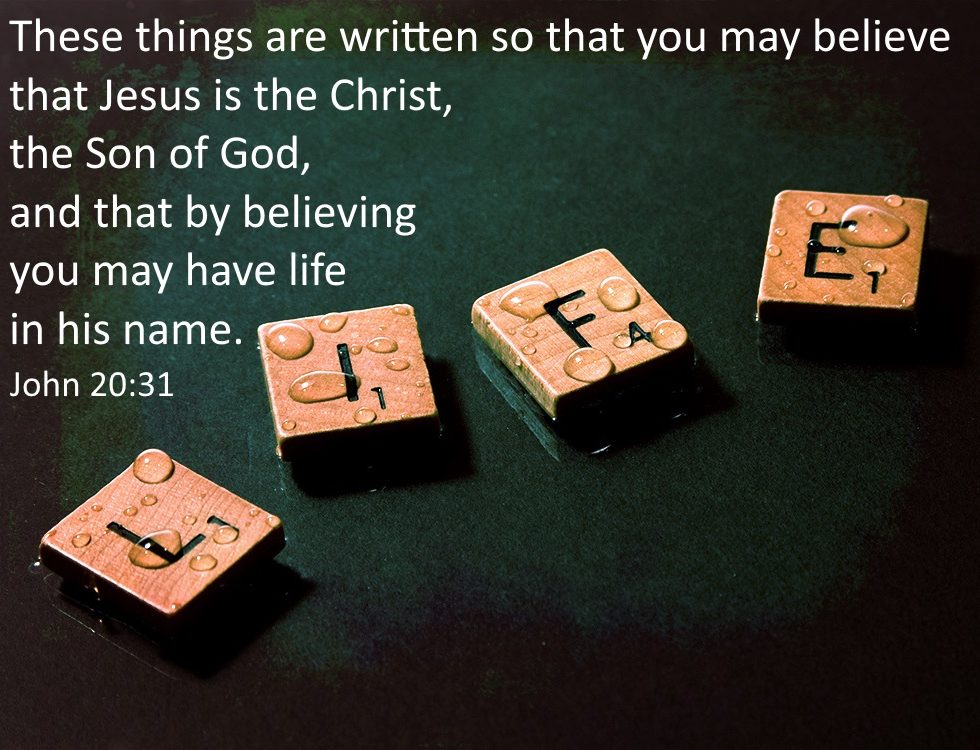 That being said, we live in a world that more, and more, does not believe in sure things. Everything is relative. There are so many folks who say, “What is the truth for you may not be the truth for me.” Ugh. What other things are we sure of? Our taxes are due this week (May 17). That’s true. A lot of lies are going to be said in Washington D.C. on any given day. That’s true. There is going to be a remake of the Wizard of Oz. That’s true. If you are going, “Huh?” I feel you.

Today is a day that doubt traditionally is discussed in pulpits around the world. Poor Thomas. A great preacher known mostly for a moment of doubt. That would be like me proclaiming the Gospel for 30 years and being known only for not liking ice cream. It’s really not fair. Thomas wanted the truth. You want the truth. I want the truth. We think we can handle the truth.

But, so often we can’t handle the truth. Pilate couldn’t. When Jesus stood on trial before Pontius Pilate, it didn’t take long before Pilate realized he was dealing with a most exceptional person. Pilate knew that Jesus had been framed, but even though he knew the truth he did not stand up for it. In releasing a murderer and crucifying Jesus, truth was thrown out the window and Pilate did the easy thing instead of the right thing.

The apostles couldn’t handle the truth. Think what happened before Easter. Not once, not twice, but three times at least Jesus had said on the way to Jerusalem, “In Jerusalem they are going to arrest me… and they are going to try me… and I am going to die on the cross.” And then, each time Jesus added, “and on the third day I’m going to rise from the dead.” Now you and I both know everybody dies; but who rises from the dead, ever? That is pretty special. I’ve done many funerals, but no one in those coffins has ever risen from the dead…at least not yet. They should have remembered.

So we get to Easter Sunday and the women went to the tomb to continue a funeral. The men hid in the upper room afraid that what happened to Jesus was going to happen to them. Here’s the thing: The people who remembered that Jesus said He was going to rise again from the dead were His enemies. They remembered, and because they remembered they went to Pilate and requested he put a guard and a seal and all kinds of extra protection on Jesus’ tomb. They were afraid He might rise again. Yes, Jesus’ murderers remembered but His disciples didn’t. The followers of Jesus couldn’t handle the truth. The truth is, they didn’t think Jesus was going to rise.

When Jesus showed up to the ten apostles (minus dead Judas and missing Thomas) and started talking to them and showed them His wounds, they still did not believe the truth. They thought Jesus was a ghost, until he ate something in front of them. (That detail is in Luke.) Later, when Thomas showed up, they told their brother the good news, “Jesus has risen from the dead, just as He said He would.” And Thomas said, ‘I don’t think so.’ Thomas said, “Unless I see in his hands the mark of the nails, and place my finger into the mark of the nails, and place my hand into his side, I will never believe.” And a week later, he did!

By the way, so often the critics of Christianity talk about the Bible as if it were a bunch of stories which were cobbled together years later by the disciples so they could make some money and make themselves look good as they created their very own made-up religion. If that really is the case, how come the disciples share with us all these examples where they mess up and look bad?

Anyway, like Thomas, we want the truth, but so often we can’t handle the truth. And it’s not any different today. The world still has a tough time believing Jesus fulfilled the law for us; that He resisted Satan’s temptations for us; that He defeated death. True, the skeptics and cynics pretty much have to agree Jesus lived and He died. But when it comes to the resurrection, oh, the contortions those little twerps have to put themselves through to explain away the resurrection.

Some nonbelievers prefer the idea that Jesus went into a coma. Blood loss from the whipping and the crucifixion brought Him real close to death. Those who believe this think Jesus was alive but unresponsive when He was taken down off the cross. They also think that when He was put into a cool tomb, He revived. Could it happen? No, it couldn’t. The Roman death squad would have been executed themselves if Jesus had lived. That’s why they stabbed Him in the heart with a spear.

There’s the “figment-of-the-disciples-imaginations” theory. That one says these disciples wanted to see Jesus so much, that they had… a sort of mass hallucination. Could it happen? No, it couldn’t. Visions don’t eat fish like Jesus did; you can’t feel an illusion’s breath; you don’t touch illusions. Jesus was really alive.

There is the doppelganger theory. A doppelganger is your carbon copy. Everybody is supposed to have one. Well, this theory says that while Jesus #1 was decomposing in His tomb, His doppelganger went around pretending to have risen. Could it happen? No, it couldn’t. To end Christianity and expose the scheme, all the Jewish leaders needed to do was go to the tomb and show everybody Jesus’ corpse.

There are some who say: Jesus only rose in the minds and hearts of the disciples. You’ve all seen a movie or TV show that used the line, “Your friend isn’t dead. As long as you remember him in your heart, he’s still very much alive.” Could that be an explanation for the resurrection? No, it can’t. Once again, if Jesus only rose in spirit and His body were still in the tomb, the Pharisees would have put Jesus’ corpse on display and ended the whole thing. They didn’t do that because they couldn’t do that. Jesus had risen and all who believe on Him as Savior are saved.

Some say the disciples forgot where they put Jesus’ body and went to the wrong grave. Some say the disciples remembered where they put the body and managed to make it past the Roman guards and steal it away. Some say a lot of things, but the bottom line is this: “For the word of the cross is folly to those who are perishing, but to us who are being saved it is the power of God.”

You can also say that about His empty tomb. To the world a risen Jesus is foolishness, insanity even, but for us who know the risen Savior, who, like Thomas have said, “My Lord and my God”, a living Lord Jesus is salvation and eternal life.

My brothers and sisters, as the world searches for truth, longs for truth, it has been taught there is no such thing as truth. At our universities students are taught the only thing they can believe for sure is that they can’t believe anything for sure. Our society and culture say you can believe anything you want and that’s OK, UNLESS you believe that Christian garbage. The problem with that is this: God has put into your heart a desire to feel secure and sure, but you can’t. When somebody like me says, “Christ is risen”, you want to believe, you long to believe. So many out there say that you shouldn’t believe, you can’t believe. There are many, many folks out there who say that regarding the Gospel: it’s too risky to believe, it’s too old-fashioned to believe, it’s too narrow-minded to believe such a thing. Well, believing Jesus has risen to save you is all of those things. And it’s one other thing: it is true.

The Lord Has Risen! He is Risen Indeed!