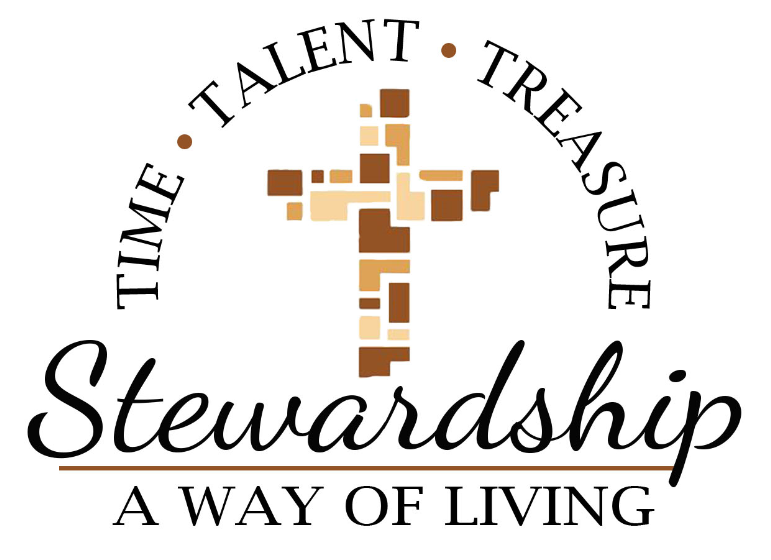 If you have been paying attention, you know that today we start our two Sunday look at Stewardship. Yea! Right? I know. Some of you may not be thrilled with the idea that we are going to be talking about money today. There is an attitude in some Christian circles “The church is always asking for money.” When you talk to someone who has drifted away from the church, that’s one of the reasons that is often given.

I can understand this. When I was growing up in southeastern WI, I was in church every Sunday with my family and it seemed like, note I am emphasizing here it SEEMED like, my pastor made a plea every other week, saying, “You need to be giving the church more money.” It was a topic he mentioned a lot, and it got kind of old. When I became a pastor, I made a promise to myself that I was not going to be like the pastor I had growing up, that I was going to preach the Law and the Gospel and teach and look after the people God had entrusted to me and that would be sufficient.

But I have learned something the last 25 plus years. I have learned that there are a lot of people who do not know what the Bible teaches about Stewardship, that I needed to teach this and that I had to do so from the pulpit, like this one.

Not all Lutherans respond well to this. When I first preached and taught Stewardship from the pulpit here at St. Mark, I remember a woman walking up to me after the service, (she isn’t here now) saying to me, “I didn’t know I went to a Baptist Church.” She thought just using the word “tithe” was a Baptist doctrine. It isn’t.

Today we will spend some time on what the Bible teaches about Christian stewardship.

If you are still uncomfortable about this, know that there are more than 800 verses in the Bible that deal with how we approach money and stewardship. 16 of 38 parables of Jesus are about money and possessions. 1 out of ten verses in the Gospels is about money. The word “give” is in the Bible 2,172 times. If the Bible deals with this that much, I can think we can talk about it here.

In a couple of weeks, we will remember the 500th anniversary of the Reformation, I will tell you again that Martin Luther wrote that we need to be converted, brought to faith, three times by the Holy Spirit. The first two conversions are the heart and head. Conversion of the heart is ¬the initial receiving of faith. For most of us, that happened when we were baptized as babies. For all of us, conversion of the heart is when the Holy Spirit put faith here. The second part of our Christian faith and life is the conversion of the head, which means to grow in what we know about God. That’s why we have sermons, Sunday school, youth and adult Bible classes, Vacation Bible School, adult and youth confirmation. We need to know God’s will for us so that we can respond in love to the ways in which He has blessed us.

But that’s not where our Christian faith and life stop. For Luther said we also need to have our purses/wallets converted which, he acknowledged, may be more difficult. Why? Because how much money, or stocks, or bonds, or property we have is intensely personal. Some folks seem to feel that no one else-not even God, ¬should know the balance in their checkbook or know what the tv ads ask, you know, “What’s in your wallet?” Have you ever, in general conversation, told someone how much cash you had or how much savings you had? Imagine how we would feel if the info about us in Google would include how much money we had. When a company like Equifax gets hacked and people have access to our financial information, we don’t like that, right? The struggles between the president and the Congress over budgets remind us that money also means power. Sometimes we don’t want to give up the power, the control, that comes with our money.

We’re like the soldiers in Europe that did something different when Christianity came to their tribes about 1,500 years ago. When some of them were baptized, they held their sword arm out of the water. They thought that meant they could go on hacking and slashing and killing, like in the “good old days.” After all, that sword arm had not been baptized, had not been turned over to the control of Jesus Christ. Some of us think that our wallets or purses have not been baptized. How we use our money does not always reflect our faith.

In our text, the apostle Paul is writing about earthly treasure, but he points to some even better riches. He writes: “You know the grace of our Lord Jesus Christ; rich as he was, he made himself poor for your sake” (v 9 TEV). Paul is saying this: Jesus became part of our world so that we could become really rich. Paul isn’t talking about how poor Joseph and Mary were as they reared Jesus. They were, but that isn’t the point here.

The point is that Jesus’ poverty meant sharing in our weakness and death. Money can come and go, to which anyone who lived through the Great Depression, or the more recent “crashes,” can tell you. But Jesus became poor by giving up His power as the Son of God for a time. He who was present at creation, who brought the universe into being, was willing to taste the very opposite of His divinity: Jesus was willing to be born in a barn and to die on the cross. He did it for us and our sins. That includes those times when we feel good toward God and even speak the right words, but we hold back part of our lives from Him. Sometimes we live as though our purses or wallets or some part of our lives belongs not to God, but only to us. Remember, like I said last week, everything we have and everything we are belongs to God. That’s true, you know. We are renters in this world, not owners. How many hearses have you seen going to the cemetery followed by a U-Haul?

Jesus becomes one of us in this poor world so that all this can change. Through His being charged and condemned for our sins, we are forgiven. Through His death on the cross, and His rising, we receive Easter life. We then are rich in ways the IRS can’t touch. Paul says that Jesus made himself poor “in order to make you rich by means of his poverty” (TEV). Often you and I may say that if only we had enough money, we would be happy. To have more money than we could ever need is not true happiness. There are many stories of individuals who won the lottery and all the problems it caused in their lives. Our riches from Jesus start with forgiveness and new life, and then goes on to include knowing the meaning in our lives. Knowing that, with the Holy Spirit directing us, our lives can make a difference.

Giving as a response to God’s gifts to us is the goal. Giving is an act of worship. Paul says that you can be “eager to give … and do it with what you have” (vv 11-12). The word can also be translated “enthusiastic.” Imagine that: being enthusiastic about parting with our money! But Paul says that. We can be enthusiastic (eager) about what we give. I have learned in my life, that there is a real joy in giving!

Often, the most enthusiastic givers are those who give sacrificially. Often, they are working toward or have reached giving a tithe, the 10 percent off the top, which the Old Testament commanded. The New Testament doesn’t have a verse that commands the tithe, but nowhere does Jesus say it is no longer to be the rule either. The New Testament says we should be “generous.” And does anyone think that means giving less than folks did in the Old Testament? Again, giving is an act of worship.

You give, I give, because Jesus died and rose for us. Because we are saved, we want to worship Him and we want Him to be the center of our lives. Because of that, and because Jesus became poor so that we can be rich in Grace, we as the church of Jesus Christ can offer our hearts, our minds and our wallets in worship and service to Him. See you next week.