“The Spirit of Truth”

“The Spirit of Truth” 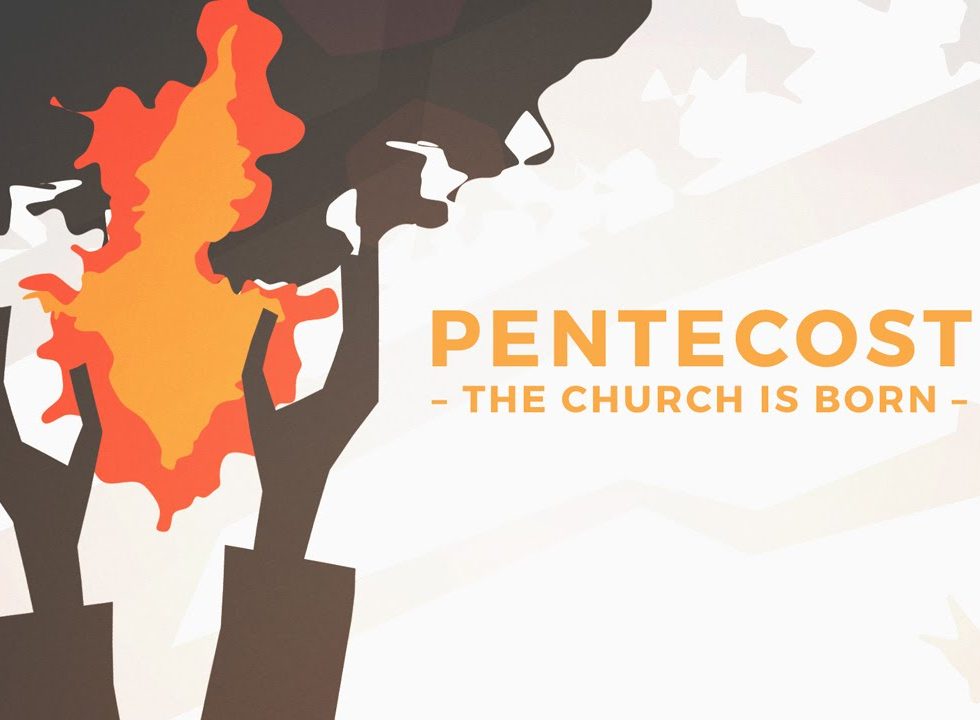 Sometimes we don’t want the truth to be known. We all know things about ourselves that we don’t want anyone else to know. I confess that I had a hard time facing up to the fact that I have gotten old. When I turned 40, I really didn’t take it well because I knew I was officially in “Middle Age.” When I turned 50, I was not thrilled, but what really bothered me was how in the couple of years after I turned 50, I spent more time with doctors and physical therapists in those two years than I had the previous 50 combined! This is one of the reasons I run. It makes me feel younger. I’m still old. I just don’t always FEEL old.

Today we celebrate the coming of the Spirit of Truth—the Holy Spirit promised by our Lord Jesus shortly before going out to Gethsemane for prayer and His betrayal. Today we remember Jesus’ promise fulfilled by the rushing wind, the tongues of fire, and the apostles’ ability to preach in languages they’d never learned. But what exactly does this Spirit of truth mean for us? It must be pretty important since John refers to the “Spirit of truth” many times throughout His gospel. Yet we tend to approach truth like it’s something we are trying to avoid. We’re supposed to be happy about the Holy Spirit’s appearing. But many times, we don’t want the truth revealed. Maybe Jack Nicholson was right. Maybe we can’t handle the truth.

The truth of it is, in our culture and society today, we even argue about if there is a truth. According to apologist Greg Koukl, truth in our postmodern day and age is so unclear that we’re living with our “feet firmly planted in midair,” with nothing absolute in which to ground ourselves. We are told these days there is no one, absolute truth.

There are too many people in our time who play fast and loose with the Truth. Some examples include government scandals, from Watergate to Benghazi. Scandals in the church: from adultery to pedophilia to misuse of funds. Scandals in business: from profiteering to fraud to money laundering. Scandals in sports: point shaving, performance-enhancing drugs, Deflategate, the Adidas scandal in college basketball. We have become cynical and not surprised when people or institutions fail. It’s no wonder that people today believe that truth is what you feel is right for you, and we are taught to “create your own truth.” We are lied to all the time. We can well understand Pilate’s cynicism in his question to Jesus, “What is truth?”

As a Church, we believe in an Absolute Truth, Jesus Born, Crucified and Risen, the Ten Commandments as God’s eternal Law. Now when we say that Truth out there, people will say we are mean, we are stubborn, we are hateful. And sometimes we don’t want to hear the truth.

That’s exactly how King David in the Old Testament felt. Giving in to his own lustful thoughts, David had an affair with Bathsheba. She became pregnant. David worried about his reputation and what people would think of him, not about the evil he committed. Quickly, he had her husband Uriah killed. Then, in a noble gesture, David took this grieving war-widow in as one of his wives. No one, David hoped, suspected or was the wiser—but God knew. God sent his prophet Nathan to David. Nathan appeared before the king seeking advice. The problem, as Nathan narrated it, is that a rich man with a large flock had a banquet to prepare for a guest. Instead of taking one of his many lambs for the feast, he snatched instead the single lamb of his poor neighbor. Upon hearing this, David, the former shepherd, was enraged. He demanded justice.
Full of indignation, David proclaimed, “As the Lord lives, the man who has done this deserves to die.” Here the plot thickens. Looking his king in the eye, Nathan exclaimed, “You are the man!” (2 Sam 12:5, 7). Nathan announced the Ugly Truth to David.

The Ugly Truth is hard to swallow when it’s applied to us. David was so blind to the truth that he didn’t see himself being described in Nathan’s story of the rich dude with the sheep. But then, through the power of the Spirit, those words cut through, “you are the man.” Suddenly, with his sin exposed, David stood before God. “I know my transgressions, and my sin is ever before me,” he says in Ps 51:3. When someone points out our sins, well, we don’t want to hear that either.

We can really identify with David. We would prefer that the ugly reality of our sin remain hidden. We come up with some pretty good ways to hide that stuff in here and preserve our reputations. We consider ourselves better than the average unbelieving sinner. We so often think we are better than we are. And we’re not! Really, we’re not!

But the Spirit of truth exposes the gunk, the sin that is in here and brings our sins to light. The Spirit comes just as Jesus promised: “I will send him to you. And when he comes, he will convict the world concerning sin and righteousness and judgment” (Jn 16:7–8). The Spirit pierces our hearts and God makes us see the truth, know the reality of our sinfulness. He comes to each one of us and says, “You! You are the man.” You have been convicted. I have been convicted. We are poor, miserable sinners. That’s the Ugly Truth.

And yet there is more, the GOOD Truth—that is revealed by the Spirit. The “Spirit of truth” that Jesus describes is sent not just to get us to recognize that there is such a thing as truth, and that part of that truth is we are sinners. The Spirit testifies and points to Jesus, revealing that God is truth, Jesus is truth, the Spirit is truth. He speaks His Word, and it is.

This is something for which we can truly praise God! Jesus promises, “When the Helper comes, whom I will send to you from the Father, the Spirit of truth, who proceeds from the Father, he will bear witness about me” (Jn 15:26). Just as the reality of God’s Word convicts us concerning our sins, the Spirit also tells us Jesus is our Savior, and the Holy Spirit will deliver to us forgiveness (16:10).

The Spirit delivers to us what Jesus won for us by dying on the cross and rising again. This Jesus died for us, rose for us, reigns for us, prays for us (Rom 8:34). The Spirit of truth continues to tell us that, that because of Jesus nothing “will be able to separate us from the love of God” (Rom 8:38–39). The Spirit causes us to believe the miracle that when we confess our sins, God “is faithful and just to forgive us our sins, and to cleanse us from all unrighteousness” (1 Jn 1:9).

God did not reject David, confessed sinner, adulterer, and murderer. God does not reject us. God loves you. God loves me. That’s the truth! God welcomes us into fellowship with Him. It is this Gospel truth, that His Spirit tells us.

On Pentecost Sunday, we rejoice at the creation of the Church. We rejoice that the Spirit will glorify Jesus Christ, take what is His, and give it to us, for “all that the Father has is mine; therefore I said that he will take what is mine and declare it to you” (16:15). That is the truth of God’s Word!