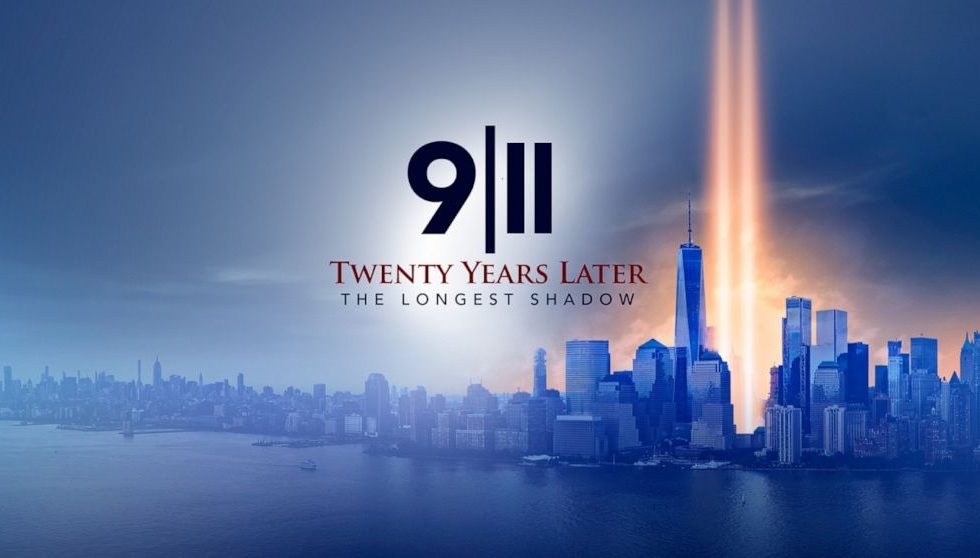 Do you remember where you were and what you were doing on the night of July 20, 1969? That was when astronaut Neil Armstrong took man’s first steps on the moon. I fell asleep on the living room floor and my mom put me to bed. What about the morning of January 28, 1986? That was the day the Space Shuttle Challenger exploded shortly after liftoff. I was asleep, I was working midnight to six at a radio station in Midland, TX. And April 19, 1995? That was the day of the bombing of the Murrah Federal Building in Oklahoma City. I found out about that one calling on a member of the church I served in Pryor Creek.

As careful listeners, you may know what’s coming next: Where were you and what were you doing when you first heard the news that two passenger planes had crashed into the twin towers of New York’s World Trade Center, causing the collapse of both, and the death of more than 2,700 people? I was doing dishes when the first bulletin came out. I was brushing my teeth for the second. And there would be more. A few minutes later, another hijacked airliner crashed into the Pentagon, causing the death of 125 more people. And, finally, there would be the hijacking of United Airlines Flight 93 and the brave response by passengers and crew that prevented those terrorists from doing even more damage in Washington D.C. That plane crashed into a Pennsylvania field, killing all 64 persons onboard.

September 11, 2021, should have been just another day on the calendar. It should have been a day with no particular significance to Americans except that we went from September 10 to September 12. But this is not the case. The twentieth anniversary of the terrorists’ attack on our nation has brought memories to all who witnessed the events on that day and especially to those who survived and those who sought to rescue, recover, and rebuild. It is a day that reminds all of us that there is a powerful evil that exists within fallen humanity and reminds those of us who bear the name of Jesus that God alone is our Rock and our Mighty Fortress.

Nearly 3,000 men, women, and children were murdered that day by men who thought themselves religious. I suspect the images of that day, September 11, 2001, have somewhat faded but certainly have not been lost twenty years later. (Even if some news channels refuse to re–air the footage of what happened that day for fear of offending somebody.) That day, if you recall, those images broke our hearts and brought tears to our eyes. That day, we had a common enemy. That day, there was a sense of patriotism not seen for many years. The country came together; we hurt together; we clung together; we cried together, as one “nation under God, with liberty and justice for all.” (No football players were sitting down or kneeling during the national anthem, then. I seem to recall that for six weeks or so, no congressmen were criticizing the president, or each other.) We had a renewed sense of gratitude for those fire, police, and military men and women who were willing to put themselves in harm’s way in the pursuit of saving property and lives. And we have so many in our country today who are continuing to respond to those needs.

Not long after, in November 2001, our nation went to war, in Afghanistan first, later in Iraq. Saddam Hussein was captured and executed. Osama bin Laden, the most wanted of our named enemies, was killed ten years ago. I guess it is a sign of the times I learned about the death of Osama Bin Laden on Facebook.

Twenty years later, our forces have left Iraq and Afghanistan, and our country is not so united. Not at all. The focus has turned to illegal immigrants, whose lives matter, what did you post on Twitter ten years ago, who is vaccinated for COVID-19, and what will Harry and Meghan say next. The people of this great nation have become more divided than we have ever been in my lifetime, and more distrusting of government and politics.

Twenty years later, studies show that September 11 has not changed the patterns of worship in churches and synagogues. Despite the fact that many churches were filled on Sept. 16, 2001, (we had a record attendance at St. John Lutheran Church in Pryor Creek, OK that day), it didn’t take long for worship in America to be back where it was before. In fact, it took one week.
1.
Nineteen years ago, on the first anniversary of 9/11, there was a presentation aired by PBS titled “Faith and Doubt at Ground Zero.” It asked the question “Where was God on September 11?” The question itself has been asked for a very long time, and has been asked many, many times in moments of crisis. In the Old Testament, men of faith from Jacob to Joseph and from Job to Jonah asked it. In the New Testament we can see times where Peter and the 12, John the Baptist, and Paul asked it, too. We have heard it asked over the years with other terrorist events and mass shootings in San Bernadino, Orlando, Philadelphia, Dallas, Baton Rouge, Las Vegas, Madrid, Bali, London, Beslan, Mumbai, Istanbul, Paris, Brussells, Nice, Baghdad, and Sri Lanka. (And as long as this list is, there are a lot more.) When this stuff happens people ask, “Where is God?”
And God always and forever responds the same way: “I am where, and who, I have always been, and always will be. I am almighty, and I shall show that unparalleled power ultimately at the Last Day. I am with you.” In the meantime, because this world is filled with sinful people, there will be wars, and bloodshed, and terrorists, and hurt, and grief, and pain. But never, ever think that that God has lost control of the world He has created and judged and redeemed through His Son, Jesus Christ. If you think, even for a second, that He has left you or forsaken you, then take another look, a closer look, at the cross and the open tomb. The Scriptures clearly give this as God’s answer. He is in control. He is here.
This is the Christian’s perspective of faith, the power of love. If we are to reclaim, or rediscover, or be renewed in our faith, it is by looking to the cross. For the truth of it is, we Christians see all events through the cross of Calvary and the empty tomb, where Jesus Christ died and rose again for our sins and for the sins of all people. How awesome is the power of God’s love for us all!
God’s perfect love for us, says the apostle John, “casts out fear” (v 18). The women and men who have put on the uniforms of the United States military and who were deployed to Iraq or Afghanistan, or who serve us today and tomorrow, need to hear that and to know that the Lord is with them. Likewise, the women and men who enter a burning building or enter a home as a police officer, need to know always that God’s perfect love surrounds them and embraces them.
God’s perfect love defeats fear—fear of more terrorist attacks, fear of known and unknown enemies of our country, fear of nuclear buildups, fear of politics and politicians, and fear of the twisted minds of men like Osama bin Laden and those who fight for ISIS or the Taliban. God’s perfect love defeats fear of our own certain mortality, of sickness and disease, and—closer to the context of 1 John 4—fear of the righteous and eternal judgment of God. For we live in forgiveness; we live in grace; we live in love. And “whoever abides in love abides in God, and God abides in him” (v 16).
Going back where we started, where were you…when you received faith, forgiveness and eternal life? I was in the chapel at St. John’s Evangelical Lutheran Church in West Bend, WI on January 14, 1962, around noon. That’s when I got baptized. So how about you? The Power of God’s Love Sustains Us, Strengthens Us, Supports Us, as surely as it did throughout the weeks and months following 9/11. It will do so now and forever, whatever the future holds. That’s His promise to you.
In the Name of Jesus.
Amen.