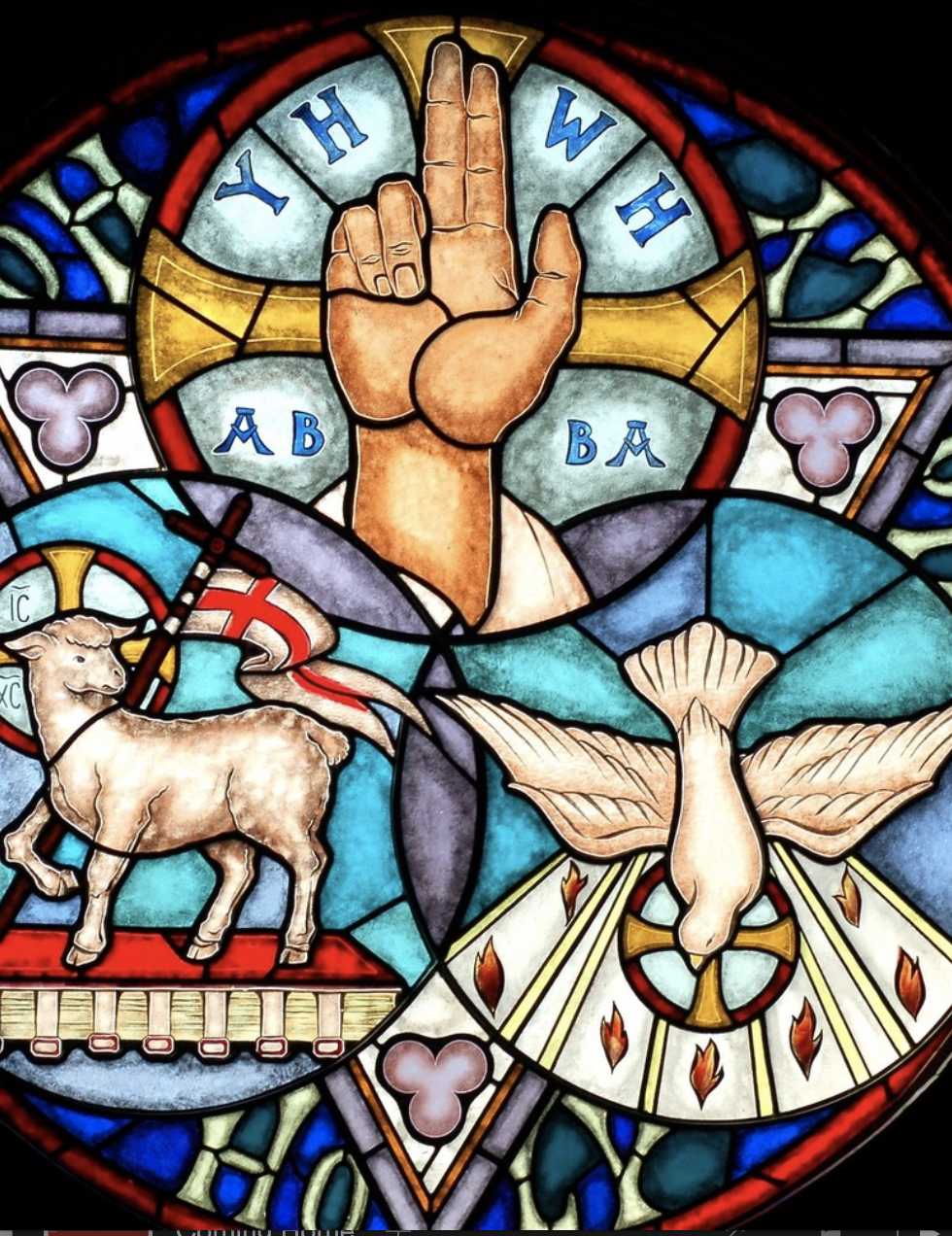 I might be betraying my age here, but when I was growing up, ABC had this thing on Saturday mornings between cartoons called “Schoolhouse Rock.” They had cartoon videos about numbers (My favorite was Zero, My Hero, How Wonderful You Are.) They had videos about grammar (remember Conjunction Junction, What’s Your Function?) They set the preamble of the constitution to music, and that is something still stuck in here. I will not add to your morning here by singing it.

I mention all this today because the song they did for the number three was titled, “Three: It’s a Magic Number.” And that came to my mind as I was preparing this sermon for the Sunday of the Holy Trinity. Apparently, God likes the Number Three.

I do need to mention here that today is Father’s Day, but that is not on the liturgical calendar. Today is the Sunday of the Holy Trinity. A British pastor, named Colin Morris, once said that any preacher with good sense will call in sick on Trinity Sunday. Brother Morris was likely referring to the fact that the doctrine of the Trinity is difficult, some may think that it’s a little dull, and to be honest, this is one of the hardest sermons to write in any given year.

Trinity Sunday is the only Sunday on the church calendar that is given over to a doctrine, and not a person or event. This is the day when we discuss the Triune God, the Holy Spirit, the Son, and the Father. Is there something wrong with the way I said that? It may seem awkward to say it that way, but that is the sequence of how we all got to know God. Martin Luther wrote in his Large Catechism, “We could never come to recognize the Father’s favor and grace were it not for the Lord Jesus Christ, who is a mirror of the Father’s heart…but neither could we know anything of Christ, had it not been revealed by the Holy Spirit.”

But it is a confusing doctrine. Today we are talking about the fact that God is one God, but three persons: Father, Son, and Holy Spirit. Not three Gods, but one God, but three persons. Does this make sense to us? No. Is it logical? No. Since God created the universe and us with it, it is reasonable to conclude that there will be things about Him that are beyond our understanding.

There are those who say out there that God is not a Trinity because the word “Trinity” does not appear in the Bible. (See Jesus’s Baptism.) There are those who say out there, “The Trinity is just a fairy tale. I can’t see a Triune God so I will not believe in a Triune God.” That is the idea they won’t believe in a god or a doctrine unless they understand it. People say that “seeing is believing,” but what we see with our eyes can sometimes be deceiving. It happens all the time, for example, that when the police collect eyewitness reports of a crime or an automobile accident, people who were eyewitnesses to the event come up with all kinds of different stories and descriptions about what happened. Some say the principal person in the event was wearing a red shirt, while others insist the shirt was yellow.

Another example: When it is not this time of year, I can go out for a run at 6:30 a.m. and see the sunrise. Now when I see a sunrise, I see evidence of God’s precise, ordered, blessing of a creation. The unbeliever sees the same thing and sees a great cosmic accident. Rather in believing something this (brain) can grasp, I will take God at His Word.

God the Father wants us to know Him. A pastor I met once, a guy from Duke by the name of William Willimon, once wrote, “God’s greatest ‘godness’ is that God is so little like our idea of who God ought to be.” I think this speaks to the fact that anyone who says the Bible is all made up would be hard pressed to find any person who could think up the “idea” of the Holy Trinity. Willimon added that “As believers, we can be glad that our God is. . .distinguished for His loquaciousness. Israel’s God loves to talk, likes nothing better than, in word and deed, to communicate, commune, speak and thus make community. . . .If God had not been talkative, we wouldn’t be here. We, the church, are the creation of Divine communication.” (Adam and Eve, Noah, Abraham, Isaac, Jacob, Moses, Samuel, Elijah)

Another example of how the doctrine of the Trinity is proof that God wants us to know Him is found in Jesus leaving the comforts of heaven to join us here. Jesus wants us to know Him. When we think about God with us–Immanuel–the teaching that the Son became a human being, we are confronted with the crazy fact that God would lower Himself to be one of us and walk the streets of a city with a reputation that was not great. Remember when Nathanael was told the Messiah was from Nazareth, and he said, “Can anything good come from there?” But the Son went further than that. He went from heaven to Bethlehem to Nazareth to Jerusalem and all the way to the cross…for His friends…for us.

Then there is the notion of the Holy Spirit being willing to take up residence inside normal, sinful, human beings. The Holy Spirit wants us to know Him. He wants to be here. He is in here. He is in here since our Baptism, since He brought us faith, forgiveness, and eternal life. The God, who is the Holy Trinity, is dynamic, we belong to Him, and He wants us to know Him.