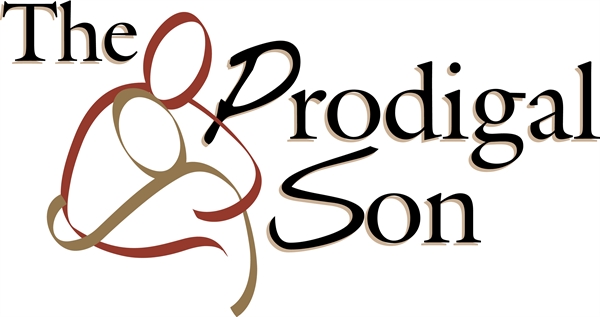 I am curious how many of us have this in common: You buy new software, or you update old software, and then it says you have to agree to the EULA, the End User License Agreement. How many of you just click agree without reading it? Ever wonder what you just agreed to? There are some curious things. In iTunes at one point, the EULA said you could not use iTunes to develop or produce biological or nuclear weapons. Is anybody going back on their words here on this one? Some time back, if you downloaded Safari for Windows, the EULA said you could not run it on Windows. (They meant this download for folks who put Windows on a Mac.) PC Pitstop put a clause in their EULA that said, “If you read this clause and contact us, you may receive financial compensation.” It took four months before someone did and they got a thousand dollars. Most of the time we don’t read them, hoping and praying there are no major hidden issues. When it comes to our salvation, we can’t do that, we can’t not read them and just click OK. The terms do matter! Therefore, We Thank God Our Father That He Forgives Us on His Terms, Not Ours. Today we discuss “The Terms of Forgiveness.”

Today we have as our text, the parable of the Prodigal Son. That is what most people call it. The word prodigal means “wasteful.” Another popular title for this parable is The Forgiving Father. He is the central figure, after all. I should point out that this parable, and the two that got skipped in these verses, are all about things that are found: A Found sheep, a Found coin, and a Found son.

Jesus tells these parables at a meal with two groups. Over here are the tax collectors and sinners. Over there are the Pharisees. And in case you missed it, these two groups were behaving the same way as the prodigal son and the resentful brother in the parable. Not a coincidence.
With that background, we are focusing today on terms, the terms of agreements we make with each other and the terms and deals we try to make with God. Forgiveness on our terms doesn’t work. The parable shows this to us. The younger son in Jesus’ parable sinned before God and his father. By requesting his inheritance he, in effect, asked for his father’s death (v 12). The son was saying, “Dad, I would rather have your money than you.” He wanted to “be his own person,” which really means he wanted to be his own god. He then took all he had and wasted it and lost it in reckless living (v 13). Picture taking your parent’s money and going to Vegas, and…well, you know the rules. What happens in Vegas, stays in Vegas.

With that background, we are focusing today on terms, the terms of agreements we make with each other and the terms and deals we try to make with God. Forgiveness on our terms doesn’t work. The parable shows this to us. The younger son in Jesus’ parable sinned before God and his father. By requesting his inheritance he, in effect, asked for his father’s death (v 12). The son was saying, “Dad, I would rather have your money than you.” He wanted to “be his own person,” which really means he wanted to be his own god. He then took all he had and wasted it and lost it in reckless living (v 13). Picture taking your parent’s money and going to Vegas, and…well, you know the rules. What happens in Vegas, stays in Vegas.

So now our little boy finds himself in a mess. The money is gone; his new “friends” are gone. He’s feeding pigs some slop, and he is so hungry the slop is starting to look good.
Finally, he acknowledged his sin: verse 17 says “When he came to himself,” in other words when he came to his senses. But even then he came up with his own terms of forgiveness. He planned to confess his sin before his father (v 18), and that’s a good thing! He felt that he was no longer worthy to be called a son (v 19), and that shows repentance (also a good thing). Telling your dad you would rather have his money than him is pretty bad. But then he figured he would work as a hired servant, and earn his keep to have enough to eat (v 17). That was his idea for the terms of forgiveness. He thought he could earn it.

We do the same thing. We want forgiveness on our terms. We also have sinned before God, our friends and family, and ourselves. We squander the time, talents, and abilities with which God has blessed us. We often make our situation worse by thinking we can do good to earn God’s favor. As Christians, we feel we deserve God’s goodness simply because we are so wonderful sometimes.
While there are those times when we try and give terms to God, those times that we try and make a deal with God, and say something like, “God, I will go to church for four weeks in a row because I did that thing” (whatever that thing is), God doesn’t make deals to forgive us. God the Father forgives us on His terms. That is seen in the parable, right? The father in the parable takes the initiative. He goes out to meet his younger son “while he was still a long way off” (v 20). He doesn’t scold or punish his son but embraces him before he can begin his confession (v 20). He shows his love and compassion for his younger son by restoring him to the family as a rightful heir. He authorizes gifts for his repenting son, culminating in a banquet (vs. 22-24). The kid gets all this and has done NOTHING to deserve it.

Our heavenly Father takes the initiative to forgive us on His terms. The last few weeks here, we have had some lessons and some sermons that reminded us of how sinful we are. Despite our sin, He continues to love us, seeking us out and dealing with us on His terms of love and mercy. He showed that love by taking our sin and placing it upon His Son, the perfect Lamb of God, who paid the punishment for that sin on Calvary’s cross. His Son did not stay dead but rose to life again, proving that His Father had accepted the sacrifice for sin.

The Parable of the Found Son is a brilliant example of the truth that God’s grace isn’t fair. The older son, like the Pharisees and, too often, like me and like you, the older son isn’t wise enough to thank his dad for that wonderful fact! We do not get what we deserve, and that is AWESOME, because what we deserve is hell, and what we get is heaven! The issue is that the older son, the Pharisees and you and I are as much in need of God’s grace and mercy and forgiveness as the younger son and any other sinner having lunch with Jesus that day. A reminder that when we read this parable, we are both sons! We are that one that acts stupidly and needs forgiveness, and we are also the one who resents when others are forgiven and “graced.”

Our Elder Brother, our Father’s Son, has every right and reason to resent His Father’s loving acceptance and party-throwing extravagance toward us, but He doesn’t. Jesus jumps right into the party, teaching us to celebrate God’s giftiness. Even more amazing, our Elder Brother joyfully shares His eternal inheritance with us. It isn’t ours, it’s His, but He gives it to us anyway.

Okay. Have you noticed that we live in a culture intent on finding what is lost, especially when it’s something valuable to the person looking for it? Most of our phones and devices have a “Find it” feature. Of course, if it says it’s in your living room, you still have to look under the sofa cushions. Go into almost any store, school, hotel, even church and you’ll usually find an area called the “lost and found,” where things left behind by folks are collected in the hope people will come back for them. We hope that lost things, especially important things, will be found.

This is especially true if it involves a person. Think about the lengths we will go to find children that are lost. There are pictures of lost children on milk cartons at the grocery store. The Amber Alert System sends out messages to the media and to your phones and special electronic signs posted along the highways if anyone is missing or lost. If a person loses their way at a state or national park, search parties are sent, along with helicopters and whatever it takes to bring back a lost person safely.

As human beings, we’ll pull out all the stops to find things, and people, when they are lost. Well, if people care about finding that which is lost, the Bible says that God cares way, way more. In fact, God is committed to finding the lost, people like you and me.

After Adam and Eve disobeyed God in the Garden of Eden, what was the first thing that God did? He went looking for them. When the people of Israel were stuck inn slavery in Egypt, God got them out. When God’s people lost their way and strayed from the path of obedience, God sent judges and prophets to lead and to guide them. When the world was lost in its hopelessness and sin, God sent His one and only Son to rescue and to save everyone. Jesus even said, “For the Son of Man came to seek and to save the lost” (Luke 19:10 ESV). God is passionate about finding the lost, people lost because of their sin.

Today we have been discussing the terms for our salvation. When we return to our Lord with repentant hearts, our heavenly Father is there, waiting with arms spread wide in a welcoming embrace. He deals with us according to His terms. His terms? He says to us, “I will always love you, you’re forgiven.” Period. Those are His “terms.” That’s it.