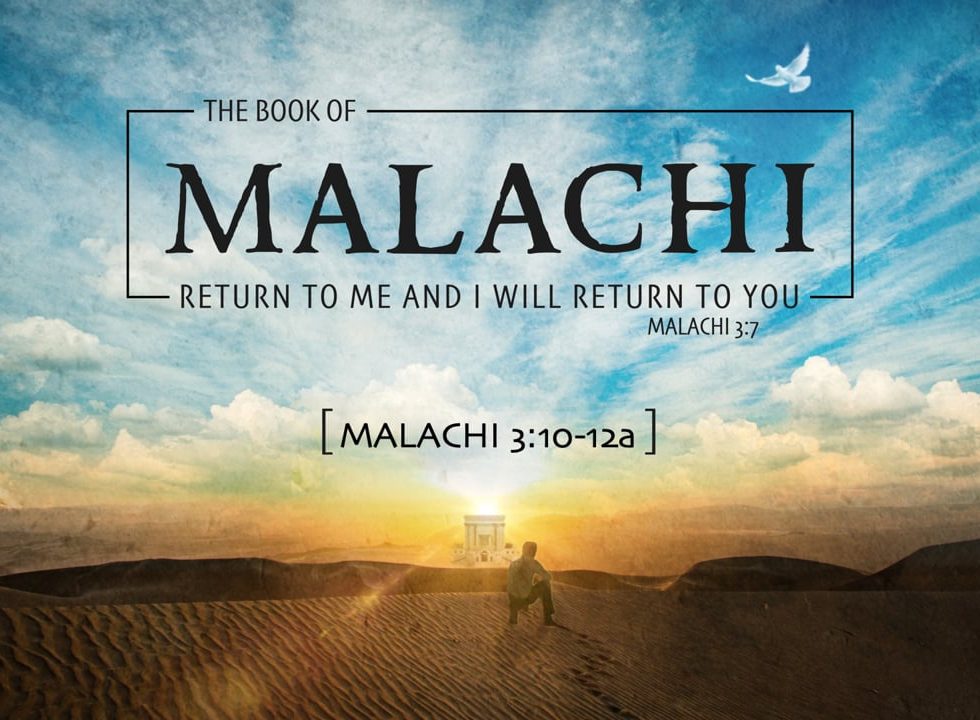 The sermon is done and then along comes the offering plate! Some people think of this like at a restaurant and they are leaving a tip. Does that sound like a good way to say thanks to God for His blessings? Some think they’ll feel less guilty when they give. Some think the offering is a time to leave the price of admission. Surely it costs something to put on the Sunday service. There are some who think: I’m a member; I’ll give my dues as a good member. Or, I’ll give “for services rendered.” After all, someday I’ll need those services: Baptism, wedding, funeral.

If you were listening to the Old Testament reading closely, you have probably figured out why I am going in this direction here. Those reasons we talked about when we started here a minute ago—leaving a tip, feeling less guilty, the price of admission, dues, payment for services rendered—they all miss the point of why we take the time to collect offerings here. God, in His Word, tells us why our worship includes the church offering plate. God Calls for Returning to Him One Bag Out of the Ten He Gives You.

Through the prophet Malachi, God says, “Bring the full tithe into the storehouse, that there may be food in my house. And thereby put me to the test, says the Lord of hosts, if I will not open the windows of heaven for you and pour down for you a blessing until there is no more need” (3:10).

The tithes, or offerings, Malachi wrote about were given to God in His house, the temple. All offerings brought to the temple and all the offerings you put in the plate are given to God. This is crucial!—as you look into the plate, that is a place for thank offerings to God. (We do not give to a budget)

Now in the prophet Malachi’s time, it had been about eighty years since the Israelites returned from captivity in Babylon. The grandchildren and great-grandchildren of those hauled off to Babylon were working the soil and eating the food from the promised land. But some drastic changes had come with the new generations. They had fallen back into the same sins that had led to the fall of their nation to the Babylonian army. They were bringing lousy sacrifices to offer to God. Some were saying it was so tedious/boring to bring an offering to God. Some promised good offerings, but the offerings they brought were flawed. Finally, God declared that, in fact, they were stealing from Him in the offerings they were bringing.

God gave the Israelites in the Old Testament several laws about the offerings they were to bring to the temple. The law referred to in our text is the law about the tithe. The Israelites had an agricultural society, so the tithe offering was stated in Lev 27:30: “Every tithe of the land, whether of the seed of the land or of the fruit of the trees, is the Lord’s; it is holy to the Lord.” Simply stated, the people were to bring an offering of 10 percent of the family’s harvest.

Another important offering the Israelites brought to the temple was the offering of the firstfruits. Ex 23:19: “The best of the firstfruits of your ground you shall bring into the house of the Lord your God.” As they began to harvest their grain, and as they began picking fruit from the trees, they were to bring the first of that harvest. And they were to bring “the best,” that is, grain with no spoilage and fruit that was juicy and ripe—the best for the Lord. (Cain and Abel)
In the prophet Malachi’s day, the people again were having heart trouble, the kind of heart trouble the prophet Ezekiel had described two centuries earlier: hearts of stone when they should have had hearts of flesh (11:19). A heart of stone is a hardened heart. A heart of stone shows no signs of life. A stone-hard heart leads a person to serve self. We talked about this last week.

God makes it clear that He has something to say about the blessings He gives us. In Malachi’s time, people were to bring a tithe, 10 percent, as a thank offering to the temple. “Bring the full tithe into the storehouse” (Mal 3:10). We who live after Jesus offered Himself for us on the cross and was raised for our salvation no longer have a law from God that we must put 10 percent into the offering plate, nor that we must bring the first of everything we harvest.

However, the Old Testament law of bringing the offering of the tithe and the offering of the firstfruits can be a good guide for us Christians. Do we really want to do less? Think of how much more richly blessed we are than were those Old Testament believers—and I’m not talking about the air-conditioning, satellite TV, and the wifi Bluetooth, HDMI, dvd, blu-ray, mp3, iPod world we live in. They lived every day by the promise that the Messiah would come someday, but they didn’t know when. We live knowing Jesus did come, that He did fulfill God’s Law for us where we so badly fail, that on the cross He did suffer the punishment of hell so that we never will, that He is risen and has fully and completely accomplished our salvation so that we will live in heaven with Him forever.

What’s more, specifically because of Jesus’ death on the cross and resurrection, God has now given us everything we have and everything we truly need: food, clothing, home, land, money, good weather, peace, health, and the like. Today we picture God giving us all those gifts as ten bags. The first action a family does with those ten bags is to give to God the first one. The family does that first, before making any purchases, before paying any bills. I have told you many times before that this is how we do this in the Erler household. The first portion goes to God as a firstfruit thank offering. In our cash economy, that means we determine, we work out, what the 10 percent is and write that check first. When you place that check in the offering plate, picture it as the first bag out of every ten bags God gives to you. The remaining nine bags are for the family to use for savings and for living.

The devil and the world around us set in front of us many temptations about the ten bags God gives us. We see how the world thinks about all the blessings that come from God’s hand. People think/people say, “I worked hard for it; it’s mine. I can do with it whatever I want.” We are tempted to think the same way. Some people use all ten bags of blessings only for themselves. They serve themselves, without a thought of God, who gives His blessings to all people alike, whether they be good or evil, just or unjust (Mt 5:45).

In our Malachi text, God makes a promise: He will “open the windows of heaven for you and pour down for you a blessing until there is no more need.” I am not one of those false preachers who say if you give got 10% He will give you $10 million. The Bible does not say that. But God does say He will continuously pour blessings on His people from above. And we should say thanks in a joyful, energetic, planned way.
The plate will keep coming to you. It is not for a tip. It is not for a guilt offering. It is not for the price of admission. It is not a pew rental or membership fee. It is not to reserve a pastor for a wedding or funeral. It is for your tithes and offerings, given freely, cheerfully, in thanks to God, who sent Jesus to save you, who blesses you every day.

We’ll finish this next week.