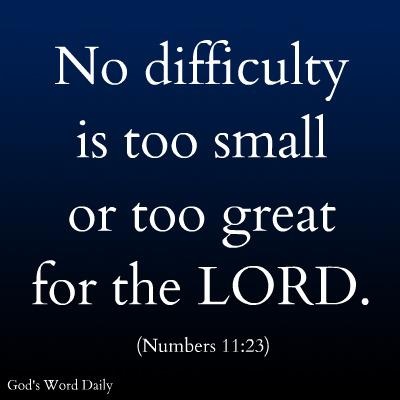 There is an old joke that refers to the child who never said a word his whole life. When he is twelve, the family is having breakfast and his parents were shocked to hear him say the words, “Cereal cold.” His mom and dad looked at him and said, “Johnny, did you say something? What did you say?” “Cereal cold.” After getting over their shock, they then asked him why those were his first words. He said, “Until now, everything was ok.”

Well, that is a goofy joke, especially because we know that kids tend to gripe a lot more than that. We know that folks young and old find it easy to complain, grumble, gripe. Well, in today’s Old Testament lesson, we find another example where the Israelites, after their rescue from Egypt, grumble and whine and complain to God. Today, we have a reminder from our Good Lord to “Stop Griping.”

We begin this morning noting the Israelites were making a big deal saying that they were richer, that they were better off, back as slaves in Egypt. Huh? Right? Now our standard of living is important. We can certainly get used to a certain standard of living, right? We know what that is like. The prospective father-in-law says to the nervous kid dating his spoiled daughter, “How do you plan to support my daughter in the manner to which she’s become accustomed?” With her sorority dues, a sporty little car, credit cards at Saks and Macy’s. Maybe your “manner” is Sunday brunch, beer and brats, Dockers. Whatever our lifestyle, our standard of living, we not only want to keep it, but we usually want more. We become quite used to our little luxuries, however big or small they really are, and we’d hate to have to give them up.

Israel remembered how they’d lived—and eaten—in Egypt (vv 4–6). Of course, and here’s the funny thing, they’d forgotten the slavery part. But with their selective memory, they grumbled that their diet was not as rich as it was in Egypt. “4 Now the rabble that was among them had a strong craving. And the people of Israel also wept again and said, “Oh that we had meat to eat! 5 We remember the fish we ate in Egypt that cost nothing, the cucumbers, the melons, the leeks, the onions, and the garlic. 6 But now our strength is dried up, and there is nothing at all but this manna to look at.” Remember, when they first got into the desert they complained about no food, and God gave them bread, manna, every day they were there. Now they were griping that the food God was giving to them every day wasn’t good enough. I also have this news for you…when they were in slavery they did not eat all this stuff. Their owners did, but not the Hebrews. They ate the bare minimum to keep them alive enough to keep working. That is it.

Selective memory. We know how that works. People will tell teenagers “High school is the best years of your lives. Enjoy it!” But they are forgetting that most of high school really stunk! They just remember the good parts, like not paying bills and not having mortgages and not having credit card debt. It is not uncommon to remember only the good and forget the bad.
But there was a group stirring it up in the Congregation of Israel, who said that the bread from heaven was not good enough. They wanted something else! They were bored. They were selfish. And they created division and dissension within the Israelites.

We also grumble, we get bored with the standard of living God provides for us. We all have nice stuff. We are blessed. But we all want nicer stuff. Don’t go anywhere near an Apple Store when the new iPhone comes out with a screen a quarter of an inch bigger and a processor that is 2 percent faster than the old one. I’m exaggerating, but we are all guilty of looking at the stuff we have, seeing the next thing, and going, “Ooh…that’s better!”

Meanwhile, Moses was getting fed up with his God-given duties, which were much heavier than the life to which he’d become accustomed (vv 10–15). Let’s talk about Moses for a minute. He’d spent forty years off by himself, just tending a few sheep, when God suddenly put him in charge of a nation of millions. It is truly a miracle that Moses’ head did not explode when he was leading those people. Now they’re grumbling, and Moses complains of carrying the burden of all those people. All the griping, and Moses says, “Lord, I did not ask for this!”

We also complain, fatigued from carrying our burdens. Right? We all come home from work or school and say how much that co-worker bugs us or that client is nuts or that teacher is too hard. Well, I don’t do this. I come home every night and tell Erica I had a perfect day because nothing ever goes wrong with me.

Next in the text God acted to help Moses, and Joshua get’s upset, because Joshua was a good Lutheran and he didn’t do well with change (vv 16, 24–28). Joshua was accustomed to the God-ordained order of his “boss,” Moses, being the unchallenged Big Cheese. Then God sends the Holy Spirit and seventy people start to prophecy. So Joshua tried to stop Eldad and Medad from prophesying, thinking it was a challenge to Moses. He thought he was helping Moses out, but he was misguided.

We do the same thing. We work hard to protect our turf, jealous of others and their gifts. There might be someone who really helps out at work but you fear they are more promotable than you are. There might be someone on your school team or band or club that is a great addition, but you think they are cramping your style. And this can happen here at church, too.

The moral to all this today is that God shows His people that He gives us every blessing that we need and sometimes change is necessary. But what we think will make our lives better and what HE thinks will make it better are often two different things. In the text, He doesn’t give better food (like the Israelites griped about), a vacation from duties (like Moses griped about), or confirmation of leadership (which Joshua griped about). God’s answer is to give greater life in the Spirit. God’s answer is to give us more of Himself.

He did it by putting His Spirit on seventy elders. Everyone in this text is griping because they think they know better than God. God disagrees. He tells the Israelites No better food! The manna to which they were accustomed was already quite tasty (vv 7–8). (He did give them quail but He gave it to them so they would get sick of that too.) He told Moses No Time Off! But then He gave Moses Spirit-filled men to help him. He told Joshua No Need to Turf-Protect! The Spirit works in manners well beyond what we are used to (v 29).
And God shows us that He what He gives us is better than what we ask for. Life is more than food, having it easy at work, affirmations that “You’re the man!” It’s more than getting the latest iPhone or Samsung Galaxy. It’s more than protecting your turf.

God gives more than “stuff. He gives LIFE. Life is given by the Spirit, “the Lord and giver of life” (Nicene Creed). That life is the life earned for all people when the One who gives the Spirit, the eternal Son of God, laid down His life on the cross, died and rose again. No one is accustomed to gaining life by losing it, but that’s exactly what Jesus did—for Israel, for Moses, for Joshua, for us who through the Holy Spirit believe in Him.

So why do we spend so much time griping? Right? Let’s just pause our lives here for one moment, and be reminded by the Good Lord, that we are Blessed. That we are Loved. That we are Forgiven. That we are Saved. All given to us by our heavenly Father who loved us enough to also give us His Son to die and rise for us. So no more griping. Let’s switch to praising and thanking!