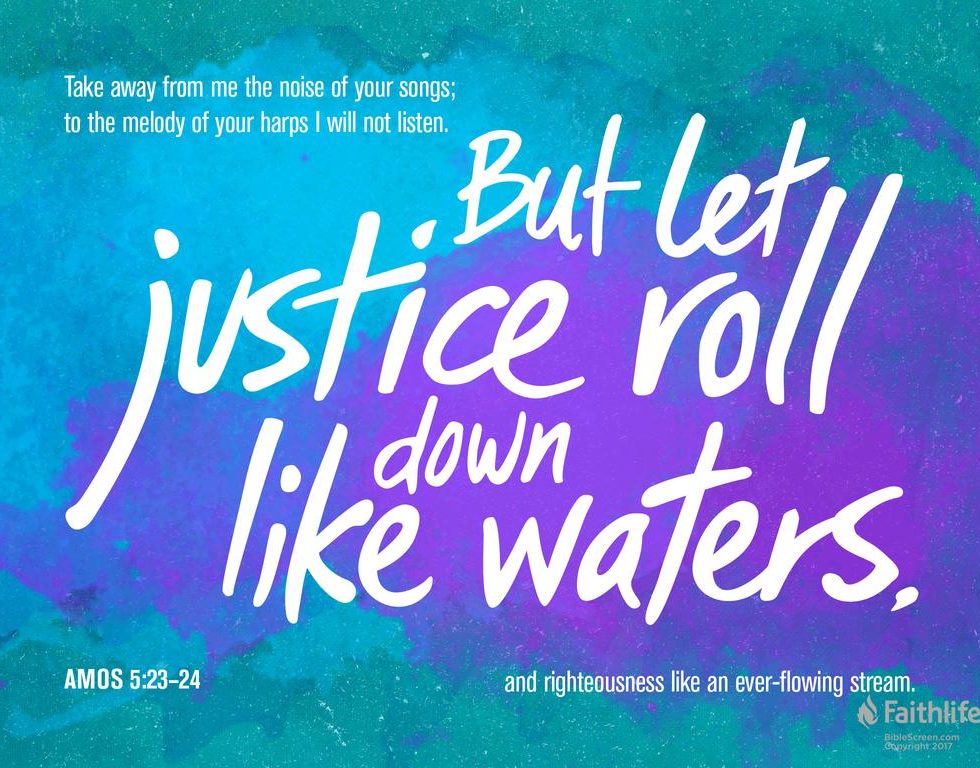 How good are you at following the rules? How good are you at following directions? Christmas is coming up. When your kids get the complicated toys where “Assembly is Required,” do you get out the instructions or do you just try and put it together? When you are making or baking something, do you treat the recipe like it is a chemistry experiment or do you see the recipe as merely a suggestion?

These are not really important questions where God is concerned, but God is concerned about whether or not we are following His instructions and doing things His way. For a long time now, our standards as a country, as a culture, have been going down, they are being reduced. God’s rules are no longer the norm where our culture is concerned. It used to be when I was a kid. Not anymore. When I Googled this, I saw articles about reduced standards in Army and Marine recruitment, reduced educational standards, and banks lowering their lending standards, again. (That’s smart, remember 2008?). And then there are our cultural standards, which are obviously lower than they were 50 years ago. Watch anything on TV now, and then watch any old show on Netflix or MeTV. It won’t take you long to see.

If we think we get to set the standards, then we’re probably going to look pretty good, right? But we don’t. God has set the standards. He makes the rules. That is a hard sell out there these days. And it was a hard sell 2800 years ago. In the text, Amos is telling his listeners to follow God’s standards, not their own. Today we are reminded of the differences between Our Standards and God’s Standards.

In our Old Testament Reading for today, we find the Israelites were feeling pretty good about themselves. They were doing sacrifices. They were outwardly observing and doing some of the things that God told them to do in worship. And they were RICH. The money was just rolling in back then. For the Northern Kingdom of Israel, that was a peak time for the country in terms of economics and power. Since things were going so well, they had to be doing well in God’s eyes, right? Since the money was flying in, and since they were halfheartedly worshipping God the way He said to worship Him, they were looking forward to the Day of the Lord (The Old Testament way to refer to the Day of Judgement) because they figured that God would ratify how great they were and defeat their enemies on that day.

But there was a problem. Their rating system for how “good” they were was not based on what God said, it was not based on God’s standards. Instead, it was based on their own standards. They were all thinking how wonderful they were while they were totally failing in God’s eyes. Amos warned them that the Day of the Lord was going to mean judgment rather than the blessings they expected. God said through Amos:

I hate, I despise your feasts, and I take no delight in your solemn assemblies. Even though you offer me your burnt offerings and grain offerings, I will not accept them; and the peace offerings of your fattened animals, I will not look upon them. Take away from me the noise of your songs; to the melody of your harps, I will not listen. (vv 21–23)

You will recall that the Bible says, more than once, we are to love the Lord our God with all our heart and all our soul and all our strength and all our mind. You remember that? Israel was not doing that. You can almost hear the response of the people of Israel: “Wait! What? These aren’t our feasts; these aren’t our offerings. This Sabbath stuff was your idea! You gave them to Moses and Aaron who gave them to us! If you hate them, why are we wasting all our time doing them?” And there it is. Part of the problem was with how they were worshipping, which I will get to in a minute. The REAL problem was with the hearts of the worshipers. As Proverbs says: “The sacrifice of the wicked is an abomination” (Prov 21:27). What God set up for eternal blessing, forgiveness, life, and salvation, the people had turned into just another thing to do on the to-do list—one thing in a list of many things THEY could do to make God happy with them. What THEY could do. That cause any alarms to go off for you? Remember two weeks ago here? We don’t save ourselves. We don’t earn God’s favor. It is given. But they thought they earned it. And now Amos reminds them that God had established the Old Testament worship not so the people could please Him by their work, but so that He could make them pleasing to Him through His work.

And the thing is, Israel’s worship was not the worship the Lord had given through Moses and Aaron. That worship took place at Jerusalem in the temple where the ark of the covenant was. Instead, these northern ten tribes worshiped at the shrines they had set up in Bethel and Dan and elsewhere. And to make matters even worse, when they worshipped they threw in some rituals used to worship the pagan gods of Canaan.
God had set things up His way, His place, specifically so folks wouldn’t all be off picking up ideas from the pagans around them. God has His standards, has told the people to do things His way, and they decided they would rather do things their way. If you follow sports, you know an NFL owner got in trouble for using this phrase, but it works regarding the Israelites: the inmates were trying to run the asylum.

That was then. What about now? We are not immune to Israel’s sin. Jesus has established His New Testament worship. He has promised and said where He will come to us with the blessings of faith, forgiveness, life, and salvation: in His Word, in Holy Baptism, in Holy Absolution, and in Holy Communion. But too many folks think they can make God happy apart from the ways He has set up. And so, a lot of people think they are saved by “being a good person,” whatever that means. A lot of people think the place to worship Him is to commune with Him on the golf course, or on the lake, or at the mountains, or in the woods, or on the beach. Or they think they can reach out to Him by generating sufficient excitement by putting on a good show but then just take a superficial glance at God’s Word. But apart from His Means of Grace—His Word, His Sacraments—there can be no right worship.

What about us? Do we do what they did back then? We do. Our hearts are not always 100% with what we are doing here. Have you ever thought while in Church: “Let’s get this over with so we can get on to more important things”? Do you get mad if the service goes a little long and you miss the kickoff, or you get to Jimmy’s Egg and there is a long line? Do you ever ask, “Does God really expect me to be here every Sunday?” (He does, Third Commandment.) And if you are here every Sunday, does the thought ever cross your mind that you should get some sort of medal—some sort of recognition for your dedication?

Here’s the thing: In all of these cases, just like that, the Divine Service has become something to check off the to-do list. Worship becomes something WE DO to be saved. What God has established for faith, forgiveness, life, and salvation, we can turn into just another task on the to-do list—one thing among many by which we can please God. The problem is that God has established His Means of Grace not so that you can please Him by your work, but so that He can make you pleasing to Him through His work.

Thanks be to God that you are not left in your sin! Jesus died and rose again to take your sin away from you. Including the sins of daydreaming in here, wishing I would say, “Amen” and get this over with, and thinking your being here is something you can do to help save your soul from hell. We are not the saviors. We are here to worship Him, THE Savior. Jesus did everything, Jesus did all the work to get us saved. And we are here to learn of that, be reminded of that, and worship Him for that.

So repent. Repent of your false worship. Repent of believing that you are here to make yourself acceptable to God by what you do. Repent of all the times you have looked at your watch in here because you want to go and eat. Repent and rejoice.

Rejoice that justice has rolled down like waters, and righteousness has flowed like an ever-flowing stream. On the cross, God poured out His wrath on Jesus. Justice was served. Every sin was punished. But Jesus took the punishment. And then He rose again. He did the hard stuff, and you have faith, forgiveness, and eternal life.

The Day of the Lord is coming. Take heart. For you, it will be a glorious day. (Good Lord willing, we will talk more about this in two weeks.) Jesus has received the judgment you have deserved. So today, and since the day you came to faith, this statement is true: When you are here in worship, in Word and Sacrament, Jesus Prepares You for the Day of the Lord. In Jesus, you are forgiven for all of your sins.