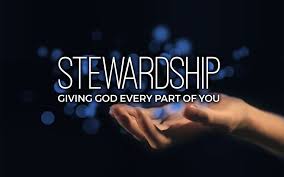 There is an old story that goes: Farmer Brown was going to support the work of the church by donating the milk, eggs, and bacon for a fund-raising breakfast. The animals in the barnyard were discussing what this would mean. The pig was complaining to the cow and the chicken about how this was much easier for them. “For you,” the pig explained, “this means a contribution. For me, it’s a real commitment!”
Stewardship of the blessings God gives us includes participating in the work of the church with firstfruit offerings that are. . . sacrificial. Today, we’re going to talk about sacrifice. We may think, “Sacrifice”? What Do You Mean, “Sacrifice”?! Well this is the theme we will discuss as we wrap up this year’s sermons on stewardship.

I wonder what Isaac was thinking as he talked with his father on the way to the mountain God was going to show him. You know how God told Abraham to offer his only son as a sacrifice.
As they were going along, a three days’ journey, Isaac said to his father, “Where’s the sacrifice?” Pause. Maybe a long pause. Abraham replied, “God will provide the sacrifice.” I don’t know how Abraham explained what this meant or exactly what Abraham expected, but he knew God had already provided the sacrifice.

We don’t worship with that kind of sacrifice today. But we ought to think about this: While we put our tithes and financial offerings in these plates, I believe God wants us to picture putting ourselves, putting us in the plate. The Bible is clear that we are to give our whole lives to God. We will always get stewardship wrong if we forget that nothing here is ours. We own nothing. We create nothing. Everything, including us, belongs to God. We are His creation, living in His creation. He gives us stuff to look after while we are here, but when we leave and go to Him, the stuff stays here. You can’t take it with you…because it is His, not Yours. We are renters in this world, not owners. And so when we talk about this idea of sacrifice, if we remember that everything is His (do you notice when we collect the offerings, my prayer asks God to bless and receive the gifts we give back to Him from what He first gave to us?) and His Word tells us to live our whole lives for Him, to love Him with all our hearts and souls and minds, then we can understand when I ask you to picture yourself in the offering plate. When we know everything is His anyways, it frees us from the greed, and the coveting, and the living for money and stuff and comforts, and instead we live to serve Him and one another. (Leona, Lucille,)

Let me give you an example. John tells us in his Gospel:
“Lifting up his eyes, then, and seeing that a large crowd was coming toward him, Jesus said to Philip, “Where are we to buy bread, so that these people may eat?” He said this to test him, for he himself knew what he would do. Philip answered him, “Two hundred denarii worth of bread would not be enough for each of them to get a little.” One of his disciples, Andrew, Simon Peter’s brother, said to him, “There is a boy here who has five barley loaves and two fish, but what are they for so many?” Jesus said, “Have the people sit down.” Now there was much grass in the place. So the men sat down, about five thousand in number. Jesus then took the loaves, and when he had given thanks, he distributed them to those who were seated. So also the fish, as much as they wanted.” (6:5–11)

This is an example of sacrificial giving. The kid who volunteered his lunch was making a sacrifice. The fact that his bread was made of barley shows that he was poor. He had to assume that giving up his lunch meant he would be hungry. The kid was willing to go hungry if it meant helping someone else. When Jesus fed the five thousand, Andrew didn’t search the crowd and grab the boy with the lunch and tell him to give. The boy himself wanted to do it, and he didn’t offer his lunch because he knew what Jesus was going to do with it, so he’d get a bigger lunch anyway.

Another idea I am trying to get across to you is that sacrifice is a free act of love. Paul writes, “Of their own accord . . . they gave themselves first to the Lord” (vv 3–5). And he wrote to the Romans, “I appeal to you therefore, brothers, by the mercies of God, to present your bodies as a living sacrifice, holy and acceptable to God, which is your spiritual worship” (Rom 12:1).
Actions say something about our relationship. What do you give to, what do you do for the one(s) you love the most? We do more for those we know and love the most, right? Is God on that list? This is why we should be “in the plate.” Everything we do should be for Him.

God loves us even more than we can love one another. He has given us all we have. Mark tells us about a woman who realized this.
“And [Jesus] sat down opposite the treasury and watched the people putting money into the offering box. Many rich people put in large sums. And a poor widow came and put in two small copper coins, which make a penny. And [Jesus] called his disciples to him and said to them, “Truly, I say to you, this poor widow has put in more than all those who are contributing to the offering box. For they all contributed out of their abundance, but she out of her poverty has put in everything she had, all she had to live on.”” (Mk 12:41–44)

Sacrificial giving is giving our whole lives. Paul describes the Macedonians in vv 3–4 of our text: “of their own accord, begging us earnestly for the favor of taking part” in the offering. Paul goes on to say after what is printed in your bulletin, “Each one must give as he has decided in his heart, not reluctantly or under compulsion, for God loves a cheerful giver” (9:7). This isn’t just about money/thank offerings, this is about our time, our talents, our lives lived for God. We all need to give offerings in worship, not because God needs them but for the sake of our own spiritual life., to keep things in perspective. We also need to give of our abilities and time here. We need to live for Him, and not for our jobs, our money or our stuff. Paul writes of the Macedonians in v 4 that they were “taking part in the relief of the saints.” They cared about others. It was famine relief. We need to live for God, for our brothers and sisters, and not just for ourselves.

Sacrifice is also an expression of faith in God. When Isaac asked about the sacrifice, Abraham answered, “God himself will provide.” He didn’t know how; he only knew what he himself was to do, and he knew God would do His part. He knew God had promised him a big family through Isaac and that He had already done miracles to keep this promise. Sure enough, God provided a ram, a male lamb that had gotten hung up in a bush. This lamb was substituted for Isaac and saved his life. This, of course, is a picture of Jesus, the Lamb who was hung on a tree as a substitute for us to save our lives when He rose again.

It is Jesus’ sacrifice that makes all the difference for us and makes a difference in us. Sacrifice is a free act of love. Jesus was taunted to come down from the cross, but love held Him there. Jesus’ sacrifice was for unworthy sinners who were still rebellious. He showed us how this works when He died on the cross and rose again for us. Sacrifice is not for the sake of getting but for the sake of others.

This is why we should live our lives like we are in a big offering plate, giving with joy, giving thank offerings as well as our time and abilities. Giving ourselves.