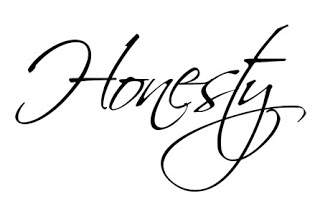 Exodus 20:16
“Protect Reputation”
13″You shall not bear false witness against your neighbor.”

There are some cliche’s that are true and valid, and there are some that are not. “It ain’t over til it’s over.” True. “It is what it is.” True, but redundant. “A bird in the hand is worth two in the bush.” True, unless the one in your hand needs to go to the bathroom.

Perhaps the most incorrect cliche’ or proverb in our culture is, “Sticks and stones may break my bones but names will never hurt me.” Words can hurt. They can hurt us to the core of our being. Child psychologists tell us that it takes 10 positive remarks to compensate for one negative remark–and I think that is just as true for us adults as it is for kids.

It is too easy for us to sin in so many ways, but I would put before you here this morning that it is among the easiest to sin by our words. It is just too easy. We are warned against false witness, deceiving, lying and gossiping ten times in the book of Proverbs. “The Lord detests lying lips” (Prov. 16:22). “A gossip betrays a confidence, but a trustworthy man keeps a secret” (Prov. 11:13). “A perverse man stirs up dissension, and a gossip separates close friends” (Prov. 16:28).

The next thing this commandment addresses is betrayal. This usually comes about when a friend says, “You want to know a secret?” And when you say yes, they tell you. Problem number one is when they told you, it was no longer a secret. The next problem is that now you want to tell someone else! Don’t do it! Don’t betray your family, friends, co-workers. Judas did that. Now how many people do you know named Judas? There are lots of Matthews, Marks, Lukes, Peters and so on, right? But no Judases.

The next thing we need to remember here is no slandering. That means to make false and damaging statements about someone. Public examples of this that are most commonly found in political ads. A famous ad from when I was a kid was called the “daisy ad.” It showed a girl picking pedals from a daisy, followed by a nuclear explosion. It said, in a way Barry Goldwater could not sue for slander, that if you voted for him he would nuke the world. He lost the 1964 race. Slander is so common in political ads, that many of us have gotten to the point we don’t believe a word of these ads. And yet, they keep making them.

Your reputation is your most important legacy. You can leave behind children. You can start a business. You can make a lot of money and leave behind a huge inheritance. But your real value to the world is who you are, your character, your example, your influence.

Who are the people of character in your life? The people who have inspired you, formed you and supported you? Their reputation gives us strength and direction in our lives. So who is that for you? A parent, aunt or uncle, a friend, a pastor or teacher, a coach? What would happen to you if that person’s reputation was destroyed? You, too, would be devastated. Think of the reputation these days of lance Armstrong or Ryan Braun. Then think of how those who defended them ended up looking.

This commandment protects something more valuable than property. It protects our value as a creation of God. It protects all that we are and want to be. And it is so vulnerable. How do you protect yourself when you are accused falsely? How do you undo your gossip against others? A reputation built up over years can be can be destroyed in a moment by one lie. It may never be able to be restored.

A year and a half ago I told you all the story of when I was at my first churches as a pastor, I had a dual perish, I got a phone call from one of my members saying everyone in town was at the post office talking about what a jerk I was for not doing the wedding of a certain couple. My name in that town was mud for as long as I was there. Oh yeah, I was never asked to do the wedding in question. Lies turned into gossip which turned into slander. I can tell you that I didn’t see many new faces at that church.

Yiddish folklore offers a telling tale about gossip-makers. One such man had told so many hateful lies about the local rabbi that, overcome by remorse, he begged the rabbi to forgive him. “And, Rabbi, tell me how I can make amends.” The rabbi sighed, “Take two pillows, go to the public square and there cut the pillows open. Make sure it is a windy day, and wave them in the air. Then come back.” He quickly went home, got two pillows and a knife, ran to the square, cut the pillows open, waved them in the air and ran back to the rabbi’s chambers. “I did just what you said, Rabbi!” “Good.” The rabbi smiled. “Now, to realize how much harm is done by gossip, go back to the square and collect all the feathers.”

That is why Martin Luther, in his explanation, encourages us not only to avoid lying, but to actively protect reputations in society. “We should fear and love God so that we do not tell lies about our neighbor, betray him, slander him, or hurt his reputation, but defend him, speak well of him, and explain everything in the kindest way.”

Here is a practical application for you. I have shared this with you before as well, but it bears repeating. When I was a kid, my mom always used to tell me, “Think before you speak.” We all need to do that. Before we say anything, to someone face to face, on the phone, at work or by that coffee maker back there, see if what we are about to say passes the “T-H-I-N-K” test. T–Is it true? H–Is it helpful? I–Is it inspiring? N–Is it necessary? K–Is it kind? If what you are about to say does not pass those tests, don’t say it! If we do this, we are putting the best construction on everything.

That is how God looks at us. He deals with us in the “kindest way.” He knows you and me at our worst. He’s seen us when we did the things nobody knows about, not even our spouses or best friends. But as we heard last week, He “does not treat us as our sins deserve or repay us according to our iniquities” (Ps 103:10). Jesus stands at our side to defend us. He tells Satan all sins have been paid for by His death on the cross in our place, and by His rising again. He covers us with His perfect life so we can stand in God’s presence perfect and holy. We are completely forgiven. The Father knows all we have done and all we have failed to do. Yet in His grace, He adopts us as His children.

Be honest. Don’t share secrets. Don’t break promises. Don’t gossip. And when we fail, no matter how badly or how often we have failed in the past, our heavenly Father continues to have great plans for us in His kingdom. He continually thinks well of us. He continually has hope for us. He never gives up on us. “‘I know the plans I have for you,’ declares the Lord, ‘plans to prosper you and not to harm you, plans to give you hope’” (Jer. 29:11).

He wants us to do the same for those around us. He wants us to love our neighbor, forgive them, “defend them, speak well of them, and explain everything in the kindest way.” This is how you protect your neighbor’s reputation. And when we do this, we also improve our own reputation. What a deal.

It is my prayer that God would lead us to do just that for the sake of His Son.