“My Will Be Done”

“My Will Be Done” 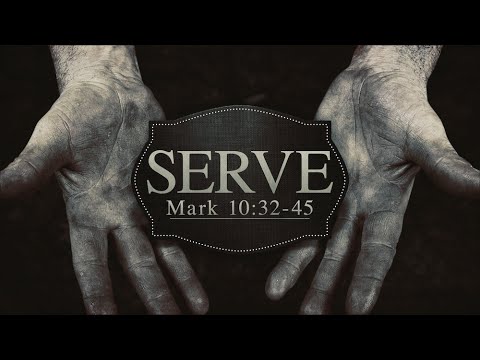 We like to have things our way, right? If you go to Jimmy’s Egg after church this morning and order one of their omelets and they give you runny fried eggs, you will send it back, right? Burger King, when I was a kid, did a whole ad campaign based on our desire to have things done our way. Remember “Have it your way”? “Hold the pickles; hold the lettuce, special orders don’t upset us, all we ask is that you let us serve it your way.” Remember that? Well, in the Gospel for today we see James and John going up to Jesus and wanting things their way, asking for the best seats in the house, the best jobs/positions, they wanted to be next to Jesus “when He (came) in to (His) kingdom.” They didn’t know what they were asking for, and sometimes we don’t either. Today we talk about how there are times we talk to God and say, “My Will Be Done.”

In the text today we see Jesus and the 12 on their way to Jerusalem. This is after the Transfiguration and before Palm Sunday. James and John approach Jesus and they say to Him, “We want you to give us whatever we want.” This is not good. What would your reaction be if your kids came up to you and said, “Give me whatever I want”? My kids have tried this. They did not like the outcome. Back when my kids were younger, I made breakfast for my boys pretty much every day but Sundays. Matthew would tell me what he wanted; I would place it before him. And as soon as I sat down with my breakfast, he would want what I had. I wish I had a dollar for every time he said to me, “I want that!”

Jesus showed a little more patience than I do in these situations. Jesus said, “What do you want?” James and John replied, “We want to sit at your left hand and your right hand when you are in your glory” or “when you come into your kingdom.” They asked for the best seats in the house. They literally wanted to be Jesus’ right-hand men, if you will. They wanted to be the bosses, the next in line down the chain of command. What they were failing to understand was that Jesus was going to “come into His kingdom” by dying on the cross. As we have talked about before, the Jews of Jesus’ time were expecting a king that was going to come in and throw the Romans out and be like David and Solomon. That’s what James and John thought when they made this request. Jesus eventually informs them they didn’t know what they were asking for, and that He couldn’t make the seating arrangements. His Dad did that.

An aside here: one of my professors at Seminary, Dr. Brighton, taught us the two people at Jesus’ left and at His right when He was in His glory were the two thieves on their crosses with Jesus. Think on that for a moment and ponder how true that really is.

Where things get interesting, at least to me, is that when the other ten heard about this they got mad at James and John. I think most of us look at this and think they got mad that James and John asked the question. I think they got mad because the other 10 didn’t think of it first! They all wanted the job. They all wanted the power, the prestige, and the glamour that would go with sitting next to Jesus on His throne. They all said, “I want what I want.” They all said, “My will be done.”
Jesus then had to teach them an important lesson. He basically told them, “You want to be first in God’s eyes? Act like you are last. The pagans are always trying to be lords and be on top. If you belong to me, you need to think of yourself as a servant.” And then Jesus gave the famous line, “For even the Son of Man came not to be served, but to serve, and to give His life as a ransom for many.”

We would all prefer to be the boss, not the worker bee/drone, right? To serve, to help, is not always our first instinct, right? I read the story of how during the American Revolution a man in civilian clothes rode past a group of soldiers repairing a small defensive barrier. Their leader was shouting instructions but making no attempt to help them. Asked why by the rider, he retorted with great dignity, “Sir, I am a corporal!” The stranger apologized, dismounted, and proceeded to help the exhausted soldiers. The job done, he turned to the corporal and said, “Mr. Corporal, next time you have a job like this and not enough men to do it, go to your commander-in-chief, and I will come and help you again.” It was none other than George Washington.

I think there are a lot of times that we act like the apostles, and we want what we want, and we want the power, and we want things done our way regardless of the cost to others. I have seen this way too many times in Church meetings, where one person wants their way and when the others don’t agree, the one tries to push their desires forward anyway. You know, they will try and bully the congregation, and people give in just to end the meeting. I think there are way too many times that we are not content with what God has given us and we ask for more, and we even DEMAND more. Be honest now. When you got a diagnosis you didn’t want to hear, when you were having relationship trouble or trouble with the kids, problems with the job, or the boss, did you ever tell God what to do? The truth is, we all have.

James and John were wrong to go to Jesus and say, “Give us whatever we want.” They didn’t want to yield their lives to Jesus, they wanted Him to yield to theirs. This can get dangerous. Some years ago (In the summer of 1986), two ships collided in the Black Sea off the coast of Russia. Hundreds of passengers died. The bad news was it wasn’t a technology problem like radar malfunction–or even thick fog. The cause was human stubbornness. Each captain was aware of the other ship’s presence nearby. Both could have steered clear, but according to news reports, neither captain wanted to give way to the other. Each was too proud to yield first. By the time they came to their senses, it was too late.

People can do that, too, when it comes to God. We don’t want to yield to God, we say “My will be done.” Martin Luther, a long time ago, wrote something really profound. He said the way we need to end every prayer is by saying, “God, Thy will be done.” He said those words, by themselves, were the perfect prayer.

We need to remember we belong to God. He bought us with the crucified blood of Jesus. God’s plan to get us forgiveness was the death and resurrection of His Son. We are to seek His will, follow His plan. We are not in charge. He is. And we are to serve Him, and each other in love. Jesus said it today: “Don’t try to be first. Try to be the best server.” Jesus showed us how, by giving His life as a ransom for many. By giving His live as a ransom for you. May we be led and guided to love and serve, for the sake of Jesus who died and rose for us.