“Larger than the Stone”

“Larger than the Stone” 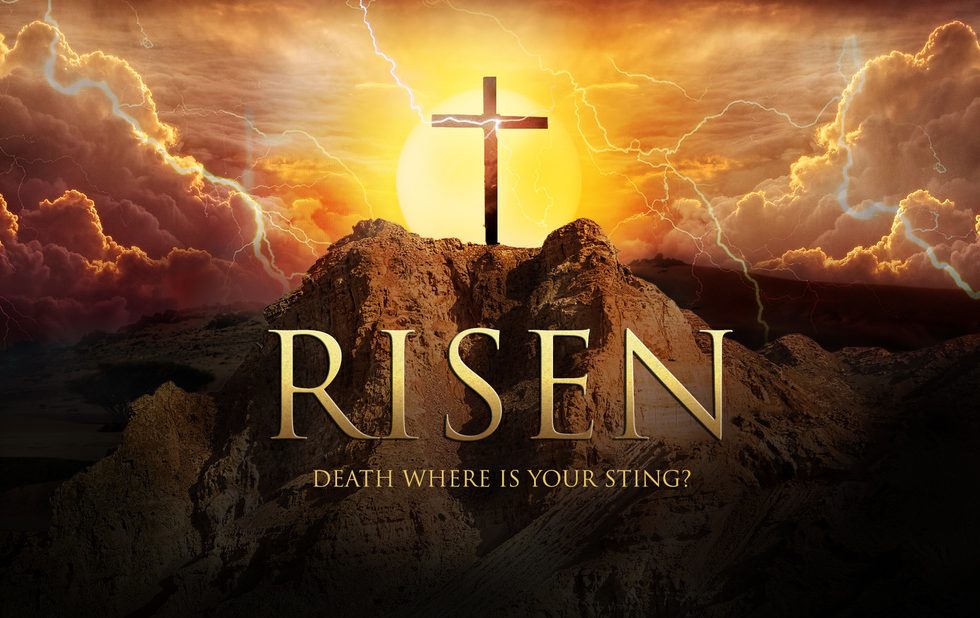 Have you ever seen a tomb in the Holy Land? I have seen pictures. Usually, the opening is square. Off to one side is a stone, round in shape, propped up against the side of a hill a foot or two higher than the entrance of the tomb. It is a large stone, and I’m sure it would take a couple of strong men to get it rolling down the groove they had there to get it to the front of the tomb. Then there should be a rock wall on the other side to stop it right in front of the entrance; and rocks in front of the tomb to keep it from tipping over. Once it was closed, you wouldn’t want to open it.

This could very well have been what the tomb in which Jesus was placed looked like. Joseph of Arimathea was fairly wealthy, and he could have had a tomb, with a circular stone in front of it, waiting for his burial. When he put Jesus in the tomb, with some help from Nicodemus, he would have pushed the stone and started it down the track. You can imagine the sound it would have made when it suddenly stopped in front of the tomb. THUD! The stone in front of Jesus’ tomb was very large, Mark says in our Gospel. It was huge. After it went “Thud!” it was not going to be moved without a great deal of effort. When it went “Thud!” it was there to stay. Or so it seemed.

That is kind of what happened to the lives of those who were with Jesus or knew Jesus well. Everything came to an end with a “Thud!” The stone rolls in front of the tomb. Everything comes to a halt. His apostles have run for their lives. Two men, Joseph and Nicodemus, have risked everything to bury him. Remember, those who were crucified were not buried, the Romans left the bodies on the crosses for the vultures. And some women have stood at a distance to see where Jesus is buried. His body is covered in darkness and surrounded by silence. He’s dead. And that great big stone is in front of the tomb. That is where we left off Friday night.

Today is Act III. If you took part in our services Thursday night, and Friday night, you know that Today is Act III of the/our Salvation Drama. Very early on that first Easter morning, everything changes. The women are coming up the path to anoint Jesus’ body with spices to cover up the odor of death. But they aren’t strong enough to move the stone. They’re ready to take care of His body, but they have forgotten one important detail. How will they get in?

When they get there, that small, actually very big, detail has already been taken care of. The stone, that large stone, has been pushed away. In Matthew’s account, it says an angel did it. We don’t know from Mark just how the stone was moved, but I imagine it was no trouble at all. I imagine for God it was like—when you see a crumb from a cookie on your shirt. You put a finger under your thumb and just flick it away. “Flick.” It’s gone. From a loud “Thud!” to a small “Flick,” and the tomb is open.

The women are amazed and afraid. An angel is there, waiting for them with a message. The heart of the message is this: He is risen! The body is not in the tomb anymore. He is alive and is going to meet His disciples, just as He said He would. Now that message is huge. Jesus’ resurrection from the dead is larger than any stone/any thing. No stone could keep Him in, no matter how large, and the women go in, no longer to anoint the body with spices, but to hear words that will loom large for the rest of their lives. He is risen!

And just as He said He would, Jesus meets His disciples over and over again during the next forty days. You heard about those get-togethers in Paul’s Letter to the Corinthians. During a couple of those reunions, Jesus does something that looks so small and ordinary. He eats with His disciples. He picks up a piece of fish and eats it. Why is this such a big deal? Because Jesus is not auditioning for a Ghostbusters remake. He is not a phantom. He is flesh and blood. The scars are there for Thomas to touch and believe. The simple message “He is risen!” is larger than any stone, than anything that could ever keep him from His followers. Jesus’ resurrection is huge!

That was true for them. It is true for us. And it matters in our lives today. I read about a pastor who before he went to seminary was a gravedigger. He and his brother would dig the graves and, after the committal service, fill them in. One time was especially heart wrenching for them. It was the burial of an eight-year-old boy who had drowned in a creek by his house. The mother wanted to stay and watch the burial. The two brothers told her that it wasn’t a good idea. When the dirt goes into the grave, the phrase “dust to dust” becomes all too real. But she wouldn’t leave. So he started to push the dirt into the grave.

Grief and sorrow are so painful. Folks sit down to eat at the table, and an empty chair stares back. No sounds of laughter. The plate is in the cupboard. The silverware sits quietly in the drawer instead of clanging on the table. The glass is on a shelf instead of a drink being swallowed. Someone is missing. A voice has disappeared.

But not for Jesus. The day will come when He will return in glory and power. The silence will be shattered, the darkness undone. He will come to your grave, to the graves of all who have followed Him. The gravestone? Like a tiny crumb. Flick. Away it goes. Same for the dirt. And out we’ll come. Bodies alive once again. Hands and feet that will hug and dance. Eyes to see the beauty of God’s new creation. Ears to hear the songs of praise that will make our loud and joyous Easter singing seem like a whisper.

And we’ll be surrounded by those who love Jesus. We’ll be laughing and talking. Think for a second about that noisy celebration. All because Jesus is larger than the stone. Isaiah says the Lord God will swallow up death forever. Tears will be wiped away from our eyes. All those things are too small to stop Jesus on the Last Day, the day of our resurrection.
Going back to the story I started earlier, when the soon to be seminarian gravedigger began to fill in the young boy’s grave, the mother began to sob, her shoulders shaking. His brother went over to her. He was a hunter and fisherman, a manly man kind of guy. He put his arm around her and asked if her son had been baptized. She nodded yes. Then, like an angel many, many years earlier had said to some women at an empty tomb, he assured her that her son was with Jesus. He told her that one day, she would see her son again (Mk 16:7).

The simple message “He is risen” changes everything. It is larger than any stone, larger than anything that could ever keep us from Jesus and that incredible feast on the day of our resurrection.

But not just on that Last Day. Jesus’ Resurrection Is Larger Than Any Stone Every Day of Our Lives. How so? Because now, some of the smallest sounds are larger than the thud of a stone.

Listen to the pages of a Bible being turned. No stone, no matter how large, can stop Jesus from assuring us He is with us always, even to the end of the age. (or the end of the page!)

Listen to the joyous hymns and songs being sung today. No stone, no matter how large, can stop those who love Jesus from singing His praise.

Listen to the laughter as you sit down later today to eat with family or friends. No stone, no matter how large, can stop Jesus from giving us a glimpse of the feast to come.

Listen, again, to the message that changes everything. “The Lord is Risen!” He is Risen, Indeed!