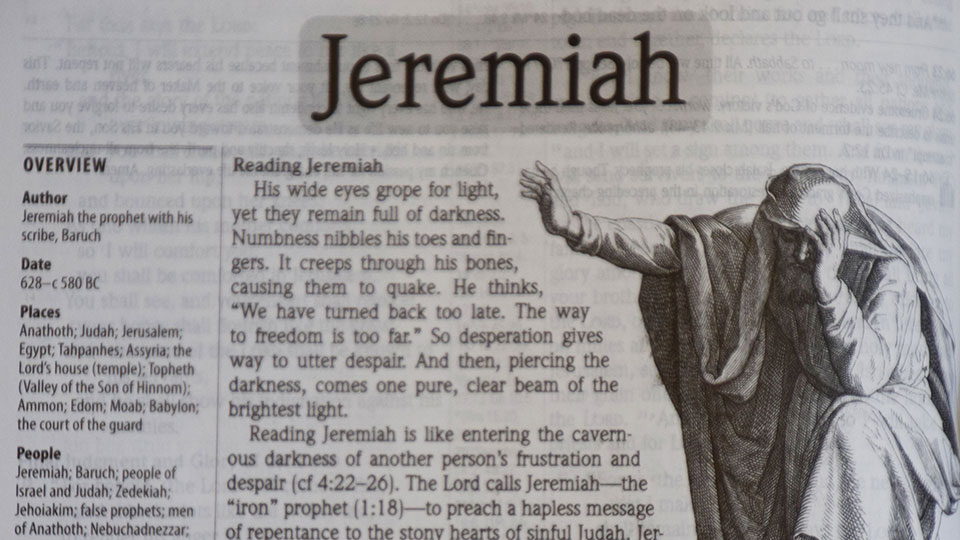 You have all heard the saying, “If you want a job done right, you’ve got to do it yourself.” You’ve heard that, right? Sometimes it is true. Sometimes. For me, if I have wanted something done the way I thought it should be done, then doing it myself was the answer. We all have talents. There is something for each of us we do better than a lot of people, right? For me, like preparing and preaching this sermon.
However, this is not always true, is it. Sometimes, I’m just not the best equipped to do a job. I can assure you I’m not volunteering myself to fix my car, to do any carpentry, any plumbing, pretty much fixing anything. I am not good at that stuff.

God gives many tasks to His people. In ancient Israel, for example, He placed kings on their thrones to take care of His people. And God put priests in their positions to take care of the spiritual needs of God’s people, and make sure they were worshipping the True God. But these kings and priests weren’t always faithful, weren’t always good at their jobs, they didn’t always care for the sheep entrusted to them as much or as well as God wanted them to. So in our text this morning, the Old Testament Reading for today, God tells Jeremiah that He/that God will step in where His priests and kings have failed, and He will do the job Himself. The Lord Says to His People, “I Will!”

We begin today with the shepherds who failed at their jobs. It should not surprise you to hear that God, through His Old Testament prophets, often speaks of His people as sheep and of their leaders as shepherds. Jeremiah uses the image of a shepherd to talk about the priests of his day. In the ancient world, shepherding was particularly important. Sheep, both goats and lambs, provided the major source of meat. Sheep, and goats, were also an important part of Old Testament Israelite worship—the regular sacrifices, even Passover. Shepherds had crucial tasks in caring for the flocks: to provide food and water, to provide shelter, to protect the sheep from wolves and other predators, to guard against thieves.
The problem is, those priests who were supposed to be taking care of the people, weren’t shepherding. Did you hear God’s accusation? “Woe to the shepherds who destroy and scatter the sheep of my pasture!” The priests weren’t leading God’s people to God! They had failed to take care of the flock. The shepherds were to blame for not teaching the people God’s Word and this led to God’s people disobeying, and the end result was their exile to Babylonia. They were all taken from their homes because they ignored/didn’t listen to God.

To those shepherds who did a lousy job of shepherding, God said, “I will” (vv 2b–4). First, God says, “I will deal with you, you evil, self-serving, should-have-been shepherds! And it won’t be pretty.” Then, He says, “I will gather the flock. I will bring them home to safety and quiet. And I will appoint new, better, faithful shepherds.”

In the second part of our text, God deals with the kings who fail Him and His people. In the ancient world, being king, ruling, was also an important job. God appointed a king over His people to lead them in His ways. A king had many responsibilities: defense of the people, to promote the economic welfare of the nation, to administer justice and the laws, and in Israel, above all, to see to it that the priests did their job properly. The problem is the rulers didn’t rule, at least not in that way. As Jeremiah wrote this, King Zedekiah was a puppet of Babylonia. He rejected God’s message given through Jeremiah. He allowed or promoted worship of other gods/idols. His actions led to the destruction of the holy city, Jerusalem.
God’s solution (vv 5–6)? God says, “I will raise up a new king, a new David.” “He will act wisely, execute justice, save Judah.” In all of this He will be the reverse of King Zedekiah. He was a descendant of David who was placed on the throne by the Babylonian king Nebuchadnezzar as a puppet after the Babylonians captured Jerusalem and took the former king (Jehoiachin) into exile around 597 BC. Zedekiah ruled for about eleven years, until the destruction of Jerusalem and the exile of 587 BC. The name Zedekiah means “Yahweh is my righteousness.” This is essentially the same meaning as the name that Jeremiah says will be given to the proper David-like king to come, “Yahweh is our righteousness.” However, the elements of the name are reversed: zedeki–ya[weh] versus yahweh–zedeqenu. The reversal of the name captures the point of God’s message, that in the time to come, the proper king of Israel will reverse the situation brought on by the failure of the kings of that time.

We might have expected all of this. We would surely expect God to replace wicked priests and kings, shepherds and rulers who weren’t doing their jobs. We can all point to people who govern or judge today who we think are doing a lousy job. We’re not surprised that He’d give them new shepherds and kings.
But God does something unexpected. He says, “This job is too important and is more important to me than to anybody else. I’m the one who has the know-how, the skill, and I’m the one who will give this job the tender loving care like nobody else. I’ll do this job myself!”

God replaced those faithless leaders with Himself. He becomes the shepherd. He sent His Son Jesus who said, “I am the Good Shepherd,” of Psalm 23. He becomes the King. The righteous Branch, Jesus, is the Son of David born to Mary. He reigns over us, always wisely, justly, righteously. Even more, He laid down His life for the sheep, died on the cross, He was the sacrifice for His flock, His people, and rose again. God sees the need for the job to be done, and He knows that for the job to be done right, He has to do it Himself.

It reminds me of a story that I saw a few years ago out of Florida. A mother by the name of Heather Town, was killed when a tornado swept her home off its foundation and she, along with her daughter, were thrown into the woods that were 200 feet away. When Heather’s body was found, she was covered in debris and wrapped in barbed wire. In her arms, still alive, was her three-year-old girl.
Unbelievable.

That tornado could lift a home, throw an adult woman through the air, even take a mother’s life, but it couldn’t take that woman’s child out of her arms. Now that is love. Now that is sacrifice. Now that is determination. When the storm hit and the question was asked “Who will try to protect this little girl?” Heather said, “I will.”

God the Father says, “Who will go for us, pay the price for these sheep who have followed their faithless leaders and wandered away? Who will suffer everything they deserve, even the punishments of hell, so that we can have them back with us?” God’s own Son, Jesus answers and says, “I will.”

Jesus, says, “This is a job for me.
“I will become your shepherd and king.
“I will die for you.
“I will rise for you.
“I will wash you in Baptism.
“I will give you my body and blood.
“I will hear your prayers.
“I will take you to heaven myself on the Last Day.”
This was a job only He could do. And He did it. And He will keep doing it.