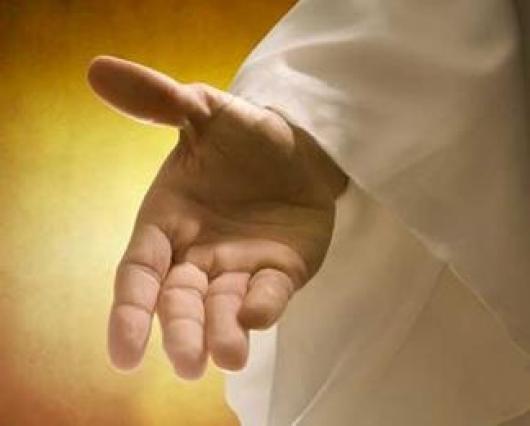 When we older people collectively look back at our childhoods, there are certain things that stand out. Many of us remember the first kiss, filling test papers out and filling in the little holes with a number two pencil, lunch ladies (the ladies you put the food on the plastic plate), and then there are the recess/PE memories. I was of the first generation when PE teachers thought it would be a good idea to teach kids how to square dance. I had a junior high PE teacher who wanted us to learn how to play rugby. (I went in a corner of the field and stayed as far away from the action as possible. I was 6 foot 1 inch, 100 pounds. I would have been snapped in two like a twig.)

And then there is the whole “getting picked for teams” thing. Some people know the glory and honor of being picked in the first rounds. Some know the anguish of being picked last, or nearly last. I got picked early for basketball, but Debbie Vogt got picked before I did in softball. A girl! (Then again, she could really hit.) Today, our text is early in the Book of Acts, where the remaining apostles pick a replacement for Judas. But we will also be reminded that from God’s point of view, there is no first or last, we are all “Getting Picked.”

As our text begins, the apostles, and other followers of Jesus, are returning to Jerusalem after Jesus’ ascension. He ascended from the Mount of Olives/Bethany. The Mount of Olives to Jerusalem was a Sabbath’s day journey, which was two thousand cubits, or about half a mile. The “rules” were that you weren’t supposed to go more than that far away from your house on the Sabbath. In Jerusalem, Luke tells us they went to the upper room, which may or may not have been the place where Jesus instituted the Lord’s Supper. This is a different word here than in the Gospel of Luke, and Luke is the human author of Acts, as well. We get the list of the apostles minus Judas, and then we get a line of Scripture that is the basis of a very old pastor joke:

What kind of car did the apostles drive?

A Honda, because they were in one Accord.

(I know…that’s bad.) But we are told they were unified in their work and mission, and they were spending much time praying.

This is where the plot thickens. Peter got up in front of all those who were assembled there. It was about 120 people, so this was a pretty good sized room. He remarked on how it was prophesied in the Old Testament how one of the Messiah’s followers would betray Him, which Judas did. And then we have this little parenthetical account of what happened to Judas, in some (gross) detail. As an aside, when I was on vicarage in 1989 at Christ Lutheran Church in Little Rock, one of my tasks was teaching religion to the 42 7th graders that went to our school, only 11 of which were Lutheran. This was not fun. The bleeding stomach I had in 1992 was started in that classroom. What I taught that year was the Book of Acts. When I got to this part, I will always remember a young lady (who is now 41, wherever she is), when she heard about Judas’ bowels gushing out, she said, “Vicar, do you have that on film? I want to see that!”

At any rate, Peter pointed out that they were one man short. And they discussed it, and picked out two guys who were among the disciples from the beginning, Joseph/Barsabbas/Justus (Hebrew, Aramaic, Latin), and Matthias. And Matthias was the one selected.

Before we go on, you may be wondering what happened with Matthias after this, what great deeds he is said to have done. The answer is: he is never mentioned in Scripture again. One of my instructors over the years mentioned a theory that says that it might be possible that God’s plan to replace Judas was to call Paul, and the apostles jumped the gun. I am not saying that is the case, but it is interesting.

So we applaud, on behalf of Mathias, that he was picked by the Lord. Now my question for you is this: Has Jesus ever picked you? Maybe you are answering yes, but you think that Jesus has picked you for bad stuff. Maybe you are tempted to think that when the bad stuff happens (sickness, losing a job, death of a loved one, divorce etc.), that is God smiting you for the evil you have done. Let me remind you that God does not work that way with us. When Jesus was hanging on the cross, for our sins, Jesus took all of the Father’s smiting for our sins. Jesus took all the punishment for us. Jesus took it all. It is why He said, “It is finished.”

Now bad things still happen, of course. Bad things happen because there is sin here in this world. While God does not smite us, we also have to live with the consequences of the sins we do and the bad decisions that we make. But God does not “choose” us for that.
God does choose us. He has chosen every one of us. He has chosen us to be His children. He has chosen us to be the recipients of His Grace. He has chosen us to be forgiven, to be faithful, and to have eternal life. God chose you! He loves you. He sent His Son to die for you and to rise again for you, and He wants you to live a life as His Child, part of His family. God chose you! You did not choose Him. As we say around here, “God does the verbs.” And He has chosen you to be His representatives in this world, to tell others that as you have been chosen, so has everybody else. God gifts are here for all who will receive them.

Let’s start to wrap this up. I believe all of you are familiar with a little incident that occurred on an airplane used by United Airlines. The plane was full, some United employees need to get on the plane, and Dr. David Dao was chosen, picked to come off the plane so they could get on. I think you all know that part. You may not know that United Airlines’ President Oscar Munoz wrote a memo to his employees. Part of that message said his agents “were left with no choice but to call Chicago Aviation Security Officers to assist in removing the customer from the flight.” That’s not quite right.

You may have heard that the airline offered the folks on that plane $400 if they would travel later. When that didn’t work, the agents raised the incentive to $800. Again, there were no takers. You may not be aware that the United folks at that gate were authorized to go to $1,000, or even $1,350. We will never know for sure, but I think they would have gotten some takers for 1300 bucks. It would have been worth a try. It would have been good to do all that could have been done.

Jesus, on the other hand, is different. He did all that He could do and He did it all the time. Think about it: when Jesus went to the cross, He was carrying every sin committed by every person who has ever lived, or who will ever live. There were no exceptions. Not one. That is why, when He said, “It is finished!” It really was.
The fact that He rose again from the dead on Easter proves that He did everything needed. He blesses us with faith, forgiveness, and eternal life. He prepares a place for us with Him in heaven. We don’t deserve it, but God then did something He didn’t have to do: He chose us.

Therefore, the next time you feel you are left out (friends go out without you, kids at school say you can’t sit with them at lunch, captains are picking teams for dartball and you are picked last because everyone knows you are blessed if you can just hit the board) know this: God does not ignore you, forget about you, or abandon you. He has picked you to be His child. He has chosen you to be forgiven, loved, saved.