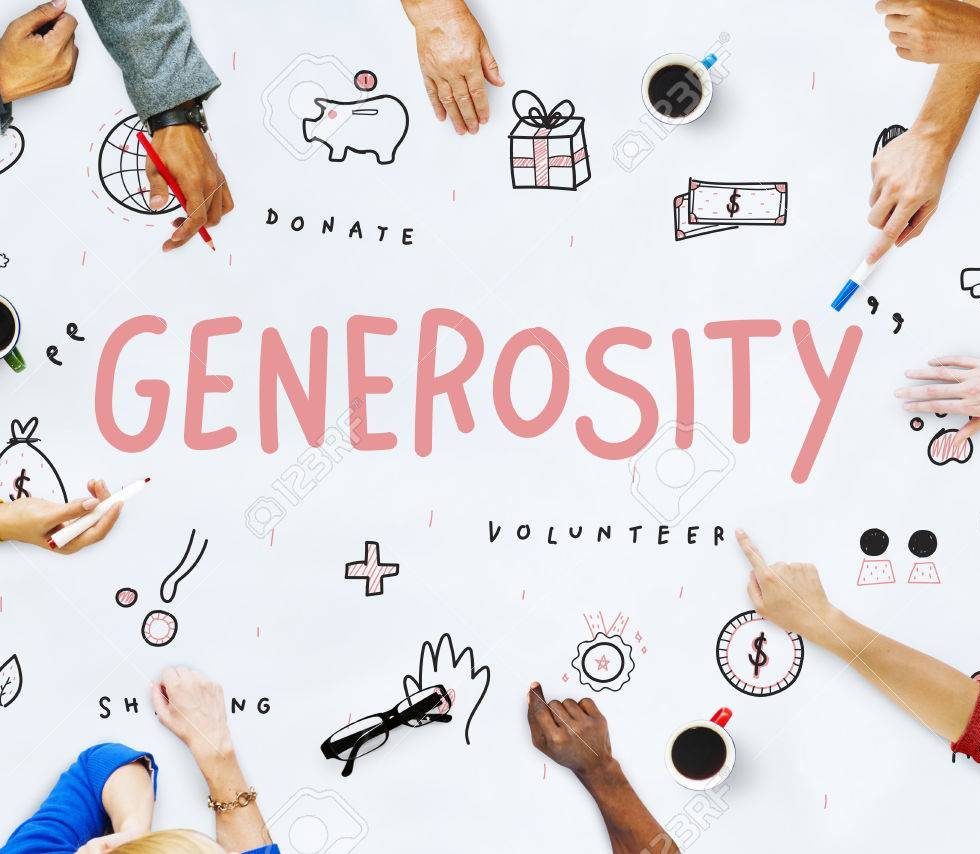 The text for the sermon is the Epistle from 2 Corinthians 8, especially these words in verse 9: “For you know the grace of our Lord Jesus Christ, that though he was rich, yet for your sake he became poor, so that you by his poverty might become rich.”

What does it mean to be poor? And what does it mean to be rich? The easiest way to determine these definitions is by measuring money and comparing people. Those who earn and possess the most money are called rich. You know, like Bill Gates or Jeff Bezos or Warren Buffet. Those who earn and possess the least amount of money are called poor. You know, like those folks living under the bridges in downtown Oklahoma City or Tulsa. That’s certainly one way to determine who’s poor and who’s rich. But is it the most accurate way? Is it what Paul means when he calls the Corinthians rich?

One could also simply ask people if they are poor or rich and have them answer the question themselves. I’m not certain what the results would be, but I would guess it would not be the same results as looking at data and bank accounts. Some who possess little do not think of themselves as poor, for they’re satisfied with what they have. Some who possess a lot probably don’t consider themselves rich, because they want more and more. I wonder if the Corinthians would have called themselves rich or poor. I wonder where you think you fall, here.

In the Epistle for today from 2 Corinthians 8, the apostle Paul is encouraging the Corinthians toward generosity. He’s hoping they’ll be generous in the relief work and support of other Christians who need financial assistance. In making his plea for their generosity, Paul holds up other churches as an example to the Corinthians. These churches are in Macedonia. Paul wrote letters to at least two of these churches, to the Philippians and the Thessalonians.

These churches in Macedonia were not wealthy at the time. Yet, Paul says that even though they didn’t have as much money and stuff as the Corinthians, they gave way more. Their generosity overflowed toward others in need. These Macedonian churches were adamant about being generous. They didn’t mess around. They begged Paul so that they could participate in helping others in need.

Meanwhile, the Corinthian Church, which was far wealthier by earthly standards than the Macedonians, needed to be persuaded to assist their brothers and sisters in Christ who were in need. Paul is careful about this. He doesn’t outright command and demand how much they should give. He doesn’t give them the whole fire and brimstone thing and try and shame them and badger them into giving more. Rather, Paul flatters the Corinthians, telling them that they excel at everything, and since they excel at everything, they should also stand out in generosity.

Throughout history and even today, some people are like the Macedonians. They want to give. They want to help. They can’t be held back from generosity. Some people are the opposite of the Macedonians. They’re like Ebenezer Scrooge in Charles Dickens’s A Christmas Carol. They are so miserly and selfish that they can’t be persuaded to show a penny’s worth of generosity despite being so abundantly wealthy themselves.

But of course, many of us are somewhere in between these two extremes. It seems the Corinthians were. And perhaps so are you. I know you folks were generous with the MEAT the last few weeks. Are you eager to share from your financial blessings when someone or your church is in need? Are you eager to offer the talents you have in service to God or one another? Are you eager to offer the time you have when a person or your church has need of it? Some people wish they could increase their generosity, but when the opportunity comes to increase giving from a raise, or a tax refund, or a stimulus payment, their minds turn to something else—a home remodel, a new car, or a fancier vacation. There’s nothing wrong with these things, but more often than we’re willing to admit, these things that we can do for ourselves are things we are usually quicker to do than seeing to the needs of others. Sin has curved us in upon ourselves. This had happened with the Corinthians, and Paul is doing everything he can to bend them away from themselves and back toward their neighbors.

I can’t be sure, but my guess is this is why people seem to have an allergic reaction to churches and pastors talking about money. Bending away from oneself toward others is not a painless endeavor. It requires sacrifice. It requires denying oneself. Sometimes, it means admitting we are not as nice as we think we are.

Thanks be to God we have both an example to follow and a redeemer to save us from our sins of selfishness and stinginess: Jesus Christ. Paul says in verse 9 that Jesus became poor so that you by His poverty might become rich. Think about that. Jesus left the comfort and glories of heaven to come down to earth. Jesus emptied Himself and took on our human form. And He didn’t live in splendor and majesty on earth. He didn’t overthrow Rome and take over Caesar’s palace. Jesus had no place to lay His head. He wandered from town to town relying on the generosity of others.

And then, Jesus humbled Himself and gave of Himself further. He was arrested, beaten, mocked, and sentenced to die. Though He could have stopped it at any time, Jesus went to the cross stripped and bleeding to die a criminal’s death He didn’t deserve. As Paul says, by Jesus’ poverty we are made rich. By His wounds, we are healed. By His blood, we have peace. By His death, and His rising again, we are given eternal life.

This generous Jesus suffered the poverty of being cut off by His heavenly Father so that we might enjoy the riches of His Father’s grace. For in the depth of His poverty, on the cross, Jesus purchases and wins us from all sins, from death, and from the power of the devil; not with gold or silver, but with His holy, precious blood and with His innocent suffering and death.

Now we are His, and we continually live under Him in his kingdom, serving Him in the everlasting righteousness, innocence, and blessedness that He has given to us.

Like the Corinthians, you may have been less than generous in the past. But Generosity Is a Matter of Faith and Trust in Jesus. And you may struggle to trust that God will find a way to care for you as you increase your generosity, but regardless of how much money you have in the bank or how big your paycheck is, each one of us is rich beyond measure. You are rich. I am rich. (Not just in meat!) For we have been given the riches of Jesus’ death and resurrection for us and our salvation. That is the only measurement of riches that matters—the riches of faith, forgiveness, and eternal life. Jesus Christ is for you. We are all rich. Generosity is something we all can do.