“Called Out of Conflict”

“Called Out of Conflict” 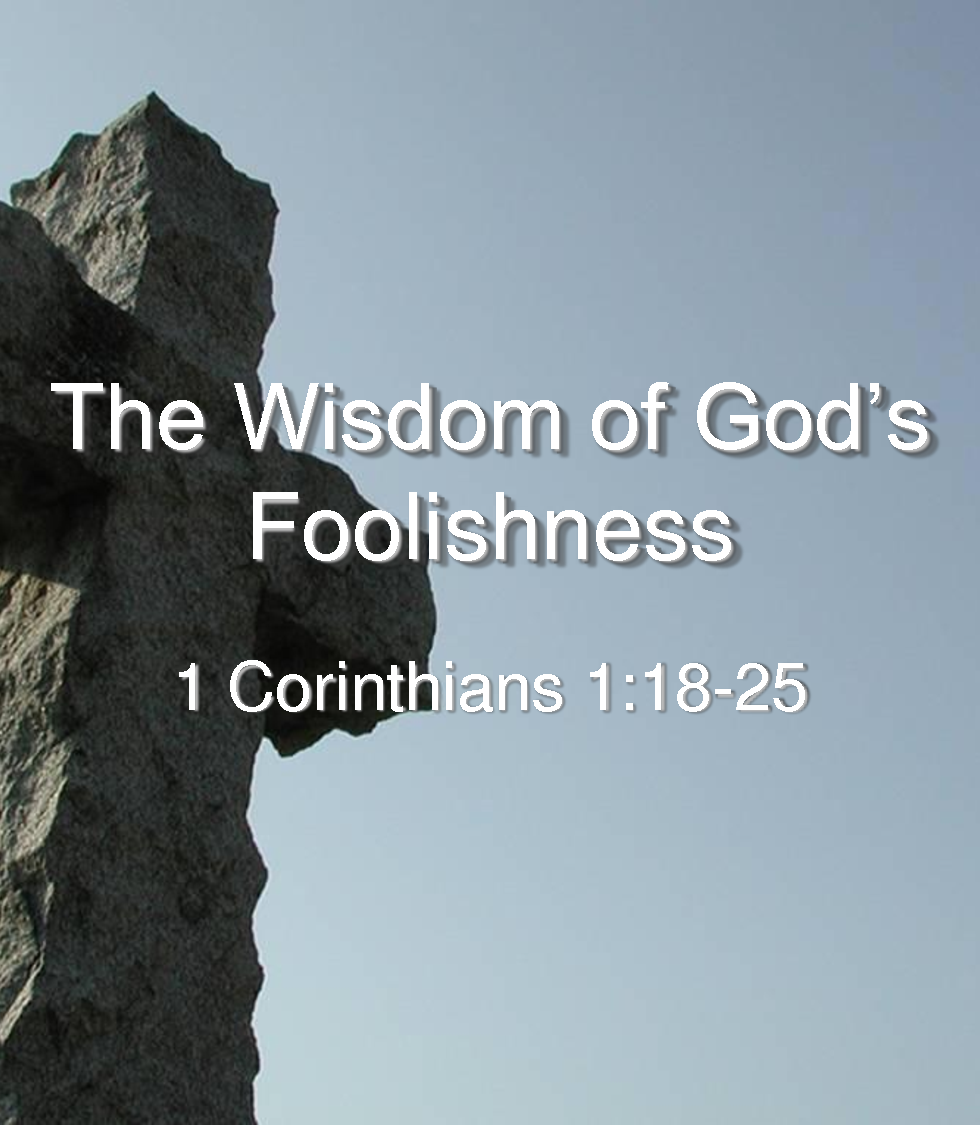 Let’s face it: there are some people out there who are never going to be your best friend. Maybe the first time you met you just got off on the wrong foot. Maybe you like or believe in different things. Maybe it’s just personalities, or maybe you run with a different crowd. You’re just never going to be friends. He or she is never really going to like you much, and the feeling is pretty much mutual. You live with it. It happens.

It even happens here, in church, in this very congregation, probably in this very sanctuary this morning. Your never-going-to-be-friend may be sitting not too many chairs away, and after church, you’ll go in opposite directions, sometimes intentionally.

In the Epistle last week, St. Paul noted that was happening in the Church at Corinth. We don’t know all the causes, but here’s how it played out: some said, “I follow Paul,” others said, “I follow Apollos,” others, “I follow Cephas,” and still others, “I follow Christ” (v 12). There were divisions, quarrels, among the members of the Church at Corinth. They weren’t friends. It happens.
We do understand why some people just won’t be our friends, right? All the same usual human dynamics were no doubt in play in the Church at Corinth. Substantial disagreements about doctrine and practice: sexual immorality, lawsuits, marriage, giving offense, the Lord’s Supper, women’s roles, worship, the resurrection. Personality issues almost certainly were involved as well, in a city and congregation that brought together people with very different backgrounds.

We recognize all those problems, right? In your life in the Church you may have seen disagreements over the quality of the preaching, the worship, or the Lord’s Supper. You may have been a member of a church that was filled with cliques. The church I grew up in had that problem. (I honestly don’t think we have that issue here.) Then there are the individual conflicts that arise when two folks in the church bonk heads and irritate each other.

These things happen. Last week St. Paul said it was happening in the Church at Corinth. And that, Paul says . . . is unacceptable. It is Sinful. And it is totally out of place in the Church of God (v 13).
Conflict is not new—it is as old as human pride. It was a wounded pride that led Cain to murder his brother Abel. Today people on Facebook, and Twitter, and on airliners, and walking down the street, will just blast somebody because of who they voted for. May I take a moment and remind everyone again about how we should think before we speak? Remember? We shouldn’t say anything unless it is:

The Corinthian congregation was boasting about whose leader/teacher is the best. “I follow Paul” or “I follow Apollos.” Not only was this claiming that Paul or Apollos was something on his own, apart from Jesus Christ; it was making each follower of Paul or Apollos more important than someone else, another fellow member of the church. Each member of the Corinthian congregation had the same Savior; that should have made them equally something. By thinking “I’m more important than you,” people were arguing “I’m something on my own”—something more than they were in Jesus Christ. And we are NOTHING on our own.

Our conflicts are not anything different; at the bottom of every fight is a stubborn human pride that wants to put ourselves first and see attention come our way. I have seen a few fights in churches in my life, and it is my belief that a lot of times the motive for the fight is not doctrinal, or what is best for the church as a whole, but just someone wanting to get their way. Paul points out that we think so much of our own wisdom, but we aren’t as smart as we think we are.

On the other hand, conflict disappears when we admit we’re really nothing on our own. Let’s face it: this is not the greatest congregation. You are not the best parishioners, and I am not the world’s greatest pastor, dad, or husband, even if they think so (pointing at my wife and kids). God makes that clear in the text (vv 19–20). In God’s eyes we are usually quite foolish. We don’t have to think very hard to remember how many times our wisdom, discernment, clever arguments have proven to be flat-out wrong: from our predicting presidential elections or Packer games, to advice we give to our children. I read on the internet that a dad told his daughter that on the first day of school, she should go into the cafeteria, find the biggest kid, and punch him in the face. Then no one would mess with her for the rest of the school year. Interesting, especially since she is a TEACHER. I read several examples of people who were told in the 1970’s not to go into computers as a profession…they thought computers would be just a fad. I read where a guy had a disposable camera. When he had used all the film on it he asked his friend what to do next. He said, “It’s disposable, throw it away.”

We are not as smart as we think. But that frees us from the need to judge, to compare, to measure up. I can own my failures and not be surprised at your failures. You’re nothing on your own, and neither am I (v 26). And this cannot surprise us. Jesus was criticized many years ago for collecting sinners and nothings to Himself. He has not changed. Jesus calls folks, saves folks, who are nothing without Him (vv 27–29).

Instead, Jesus Christ calls us who were nothing and transforms us by the power of His cross. I’ll say that again…the something that makes us what we could never be on our own is the cross (vv 18, 21–25). We realize how foolish we are as we see how brilliant God’s plan is. We could never have thought up a rescue plan that meant that the very God we offend would willingly take our punishment. We realize how weak we are when we see God hanging helpless on a cross, yet remaining powerful enough to rise again to save the whole world.

But that cross does make us something, it transforms us with the gifts that flow from it (v 30). We get wisdom that sees the cross as salvation and our sins as those for which He died. We get righteousness, freely given as we are baptized into that cross. We get holiness that flows from Baptism and makes us right with God now and forever.

At the heart of our conflicts is a terrible lie, which Satan would have us believe. For he would feed that ravenous thing within all of us that sees us as the center of our universe. Jesus Christ smashed Paul’s little universe and took its place on a road to Damascus. Paul was smashing the little universes of the Corinthians long ago, and he is still doing it to us today.

We started today with division, and people who are not our best friends. Is Jesus Christ divided from us? We got off on the wrong foot with Him by our sin—especially those sins of separating ourselves from our fellow members right here—but Jesus has done everything to make us His friends again—and more than that, His brothers (2 Cor 5:17–19)! We stood for different things; He stood for us and we stood for ourselves. We followed different leaders. He followed His Heavenly Father. We followed our sinful desires. We had totally clashing personalities. He is humble and serving. We are “me-first” and stubborn. But He made us His own brothers and sisters by dying for all those sins of ours, rising again, and then baptizing us into His cross (v 18). And He’s done the same for everyone sitting in every chair here this morning. Which makes every one of us here today better than just friends. Every Member of God’s Church Is Better than a Best Friend; He or She Is a Brother or Sister in Christ.