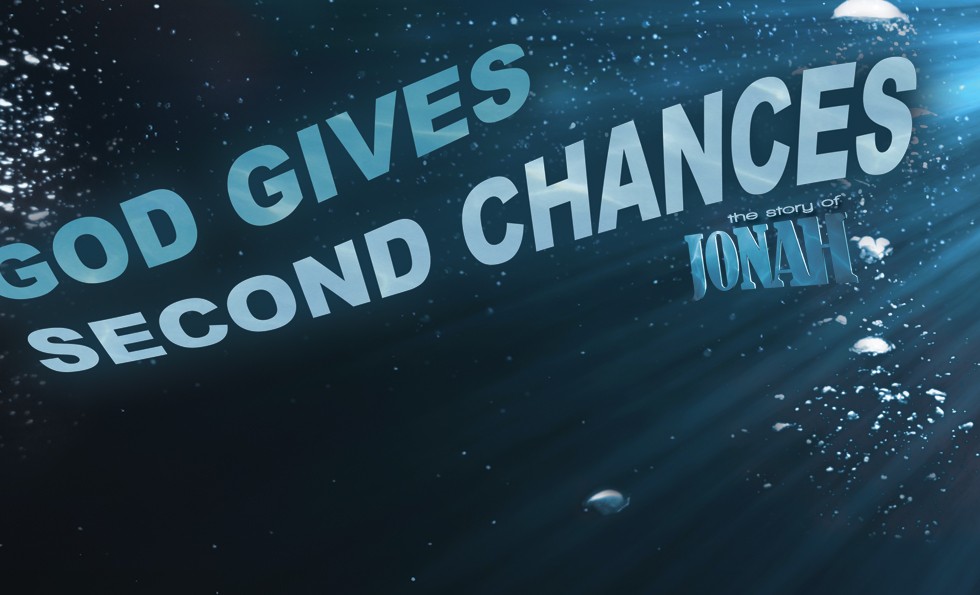 To start: A Sunday School teacher asked her class, “What can we learn from Jonah?” One young girl, twirling her hair, thinking hard, suddenly blurted out, “When whales swallow people, they get real sick!” That’s how the story ends the first time God tells Jonah, “Go to Nineveh.”

But let’s back up: At the beginning of the book of Jonah, God tells Jonah, “Go to Nineveh.” Today, Nineveh is an archaeological site in Iraq. Back then, Nineveh was the capital of Assyria, a fierce, evil empire. The Assyrian Empire dominated the world with cruelty beyond compare. Still today, you can see their bragging artwork. They depict the kings of all the nations, each in their native clothes. The Assyrians show these conquered kings paraded into slavery, the long line shackled, each connected to the next by a fishhook through the lips. The Assyrians boasted of beating, whipping children in the sight of their enslaved parents. They show Nineveh’s king gouging out his captives’ eyes with his spear. One of Nineveh’s kings once bragged, “My hand reached for riches of the nations, like one grasping a nest. I’ve ransacked the whole world, like one gathering abandoned eggs. Not one flapped a wing, not one dared chirp, not one peep” (Is 10:14, a paraphrase). And God said, “Arise, go to Nineveh, that great city, and call out against it, for their evil has [piled] up before me” (1:2).

Jonah got up and jumped on the first boat sailing for Tarshish, Spain. That was the end of the earth, in the opposite direction!
So the Lord unleashed a huge storm. At Jonah’s request, the crew of the ship tossed Jonah into the sea. A splash, gasp, and a gurgle later, Jonah’s down, and drowning. But God sends the great fish to swallow Jonah whole. On the third day, the fish vomits up the prophet on dry land.

Why did Jonah go to Nineveh? At first glance, you may simply think he sure learned his lesson. Jonah doesn’t want to be fish food! If so, then Jonah was motivated by God’s Law. What the Lord commands must be obeyed. Jonah fears God.

But then I wonder. The moral to the story is not that Jonah went to Nineveh in fear of more fish guts. The moral to the story is not: “You can’t keep a good man down!” Instead, Jonah seemed to realize that God gave him a second chance. The first time he ran. He was dead drowning, until God sent the fish. He owed the Lord his life! And another thing…The fish could have swum straight up the Tigris River and spit him up in downtown Nineveh. But God brought him safely home. He’s not forcing him. The Lord gives him a second chance.

In Jonah chapter 2, Jonah gives thanks to God already from inside the fish’s belly! Jonah sings of the “hope of steadfast love” because “salvation belongs to the Lord” (2:8–9). Jonah is driven by the Gospel: by the Good News that the Lord forgives. The Lord gives new life; that’s why Jonah goes. Not because he fears God. Jonah goes because the Lord loves him.

Back to the narrative: “So Jonah arose and went to Nineveh, according to the word of the Lord. Now Nineveh was an exceedingly great city, three days’ journey in breadth” (v 3). Picture this if you can…how far can you walk in three days? This is a BIG city, more powerful than today’s Washington DC, more big and bad than New York. (Bigger even than Gotham or Metropolis!)

“Jonah began to go into the city, going a day’s journey. And he called out, ‘Yet forty days, and Nineveh shall be overthrown!’ ” (v 4). His word gives an exact picture: “overturned.” Jonah preaches, “The foundation, deeply dug under every building, will be overthrown. Your grand city will be rooted up, thrown high into the air, flipped over like a pancake, like a hamburger. Now you should be in fear, you proud city, you bully, Assyria!”

These were surprising words. The Assyrians weren’t used to being talked to this way. Even more surprising are the results of these words. “The people of Nineveh believed God. They called for a fast” (v 5). They quit all food, not a drop to drink, begging Jonah’s God, “Have mercy!” And they “put on sackcloth, from the greatest of them to the least of them” (v 5). The cheapest, itchy burlap cloth, good for nothing but a sack, they put on as a shirt. This was an ancient gesture of repentance. Nobody in their right minds used that stuff for clothing. It was like a self punishment.

This Nineveh now fasts in sackcloth. Why? At first glance, it looks as if God’s prophet threw them into a panic. The Assyrians learned a sudden fear of God!

But why did they listen to Jonah? I’d expect them to ignore this one, little insignificant man. One theory guesses that three days in the fish’s gut had disfigured and bleached Jonah. The Ninevites, superstitious, get spooked by the freak running around, raging in their streets. But wasn’t it more than the acid that burned Jonah’s skin? God touched the acid guilt that burned Nineveh’s heart.
Listen to Jonah. He preaches no Good News. No word of forgiveness. No hope of God’s love. But Nineveh did not believe Jonah. Jonah yelled, “ ‘Yet forty days, and Nineveh shall be overthrown!’ And the people of Nineveh believed . . .” Jonah? No! “The people of Nineveh believed God” (vv 4–5).

Nineveh sees, “Who is this God who sends this prophet? Who is this God, who dares threaten us with our sin? But look at this: God sent Jonah! God did not smash us. Jonah’s God gives us forty days. We have time, a second chance, hope, maybe even mercy!”

I love Rom 6:23, where Paul summarizes the whole Bible. In one sentence he tells the bad news and the good. First, Paul tells how every sin pays out. “For the wages of sin is death.” Every day I experience how my sin keeps killing those I hurt. My sin keeps on killing me. But the Bible brings Good News beyond what this dying world knows. “The wages of sin is death, but the free gift of God is eternal life in Christ Jesus our Lord.”

This is the way God was dealing with Jonah and Nineveh already way back in the Old Testament. God already saw Jesus hanging on the cross for them, for you, for me. Already for them, and surely now for us, Jesus’ death and rising again has taken the wages of our sin, has paid it instead for us to live forever. Because of Jesus, God gives to us not what we sinners deserve. God gives us life. Nineveh believed God’s Law, the bad news. But Nineveh also trusted the Gospel, God’s Good News. The gift God freely gives for Jesus’ sake is life, forgiveness, His own love.

Jonah speaks to us not as an old whale of a tale. God invites you: “I have given you forgiveness, life, love, the free gift of Jesus, his death and resurrection. And more! I send you. You are set free to share my life, my love with . . .” With whom? Who is your Assyrian, someone who needs the Word of God, but your common sense says they would never listen to you? Your words and mine change no one, that’s true. Neither did Jonah’s words. God promises, “I will give you my words!”

We Lutherans especially should remember the power of God’s Word. Our catechism tells the truth: “I believe that I cannot by my own reason or strength believe in Jesus Christ, my Lord, or come to Him; but the Holy Spirit has called me by the Gospel.” That’s the only way any believe. The Holy Spirit calls and convinces us with the Good News that Jesus, by His cross and empty tomb, has won for us the whole new life with God.

The same God lives today. We speak God’s Law, and He hammers sin. Still more, we speak God’s Gospel—Christ, nailed to the cross for all of our sins—and He forgives that sin. See! The hardest hearts, the Holy Spirit can flip upside down.

Jonah is not some fish story, it is not a “whale of a tale.” Of all the prophets in the Bible, Jesus compares Himself to only one. In Matthew 12, Jesus promised, “As Jonah was three days and three nights in the belly of the great fish, so I shall be three days and three nights in the heart of the earth. The people of Nineveh will rise up on Judgment Day. . . . They turned to God. They changed when Jonah spoke God’s message. They believed! Now look! The One greater than Jonah stands here now” (Mt 12:40–41, author’s paraphrase).

When the Good Lord calls, let’s not run the other way (and risk being fish food). Because of the one who was in the tomb three days, not a fish’s belly, we are saved, and can share that salvation with those we know in our Ninevehs.