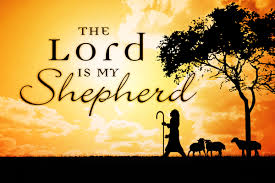 I am guessing that we have watched many movies and TV shows where the bad guys figure that if they just have the good guy killed, their lives will be perfect. It is certainly a common enough plot point. The funny thing is this happens in real life, in history, and not just goofy shows and movies. Offing an opponent has frequently proven a tempting option for someone with a lot of power and not much of a conscience.

This has happened in the Bible. The first guy we may think of is King Saul, whose power was matched only by his jealousy of David, who would later take over for him as King. David was popular, too popular. The people used to sing a song that went, “Saul has slain his thousands and David his tens of thousands.” And Saul’s solution to this dilemma was to try and kill David. Several times. But each time David was spared.

Sadly, King David himself would later effectively and sinfully use murder for political and personal ends. That is one of the interesting things about the Bible. The Scriptures are not known for hiding the sins of our biblical heroes. They were not able to “delete” anything from God’s Word that incriminated them. In what would prove to be a very low point of his life, King David had fathered a child by a married woman who was not his wife. Public scandal was sure to follow when the news got out. Public repentance was apparently not on David’s agenda. And so it naturally occurred to him that he could fix the whole problem he was in, OF HIS OWN MAKING, and all he had to do was kill Uriah, whose wife David had basically stolen. And that is what David did. It’s noteworthy that the man who wrote Psalm 23 is the same man who also wrote Psalm 51: “Have mercy on me, O God, according to your steadfast love; according to your abundant mercy blot out my transgressions” (v 1). Of course, these were not the first times it had dawned on someone powerful that death could be put to convenient use, and it wasn’t going to be the last.

It should be noted, though, that killing innocent people is something that often does not work out. That was true in the case of Uriah and David. It was true of Jesus and His persecutors, too.
Our text in Acts opens with the Jewish leaders rushing to the temple courts, greatly annoyed and perplexed to find that death had not solved their “Jesus problem.” Not long before this, they had all breathed a great big sigh of relief as they watched Jesus of Nazareth breathe His last. The competition was disposed of. All could go on as before. So they thought. In the first reading today, they discover Peter and John have healed a lame man in Jesus’ name. Worse, the apostles are publicly proclaiming Jesus with every breath in their lungs—proclaiming Him alive and calling for repentance. Thousands heard and believed.

What was the response of those who had Jesus crucified? At first, things proceed along the usual pattern of those with power versus those without. Arrests are made. A solemn assembly gathers. A threat of death hangs over Peter and John. But things, again, are not working out for the Jewish leadership. Peter and John are not afraid. Death is no longer an issue. When asked how the lame man standing before them had been healed, Peter boldly explains: “Let it be known to all of you and to all the people of Israel that by the name of Jesus Christ of Nazareth, whom you crucified, whom God raised from the dead—by him this man is standing before you well” (v 10).

And a quick aside here, people are still trying to “kill Jesus.” Ken Klass told us this week that the chief restaurant critic for the New York Times was promoted to be in charge of the prestigious Opinions and Editorials page of the Times. In a recent column, he told the world it was time to rewrite the Bible. Yup. That’s what he said. The Bible should be rewritten so it might be more accepting of the gay and lesbian community. There were a number of reasons that forced him to this conclusion.

1. The Bible is based on “ancient texts” founded on the “biases and blind spots of their authors, cultures, and eras.” That, he says, keeps Christians stuck in ancient beliefs.

2. The Bible ignores and disregards humanity’s advances in science and knowledge.

If we were to respond to him, regarding the question are Christians stuck in an ancient belief system, to that we would say, “You bet we are.” Ours is an unchanging system based on the unchanging love of the Lord. Ours are beliefs which are the same yesterday, today and forever, because they tell of the salvation plan God put into effect to save humanity from the condemnation of our sin. To the second charge, while we rejoice that the Lord has given wisdom to bright men and women, when people try to rewrite the Word to make it more accepting of whatever sin might happen to be in vogue at the time, then Christians just say, “We don’t think so.”

Well, back to the text. Not only had death not solved their Jesus problem, but Jesus also had created for them a problem with death. They now had a life problem. The threat of death wasn’t working. In Jesus Christ, death had backfired and unleashed forgiveness, restoration, and eternal life. The innocent blood of Jesus was changing lives. The empty tomb was making itself felt even in powerful, high and mighty hearts.

Therefore, this was their new dilemma: How do you control people who aren’t afraid to die? They never really figured that out. Eventually, the leaders feebly resorted to telling Peter and John to be quiet about Jesus. And Peter and John frankly refused (in verses after our text): “Whether it is right in the sight of God to listen to you rather than to God, you must judge, for we cannot but speak of what we have seen and heard” (4:19–20).

How do you feel as you consider all of this? Initially, it’s natural to feel excited and encouraged. Upon further review, we may find we are not too proud of ourselves. It’s easy to feel ashamed at how sheepish we are when we read about such boldness for Christ. The resurrected Good Shepherd is at my side, and I go through life as nervous and anxious as a lone lamb in the woods, worrying away my days. The very killer of death has declared Himself through Baptism to be, for me, my deliverer, yet there are so many things in this life that can still scare me, worry me, all unnecessarily.

And then there’s the idea of persecution. I don’t imagine I’ll ever be dragged before rulers and authorities and threatened with death if I refuse to get quiet about Jesus, but such things do happen today. There continue to be men and women who stand up to worldly power and give witness with their lives to the one who is stronger than death. And yet knowing this, how many of us lower our voices to a whisper when leading a table prayer in public, because we are timid about letting the waiter hear us speak to Jesus. Lord have mercy on us!

And then we remember: He has; He does. This is also what it means that He is the Good Shepherd—not only that He is infinite in power, unstoppable in death, and able to deliver, but also that this mighty, living Savior, who knew our sin before we were conceived, willingly laid down His life for such timid, sinful sheep as you and me. “I am the good shepherd,” we heard him say today. “The good shepherd lays down his life for the sheep” (Jn 10:11).

Do we appreciate how profound, how BIG that is? Do we remember who these sheep are of whom Christ speaks? He is talking about David, adulterer and murderer of humble Uriah. He is speaking of Peter, who denied him three times, swearing, “I do not know the man.” He is speaking of John, who wanted a throne at Christ’s right hand until Good Friday, when the thrones turned out to be crosses. And of course there are other sheep…the sinful, sheep I am standing in front of this morning. Some flock. But this is who Jesus is, the Good Shepherd who loves the sheep, who pursues the sheep, who lays down His life for His sheep—sheep like you and sheep like me.

It is because David had tasted God’s infinite mercy that he wrote Ps. 23, had seen ahead to the one who wields the rod and staff that he found comfort in them and finally walked through the valley of the shadow of death without fear. It is because Peter and John not only saw the resurrected Christ but also had received His restoration and word of peace that they were bold to testify powerfully in His name. And time will only tell how our encounters of the mighty and merciful Good Shepherd will make us bolder in our own lives and witness. But we do know this:
In Jesus Christ, Our Good Shepherd, Our Sin Has a Forgiveness Problem and Death a Life Problem, and we . . . well, we have a very Good Shepherd. Thanks be to God!