“Sin Under Your Skin”

“Sin Under Your Skin” 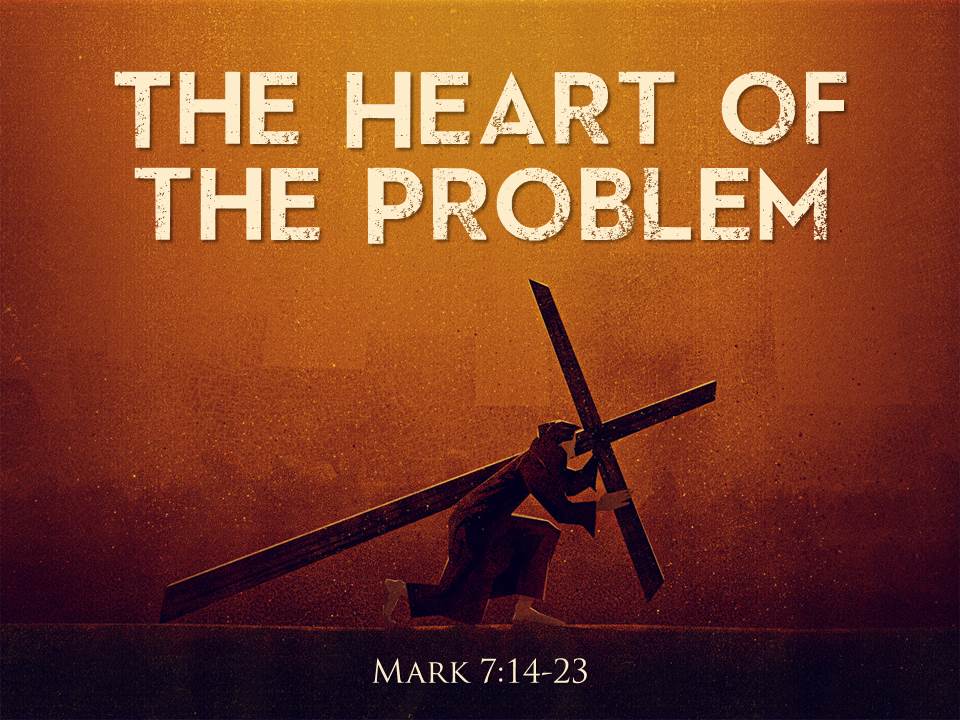 When I was in college, I had to take two classes in biology to graduate. I have never liked biology, and I noticed one class that qualified was Nutrition Today. I knew that would not require dissecting anything, so I signed up. It may sound like a class for football players, but it was not. I actually learned a lot in there. One day, we all walked in, and the professor had written just a list of ingredients on the board. It included stuff like: bovine lard, pork fat, corn syrup, vanilla, and a bunch of chemicals. I don’t remember exactly, but it was GROSS. The prof walked in and the first thing she said was the list was stuff in Hostess Cream Filling. I never had another Ho-Ho again. Because I knew what was inside a Hostess Ho-Ho or Twinkie could kill me. We might draw a parallel to the statement of Jesus that “from within, out of the heart of man, come evil thoughts” (v 21). That sin which is in our hearts is that which kills us—poisoning us from the inside out. Today, our text reminds us of the consequences When Sin is Under Your Skin.
Allow me to remind you that one of the ongoing points of dispute between Jesus and the Pharisees was that the Pharisees thought that sin was only stuff we do (on the outside), while Jesus knew that sin could also be stuff we thought (or be on the inside). One of the problems that we all have is that it is our nature to focus on the external, rather than the internal. We have all heard the saying, “You shouldn’t judge a book by its cover.” That’s because we do! In the same way, we think about external sin rather than internal sin.

We are in a “beauty is skin deep” culture that judges by appearance. Think of all the (so-called) celebrities who are on TV and magazine covers only because of how they look. Think of all the plastic surgery going on in Hollywood and elsewhere as actresses, and actors (Have you taken a close look at Stallone or Simon Cowell lately?) try everything they can to look like they are not getting older.

I have noticed this “judging a book by its cover” thing for a long time. One way I liked to play with that was when I was in the University of Wisconsin Marching Band. Back in my days in the band, we would get one road trip a football season and go with the Badgers to another Big Ten town. On Friday night, we would stop at a different town and perform at a high school football game and then stay in the homes of the high school’s band families. The way I liked to have fun with this is I would stop shaving for a week or two before we went on the trip, make sure I did NOT get a haircut, and then enjoy the looks on the faces of these band parents when they were told I was going to spend the night with them. I would then spend the entire evening giving them the full “Yes, sir” No Ma’am” “Please and Thank You” treatment, and by the time we left, they would realize that while I appeared to be a scruffy looking nerfherder, I was in fact a fine, Christian young man.

The opposite can occur as well. There was a guy quite a few years ago who visited a church…got baptized…even taught singing for the choir. His name? Jesse James. He killed a man in a bank robbery and not long after that, he was baptized at Kearney Baptist Church. Then Jesse James killed another man, a bank cashier, and joined the church choir. Here was a guy that the folks in church, judging by appearances, looked like a very upright, Christian dude. But in here, he was a robber and murderer who had sin under his skin.

(1) We see the stories of the celebrities cheating on their spouses; we don’t see or ignore what’s going on in our hearts when we flip the remote to the channel we shouldn’t be watching or the website we should not be seeing.

(3) We see the story in the paper about the triple shooting; we don’t see how being angry with someone at church is murder, too.

The upshot of all this is that what is “under our skin,” what is inside of us is killing us.

Have you ever known of someone who looks healthy but has a disease raging inside his or her body? Looks can be deceiving. Rock Hudson, Michael J. Fox, Heath Ledger, Robin Williams are examples of celebrities who appeared fine on the outside, but inside was sickness.

People can smile nicely and be pleasant but still have sin down deep at their core. We are those people who may look okay on the outside but are not fine on the inside. The old radio show The Shadow always began by asking, “Who knows what evil lurks within the hearts of men? The Shadow knows!” Jesus pointed out the evil that lurks in our hearts that we may try to hide from others: “21For from within, out of the heart of man, come evil thoughts, sexual immorality, theft, murder, adultery, 22coveting, wickedness, deceit, sensuality, envy, slander, pride, foolishness. 23All these evil things come from within, and they defile a person.” (vv 21–23). Like the unhealthy stuff that was in a Hostess product in 1984, inside sins like these will slowly kill us.

It takes something completely outside us to wash us clean on the inside. God looked into His heart to devise a plan for our salvation. It wasn’t anything inside us that paid for our sins, it was the God of heaven who came to earth and paid the price: His life on the cross. Look away from yourselves; look to Jesus up there on the cross: His pure, unpolluted, sinless heart broken and pierced to save our sinful hearts.

And then the Holy Spirit—from outside—comes into our sinful hearts and brings the cleansing of Jesus’ death and resurrection. He comes to us in the water of Baptism, which washes away our sins in a miraculous way. He speaks to us, not from within (our sinful hearts could play all kinds of tricks with that!), but in God’s external Word and He declares us pure, holy, forgiven. And while no food outside a person and coming into us can defile us (even a Twinkie), taking into ourselves Jesus’ very body and blood in the Lord’s Supper does purify us. It brings forgiveness so real to us that we can taste it. In Jesus Christ, We Are Washed Clean of the Sin Lurking on the Inside.

While we put too much stock in outward appearances, God looks in here. What’s in here is important. The old saying “The way to a man’s heart is through his stomach” has, I suppose, always had some truth. It was certainly true for me. I have told you before that I knew I had to marry Erica when she baked butter horns for me our first Christmas together. Now while the way to a guy’s heart may be through the stomach, the way to a pure heart is through the cleansing blood shed by Jesus Christ. It is because of what Jesus did for us that our sins are taken away, replaced by faith, forgiveness and eternal life. With Jesus, with the gifts of the Holy Spirit in here, what is in here will now save us. We need to remember that, for the sake of Jesus, who died and rose for us.