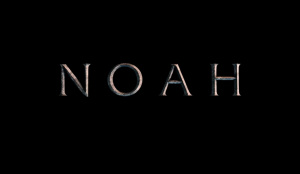 What was the last really big surprise that you got? A birthday party? An unexpected rain shower while playing golf or camping? A diagnosis? We all have been surprised by stuff. We have all dealt with that. And some of the surprises we have dealt with were bigger than others. But I do not think any of us have had as big of a surprise as a guy named Noah did when God first spoke to him and told him to build an ark.

We go to the Book of Genesis. And as I say that, if you saw the Noah movie with Russell Crowe and the Rock Monsters, what they did with that film was not in the Bible. And if you saw the NBC movie where Noah and the gang on the ark were attacked by pirates, and Mrs. Noah fought them off by throwing muffins at them, that was not based on the Bible. What you will hear today is from the Bible.

In Genesis 6, we read:
5 bThe Lord saw that the wickedness of man was great in the earth, and that every cintention of the thoughts of his heart was only evil continually. 6 And dthe Lord regretted that he had made man on the earth, and it egrieved him to his heart. 7 So the Lord said, “I will blot out man whom I have created from the face of the land, man and animals and creeping things and birds of the heavens, for I am sorry that I have made them.” 8 But Noah ffound favor in the eyes of the Lord.

Then as the chapter goes on, we are told that God said to Noah, paraphrasing here, “I am going to destroy the earth, and all the living things on it except for you and your family. Before that happens, you need to build an ark, and build it with gopher wood. It is to be 300 cubits by 50 cubits by 30 cubits (In feet, 450 long, 75 wide, 45 high). It is to have three decks. You are going to build this big boat because I am going to destroy the world with a big flood. After you build the ark, you are then to put two of every animal, male and female, and put them into the ark.”

Surprise! Right? Noah was about 525 years old when God came to him and gave him these instructions. A once popular comedian sold a lot of records with his routine of how a skeptical Noah thought a prank was being played on him, that he was on the TV show “Candid Camera,” and not actually talking to God. Can you imagine living your life for that long, doing the things you need to do, farming, shepherding, whatever, and then in your five hundred and twenties God comes to you, says build an ark, and fill it with every species on Earth. Right!

All this could not have been easy. I saw one article that time-lined this out that said to build the ark, and get the animals, and load the food, it took between 50 and 75 years. That is a long time to do that work, plus what was needed for daily survival and daily needs.

Plus, I am sure Noah took some grief from his neighbors. I mean he was building a boat 150 yards long (It would not fit at Owen Field, Boone Pickett Stadium, or Camp Randall) and he was nowhere near a body of water. It has been suggested that when the neighbors got on Noah’s case and wanted to know why he was building that thing, Noah (who couldn’t tell them outright why he was building the ark) could have offered the hint given in this question: “How long can you tread water?” Noah dealt with the size of the task and the hurdles that had to be overcome. In spite of how big the job was, in spite of the mocking his neighbors may have given him, Noah just said, “Ok, Lord. It’s me and you.” Noah did all that the Lord had commanded him.

The Bible goes on to say that after Noah built this ark and put in all the animals, as well as animals to offer as sacrifices, and the food and provisions that they needed, and after his family went aboard, God closed the door of the ark, and it rained. The Bible says it rained 40 days and nights, that the heavens were opened and fountains from beneath the earth opened as well. If you thought it rained a lot in May and June, well….(Flash Drought!) The water got so high the ark floated above the highest mountain, and everything that walked on the earth and breathed (everything that was not on the ark), every living thing that lived on land was killed.

The flood lasted for 150 days. If you remember the flooding north of here and northeast of here this year, you will recall that the flooding continued after the rain stopped. It rained then for 40 days, the flood lasted 150 days. God caused a wind to blow, the waters went down, and the ark landed on the mountains of Ararat. These are mountains in Turkey today. When the water receded, Noah and his family left the ark, they released the animals, and offered sacrifices/worship to God that they had been spared.

And then God said this (Genesis 9:12-15):
12 And God said, “This is the sign of the covenant that I make between me and you and every living creature that is with you, for all future generations: 13 I have set my bow in the cloud, and it shall be a sign of the covenant between me and the earth. 14 When I bring clouds over the earth and the bow is seen in the clouds, 15 I will remember my covenant that is between me and you and every living creature of all flesh. And the waters shall never again become a flood to destroy all flesh.

Now what happened with Noah is a real, Law and Gospel thing. What happened then tells us that God thinks sin is serious. There was so much sinning and so many people NOT worshipping and believing in God, that God wiped out everybody and everything but Noah and his family. But we also see here that God is a God of love and mercy. Noah and his family were saved. Noah believed the Lord. He did what the Lord instructed him. He wasn’t perfect, but he believed. While people today would probably say Noah was a schizophrenic (he heard voices), he believed God, did what he was told, and was saved.

That’s the thing about God. That’s the thing about His covenants, His contracts, His promises. God keeps them. He told Noah that his family would be saved. He told Noah that something like this would never happen again. Promises kept. He also promised Adam and Eve that He would send a Savior. Promise kept. Jesus came and was born, and lived, and died on the cross, and rose again, so that we would be saved. Promise kept.

And Jesus said, “I will be with you always, to the very end of the age.” Promise kept. You need to know, you need to remember that when things go bad and you feel that you are all alone, you are not all alone. You are never all alone. Because the Jesus who died for you, and rose for you, and forgave you, and saved you, is with you.

And He made another promise. He said He is coming back, the dead will be raised, and He will usher all who believe in Him with Him into heaven. Now that hasn’t happened yet, but since God keeps all of His promises, we know He will keep this one, too. And knowing everything that God had done, and given, and blessed us with so that we can have faith, forgiveness and eternal life, we should not be surprised when Jesus keeps this promise, too.