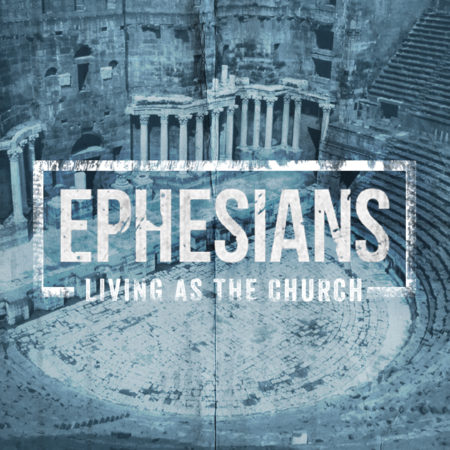 I started running a new route a few weeks ago. Started running in the Trails. And when I run in there I run by three different playgrounds. Now since I usually run by them around 0630, I notice they are empty. But in just a few weeks, playgrounds at schools will again be full of boys and girls, climbing, running, sliding, playing games, as the little ones will be back in school. And it got me thinking back to when I was in elementary school.

Go back with me, if you will, to your days on the school playground. You’re there, with the other kids, just goofing around, when someone suggests a game of kickball. Quickly, the two kids who are best at sports proclaim themselves captains (Tim Nennig and Tom Weisser), and they begin to choose one-by-one who will be on their teams.

The fastest runners and hardest kickers are chosen quickly. Then the captains begin the painful process of trying to sort through the leftovers. No one wants the kid with the glasses because he misses every other ball that comes his way. Or the girl who couldn’t run very fast. Or the scrawny kid because he’s half the size of the others. And sometimes, they aren’t even chosen. They’re left out.

Whether it’s kickball or getting a part in the school play or being selected for a promotion at work, each of us wants to be chosen, picked for the team. In this world, being chosen says something about who we are. It gives us a sense of identity. Of belonging. Yes, in many ways, usually, Being Chosen Means You’re Special.

And if we apply that same system of determining value and worth in the Church, we quickly see that when it comes to things spiritual, we really don’t belong here, either. We say in our Creeds that we believe in one Holy Christian Church, the communion of saints. But then we look at our lives and see that “saint” isn’t the first word that comes to mind when we describe ourselves. Each of us can recall when we’ve failed to live the way God wanted us to. We look at His Word and we can easily see how often we’ve broken His commandments. We may have a particular sin—or even many sins—we’re so ashamed of that we don’t want to admit them to anyone. I’ve got those kinds of sins. And I’m guessing you do, too. And our sins show us that we don’t even belong in the Church. We’re not “good enough” to be in God’s presence, let alone be chosen by Him. Right?

But then we read the words of St. Paul in our text this morning from Ephesians. I’d like to highlight portions of the first paragraph and have you focus on who, exactly, is the subject in these verses. Pick out who’s doing the action in each sentence:

He has “blessed us” (v 3), He “chose us” (v 4), He “predestined us” (v 5), (again) He has “blessed us” (v 6), He “lavished upon us” (v 8), and He “set forth” (v 9). Notice that in each of these verses, it is God who is doing the action. He is doing the choosing. He is deciding who belongs to Him. And on what basis is He doing the choosing? It isn’t based on our actions or on how well we meet His expectations, because all of us sin and fall short of His glory. Instead, God chooses us, Paul says, to be “holy and blameless” in His sight (v 4). “In him we have redemption through his blood, the forgiveness of our trespasses” (v 7).

Why are we chosen? God chooses us for one reason and one reason only. He loves us. We don’t deserve it. We don’t earn it. We do many things that make us unlovable. We are chosen because He loves us. Hard as it may be to believe, it isn’t my looks or my smarts or my good deeds that led Him to choose me. Instead, He chose me—as He chooses each of us—based not on our works, but on the works of Jesus Christ, which are freely given to us. By faith, we are made His.

In Jesus, God loves us and chooses us. Therefore, we belong. He’s the captain, and He has made us a part of His team, part of His family. And if you look in the Bible, you’ll see time after time where God chooses someone to be His, not because they are so worthy, but simply because He loves them.

Look at David, a scrawny shepherd boy, who later in life would have a man killed in order to steal that man’s wife. Still, God chose him as king. Or look at Paul himself. Persecutor of the early believers, hands covered with the blood of the first Christians. Still, God chose him to be an apostle to the world. Did God choose these men because they were so good? No, He chose them because He loved them and wanted them to be His.

And in the Gospels, we see the twelve disciples. Not exactly pillars of society, these men. Still, Jesus sends them out into the world armed only with His authority. (Last week’s Gospel) And as the disciples go out, they do great things. Not because they are great people, but because they belong to Him. As Luke records this event, he tells us that when the disciples returned they were really excited about all the things they had done: demons were cast out, the sick were healed. But Jesus tells them that they shouldn’t be so excited about the great things that happened. They should rejoice instead that their names are written in the book of life. Rejoice, He says, because you belong, “…because I picked you.”

Now I want you to think for a minute…think about way in the past before time even was. In the vast emptiness before creation, God alone existed. And before He ever said, “Let there be light,” He chose you. Paul says, “he chose us in him before the foundation of the world, that we should be holy and blameless before him. In love he predestined us for adoption to himself as sons through Jesus Christ, according to the purpose of his will” (vv 4–5). Before you were—before anything was—God chose you. (His love is available to everyone.) That makes you special—special to Him. He wrote your name in the book of life, for He wants you to be with Him forever. That, hopefully, brings you joy and comfort to know that we are His, both now and forever, solely because of Jesus. You’re that special to Him!

Let’s end with this: You remember the Disney Pixar movie Toy Story. It centers on a group of toys that belong to a young boy named Andy. And of all his toys, Andy’s favorite is a cowboy named Woody. How do we know this? Because Andy has written his name on the bottom of Woody’s foot. It was a mark of ownership, yes. But we also see that it is a sign of Andy’s love, too. His love for Woody. Later in the movie, the new toy, Buzz Lightyear, is also marked on his foot by Andy, showing that he, too, is loved. That he, too, belongs.

In the same way, we have been marked by God in our Baptism. When we were baptized, Jesus put His name on us. At our Baptism, as we were marked with the sign of the cross on our forehead and over our heart, and then as water was applied in the name of the triune God, Father, Son, and Holy Spirit, we were told that we belong to God. As St. Paul writes, “You . . . were sealed with the promised Holy Spirit, who is the guarantee of our inheritance” (Eph 1:13–14).

So know this: God picked us. We were His when we were born. We are His now. We will still be His when we are on our deathbeds. And when that day comes, we should not be thinking, “I hope I was good enough.” Instead, we should be thinking, “I know that I will be with Jesus because He died for me, rose for me and He chose me to be His forever.”

Are we good enough to be chosen? No. But because of Jesus, who died on the cross and rose again for us, who gives us His perfection, the result is yes. Let us, therefore, praise “the God and Father of our Lord Jesus Christ, who has blessed us in Christ with every spiritual blessing in the heavenly places” (v 3). Why?

Because Jesus picked you…and me. Because we belong . . . to Him!