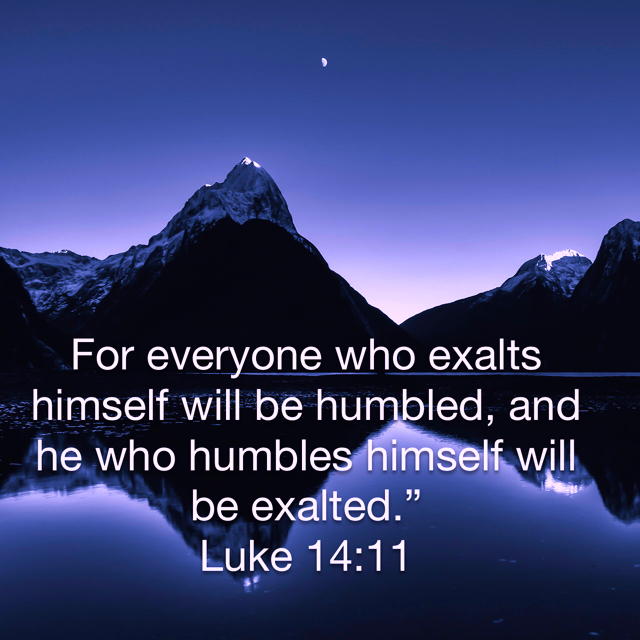 Every stand-up comedian does a routine about flying on airlines. They all do it because it is something we are all familiar with. I am assuming most of know what it is like to fly in coach. When you fly in coach, it is a reminder for us to “Know Your Place.” When you first get on the plane, you turn right and there is Frist Class. Everyone is sitting in a La-Z-Boy with a widescreen TV in front of them. The flight attendants have trays with champagne and prime rib and caviar and chocolate as they carry them around the swimming pool. It’s indescribably beautiful. Ok…I am exaggerating a little.

But when the attendants look at your ticket, they know quickly that you do not belong there. And so they usher you quickly to coach.

You pass through the curtain, and it is like a rip in the space-time continuum, or like going through a worm hole. One step and it is like you are in a whole different airplane! Gone are the drinks, the food, the wide seats, the legroom and the swimming pool. Now you are in a cattle car of the airline industry. It is noisy. The seats are all beat up, and they are designed for someone who is 5’ 2” and weighs 80 pounds. You have to try and get that carry-on into the cramped overhead compartment without bonking someone else in the head. Yes, that is coach. When I fly, that is my place, my station in life.

I don’t know how often people think about this stuff, but I do believe it is a fairly common thing here in Edmond. It is common for a lot of us, I think, to look around and see how our houses compare, our cars, our clothes. It is quite natural for us to try and figure out where we fit in the social matrix of work, home, school, and even church. Often we don’t like where we are. And that means we try to advance our station in life. As our thoughts focus on ways to promote ourselves, we discover that we’ve fallen into the pit of self-exaltation.
Here is why that is important. Jesus said, “Everyone Who Exalts Himself Will Be Humbled, and He Who Humbles Himself Will Be Exalted.”

Luke 14 contains three teaching moments that describe the problems caused by self-exaltation. The opening sentence sets a rather ominous tone to the chapter. On a Sabbath, Jesus is invited to eat at the house of a prominent Pharisee. The text says, “They were watching him carefully.” The “they” were Jesus’ enemies, the Pharisees and teachers of the law. Imagine as Jesus and His disciples are walking toward this prominent Pharisee’s house. The disciples were concerned with their ranks/ratings. They often debated the question of greatness. They argued among themselves who was the best. Here, a prominent Pharisee invited Jesus to eat at his house. Jesus has finally made the big time. He’s finally with the “in crowd.” With the coach section of town behind them, they are walking into the luxury of the first-class section of town. While the apostles thought they were “movin’ on up,” I wonder if they didn’t see the trap for what it was, or perhaps they did but were confident that Jesus would beat it.

What was the trap? Actually, the question should be who was the trap? V 2: “Behold, there was a man before him who had dropsy.” Dropsy refers to someone who has an excess of fluid that builds up in one part of the body. Today it is called edema. Folks back then thought that people who had this were “sinners,” they were gross, and anyone suffering from this was considered “unclean.” That basically meant you could not hang out with other folks or go to religious gatherings especially. It’s possible that this person had just shown up, but it is more likely that he was a plant, a trap. “And Jesus responded to the lawyers and Pharisees, saying, ‘Is it lawful to heal on the Sabbath, or not?’ But they remained silent” (vv 3–4a).
Jesus saw the man for what he was: a child of God in need, suffering in the misery and the shame of his disease. Jesus saw a man who perhaps had not been seen or noticed, ignored for years because of his condition. In compassion for this broken man, Jesus spoke the words of life and healing. The Pharisees were blind to that poor man’s needs. Our drive to exalt ourselves, to think we are better than we are, can make us blind to the needs of others around us.

The second event in our text comes in the form of a parable. In this parable, you are the main character. Jesus saw the folks invited there for dinner jostling for the “places of honor,” and He told the parable about sitting in the back and having the host bring you to a better seat, instead of being escorted to one that is worse. In other words, “Be humble.”

We want the best seats, right? Whether it is at a football game, a movie, or a wedding, we don’t want to be in the back, in the “nosebleeds,” we want to be where we can see and be seen, we want to be near the action. Where I come from, wedding receptions usually include a dinner. And when you get to the reception hall you look at all the tables to see where you are sitting. If you are close to the wedding party…SCORE! That means you matter. If you are somewhere in the middle, that’s ok. But nobody wants to be stuck in the back corner at the “Table for Misfit Guests.” You know, the people the bride and groom invite hoping they would decline but still send a gift from the registry. They have even made a movie about this. It comes in January and it is called Table 19.

When we are too full of ourselves we do get put in our place. The lack of perspective sets us up to be humiliated. You know what I’m talking about. You go to a game and seats are empty 50 rows below you so you take them. And then the people with the tickets for those seats show up with an usher to escort you back where you belong. You’ve seen this kind of person in action, maybe at school or at work. They are quick to take credit for stuff they didn’t do. The thing is that everyone sees through their self-promotion, but those folks think they get away with it. Until one day when something happens and the boss, a client, somebody puts them in their place. And we go “Yeah!” Until we are that guy. Isn’t it true, that when we try to make ourselves look better than we are in the eyes of others, we end up looking worse? Lifting ourselves up is just not a good idea.

Jesus uses another parable to describe the third problem with lifting ourselves up. Again, we are the center character. Jesus doesn’t want to risk us missing the point that He’s speaking to us. The parable is simple, and its message is profound. Jesus challenges us: “When you give a feast, don’t invite your friends for dinner, knowing they will repay you. Invite someone that cannot repay you.” Notice that this isn’t a casual dining event. This is a party, a celebration, that Jesus is talking about. Perhaps it’s a job promotion. Perhaps it’s a wedding.

While we can recognize the need to notice people and the dangers of self-exaltation, we struggle with this parable. Many believe that Jesus might have gone just a bit too far. Sure, we may not say it, but the fact that we never leave the first-class cabin and go down the aisle to coach to invite someone up to the “feast” demonstrates our discomfort at this particular challenge. Why do you think it is all over the internet when a first class passenger gives up their seat to someone in the military who is coming home? It’s rare, that’s why!

Jesus doesn’t pull any punches. Self-exaltation is nothing less than idolatry. It is an idolatry that has broken our relationship with our God, with our community, and with true hospitality.

I want you to notice something very important. V 11 is an opportunity as much as it is a challenge. Along with the warning, the promise is made: “For everyone who exalts himself will be humbled, and he who humbles himself will be exalted.” Jesus says “Sit in the back.” “Invite folks who can’t repay you or reciprocate.”
Humility begins with the realization that we are wrong in our thinking and rebellious in our practice. When we are in Jesus, we should not be lifting ourselves up. Jesus humbled Himself. He did not come to be a passenger in first class, business class, or even coach. He came to be a servant of all the passengers, that through His perfect sacrifice on the cross and rising again, sin would be taken care of.

In addition, He has given us freedom from the very thing that drives us to self-exaltation: fear. Listen to 1 Pet 5:6–7: “Humble yourselves, therefore, under the mighty hand of God so that at the proper time he may exalt you, casting all your anxieties on him, because he cares for you.” Notice that it is our anxiety/fear that fights against humility. We strive to exalt ourselves because we are afraid of others looking down on us; we are afraid of being weak; we are afraid of missing out. In place of that fear, God gives us faith and His perfect love. 1 Jn 4:18: “Perfect love casts out all fear.” Never again do we need to fear being overlooked and unloved, for by His death and resurrection Jesus Christ has honored us with every good thing.

My prayer is that, as you leave today in God’s perfect love and promised provision for life, you will embrace the newfound community we have in Christ. You will embrace your newfound community as you notice people, their needs and hopes, walk in the new identity you have in Christ, strive to practice a radical hospitality that reflects the Father’s unconditional love. This is the new us. We can lift up those in need, because Jesus has said to us who were buried in coach, “Friend, move up higher.” Amen.

Adapted from a sermon in Concordia Pulpit Helps, Vol. 26, Part 3.