“You Have It Made”

“You Have It Made” 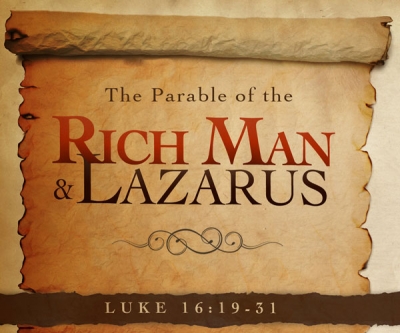 Have you ever known or encountered anyone who appeared to have it all, to have it made, and then it turned out later that they did not? This week I thought of three examples from my younger days in three different but important areas of American life: TV, Politics, and Sports. In TV, if you are my age or older, you might remember McLean Stephenson. For three years he played Lt. Col. Henry Blake on the hit show M*A*S*H. He had it made, a regular on a hit show. But he wanted to be the star, he wanted more money, so he left the show. He disappeared after a couple of failed shows where he was the lead. In politics, you probably remember the name, Richard Nixon. In the 1972 campaign, he was way ahead in the polls, he had it made, there was practically no chance that he would lose the election come fall. But his men could not leave well enough alone, they conducted the Watergate break-in, and the rest, as they say, was history. In the sports world, you may remember the story of Len Bias. He was an All-American college basketball player from Maryland, who after his last year of playing college basketball, was drafted by the Boston Celtics. He had it made. He was going to play for the Celtics, at that time a perennial playoff team. He was going to make millions of dollars. But he ingested cocaine two days after the draft at a party, and he died. Some modern examples of this phenomenon would include Anthony Weiner, Tiger Woods or Lance Armstrong.

Our text is a story like this. The rich man thought he had it made but he did not in the end, as we will see. For us, we know through God’s Word, and through the many blessings we have from God, that “We Have It Made.”

In this text, Jesus is teaching His followers while on the way to Jerusalem. The Pharisees were also listening to Jesus and were mad at Jesus because He had been criticizing their hypocrisy and their love of money. They weren’t listening to God’s Word. (They were actually guilty of rewriting it!) That is the sin of the rich man in this story. He neglected and ignored God’s Word. Instead of focusing on God’s Word, he focused on his own wealth and pleasures.

Here is what we are told in this story. Every day he led a life of extreme luxury, something many of us dream about. The Greek word used for feasting here really means glutton, and he was a glutton every day. He was living in a real over the top manner. You know kind of like Beyonce dropping 40 million on a jet for her husband for his first Father’s Day present, or Paris Hilton’s spending $325,000 on a doghouse for her furry friends. When you see and hear stories of celebrities blowing their dough, they have nothing on the guy in this story. TMZ and Entertainment Tonight would have LOVED this guy.

While this guy was living it up, there was a beggar out by the gate to his house. We do not know the exact nature of his illness. We do know that he was put there at the gate (he could not walk), he was covered in sores (which sounds gross), and he was so weak he could not push the dogs away who were licking his sores. Lazarus was in a bad way. He was hoping to be able to eat the table scraps the rich dude was probably giving to his dogs. This was not unlike the prodigal son who was ready to eat the pig food in his story.

Next we see a great reversal, something that God is fond of. The Rich Man and Lazarus both pass away, and the rich guy ends up in hell and Lazarus ends up in heaven. Remember now, the Pharisees taught in those days that wealth was a sign of approval from God for good behavior. A rich guy was considered to be a good boy according to the Pharisees, and a poor dude would have been considered a bad boy. That’s what they taught. And they probably taught it because they were rich. They loved money. Everyone listening to Jesus’ story would be shocked to hear Jesus say the rich guy was in hell.

The rich man finds himself in hell, and he finds that to be…unpleasant. In this story, he can see, talk to, but not go to those who are in heaven. He is in so much discomfort, he asks Abraham to send Lazarus with just a drop of cool water. Now this is not repentance here, he is still trying to give orders and sees Abraham and Lazarus as folks who can still serve him. Yikes, right?! We also note that the rich guy knew Lazarus, knew his name but never did anything for him. That detail is there to show us how negligent the rich man was.

Abraham tells him, “No can do.” There is no crossing over between heaven and hell. Abraham tells the guy that he got to live it up when he was here, but since there was no real love in his heart, except love for his money (certainly not for God), now he was stuck in hell forever.

Finally, the rich man thinks of someone other than himself and asks that a message be given to his family that is still here. Again, Abraham says, “No can do.” And Abraham points out that those who love the things of this life too much, they would not be persuaded to change their ways even if someone would rise from the dead. And here Jesus is firing one right at the Pharisees, for they should recognize that Moses and the Prophets point to HIM as the Messiah.

Well, in this tragic story we are reminded of a couple of things. We are reminded that money is NOT everything. Like the Pharisees, there are those today who preach that if you are rich God loves you more than poor people. I even heard a sermon that said something like that in an LCMS church in a town where the average income was twice what we have here in Edmond. We are blessed to have what we have, but our chief pursuit in life is not supposed to be wealth. We are here to receive what God gives, and share it!

Another thing that we are reminded of here is that we need to know God’s Word: Moses, the Prophets, Jesus. We need to know it all and know it well. And then we have to live the way it says to live in here (the Bible). Our faith is not something we are to pull out on a Sunday morning when we are in Church and then put away the rest of the week. Our faith and knowledge of the word is something that should be going on, demonstrably 24/7/365. We should love the Lord with all our hearts and all our souls and all our minds and all our strength. We should love our neighbors as ourselves. We should love our enemies and be kind to those who persecute us.

These are things we should be doing because Jesus did them for us. We know that living this life in a truly God-pleasing way is impossible. But honestly, that is no excuse. And that is why God sent Jesus: To die for us. To rise for us. And to gift us with His Grace so that by faith, we will not end up where the rich man ended up. Instead, by faith in the crucified and risen Jesus, we will also be “in the bosom of Abraham.”

Let’s end with this: Ken Klass of the Lutheran Hour told the story this week about an Italian town called Sybaris in 500 B.C. Sybaris had an army of cavalry which was so experienced and excellent that everyone in the entire town thought, “We are safe.” Those horses were so well trained that when music was played they pranced in place. They thought they had it made.
Here’s the thing: The enemies of the city also knew about the horses that pranced in place. When Sybaris went to war against the army of Croton, a city about 60 miles away, the army of Croton played some loud music, and the horses danced instead of going into battle. Oops. Sybaris was defeated: so much for having it made.

The same is true for us. Talk to the person you know who seems to have it made. Ask them if they really do, if they are content, and they’ll say, “No. We’ve got money, but our health hasn’t been the best” or “Our marriage is having some trouble” or they’ll say something else.

The thing is we do have it made. God made sure of that by sending His Son to save us. Are you poor? Jesus was poor and had no home of His own. Do you feel alone? Jesus was alone. His best friends left Him; one of them betrayed Him; another denied knowing Him. Do you think life is unfair? Jesus understands. He never did anything wrong, but He was still sentenced to death. And He suffered those things for you — so those who are given faith in Him might know that God’s desire is to give us eternal life and eternal peace.

Therefore, it is my prayer we will not be distracted from the real riches of this life, but that God’s Word will continually remind us of what is truly important, now and forever. We have been given forgiveness, faith, and eternal life, for the sake of Jesus Christ. With God’s gifts in here, we do have it made.