“You Are My Witnesses”

“You Are My Witnesses” 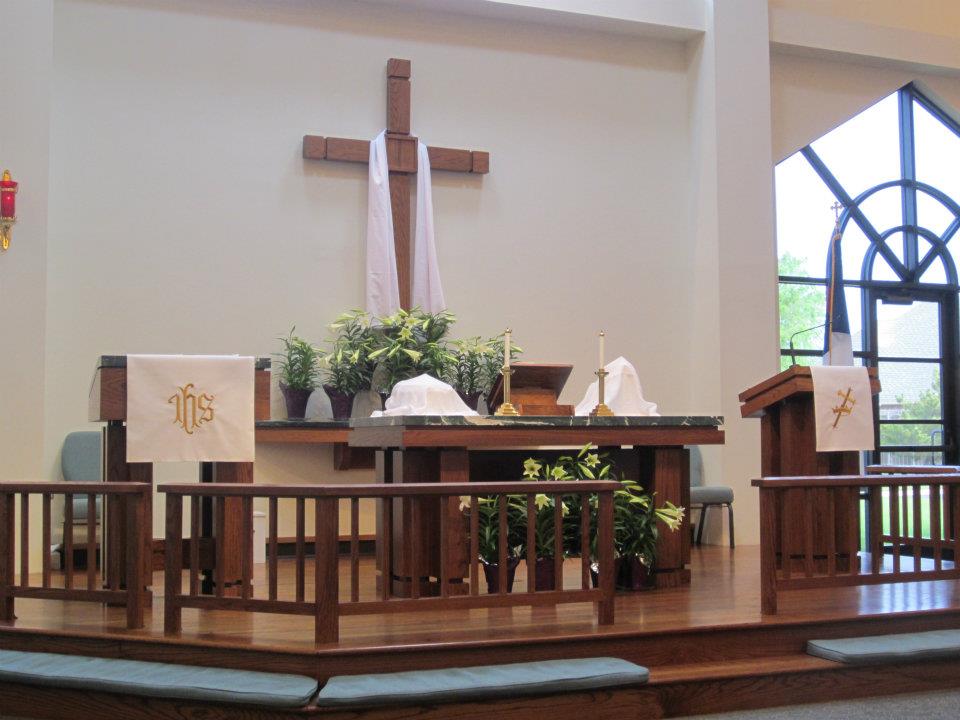 Today is LWML Sunday and this year’s theme is Jesus saying to us,
> “You are my witnesses.” Usually when we think of that witness word we
> think of police folks looking for witnesses to crimes. We look back
> fondly on some things we have witnessed: births, graduations, men on
> the moon, your team raising a championship trophy. Then there are also
> the things that we wish we had never witnessed: planes flying into
> buildings, tornadoes, disasters, and such.

> Last April when my car got wrecked, there was a guy who was willing
> to wait for the police to arrive so he could be a witness, and tell
> the police that the dope who hit me and totaled my car ran a red
> light. A good thing too, because a couple of weeks ago I got a
> document from his insurance company they wanted me to sign, saying no
> one was at fault for the accident. I was very thankful for my witness.
> Our Gospel lesson today is the traditional Ascension text. Many
> people and scholars see the Ascension as an ending, and in some ways
> it was. Obviously, the Ascension marked the end of Jesus’ earthly
> ministry. No more earthly appearances were necessary for Him. The
> whole mission was done, His death on the cross and His resurrection
> for our sins was accomplished, He had shown Himself to His apostles
> and made these things known, and now He could go home. But there was
> still more to do. The Church had to go out and tell what they had seen
> and heard.

> As you will recall, the Ascension also marked a beginning. It was
> after the Ascension, with the events of Pentecost and the like, that
> we saw the beginning and the birth of the true, catholic, and
> apostolic church. Ascension marked the beginning of Jesus’ church as
> it was to be after His earthly work was completed. Jesus said, “Thus
> it is written, that the Christ should suffer and on the third day rise
> from the dead, 47and that repentance and forgiveness of sins should be
> proclaimed in his name to all nations, beginning from Jerusalem. 48You
> are witnesses of these things.” Jesus said, “You are (my) witnesses.”
> I wanna tell you something. I have always been interested in time
> travel. As a kid, I was always fascinated by the concept, and as an
> adult I still like to watch time travel movies. One of the things that
> I have always wanted to do if I found myself in a time machine was
> take it back to Jesus’ time and place, and witness firsthand the
> events in the Bible.

> But the Ascension tells us to look forward, and not back. We are to
> look at the crucified and risen Jesus. It is this Jesus who leads us
> into the future, and who calls us to faith in Him and to join His
> community, His true church. The disciples realized this, they were not
> sad when Jesus left, instead they returned to Jerusalem with joy,
> praising God continually in the temple. We also must look to the
> future with joy, knowing we are blessed by God and sharing His Word.
> And it is in this way that we need to be witnesses for Jesus.

> Obviously, we did not witness Jesus changing water into wine, walking
> on water or rising from the dead. We are not witnesses of Jesus but we
> need to be witnesses for Jesus.

> That is what the Lutheran Women’s Missionary League is all about. It
> is Lutherans in mission. The pledge of the Lutheran Women’s Missionary
> League is centered in Christ. “…in obedience to His call for workers
> in the harvest fields,. . . We consecrate to our Savior our hands to
> work for Him, our feet to go on His errands, our voice to sing His
> praises, our lips to proclaim His redeeming love, our silver and our
> gold to extend His Kingdom, our will to do His will, and every power
> of our life to the great task of bringing the lost and the erring into
> eternal fellowship with Him.”

> Christ Jesus was the One sent by the Father as the great witness to
> His Love and Compassion for all His people. By the power of the Holy
> Spirit given in the Means of Grace, Christ has led Lutheran Women in
> Mission out from their individual homes and local congregations to
> cities and countries far away.

> We all have that calling. Whether it is to talk to the guy in the
> next cubicle at work, or fund a missionary half way around the world,
> we are to be everywhere sharing His redeeming love as we have heard
> the voice of Jesus Christ saying, “You are my witnesses.”

> Let’s close with this: Ken Klass Lutheran Hour Devotions this week
> featured the story of Joey Prusak. Know who he is? Joey is the 19 year
> old manager at a Dairy Queen in Hopkins, Minnesota. Ken made the point
> that Joey is not the kind of person the media likes to promote, as he
> isn’t flamboyant, egotistical or immoral.

> A few weeks ago Prusak was serving a blind customer when the man
> dropped a $20 bill. The lady behind him picked it up and pocketed the
> cash. Politely, Prusak asked the lady to return the money to its
> rightful owner. The lady refused. That’s when Prusak said, “Ma’am, you
> can either return the $20 bill or you can leave the store, because I’m
> not going to serve someone as disrespectful as you.”
> The lady left. And Prusak … well, he went to the blind man’s table
> and gave him 20 bucks from his own pocket. So that’s the story. No one
> would have known about this if it hadn’t been for a customer at the
> restaurant who saw the whole thing and shared the it.

> So why did Joey Prusak do what he did? “I was just doing what I
> thought was right. I did it without even really thinking about it.”
> Now the story does not end there. People all over have been sending
> Prusak cash as a way of thanking him for his example. And he’s giving
> it to charity because it’s the right thing to do.

> Cool story, isn’t it? Now what would we do if we were in that
> situation? I hope we would do the same. And I mention this because I
> think Joey was doing what Jesus would want him to do. Jesus tells us
> to love God above all things. To love our neighbors as ourselves. And
> one of the ways God has given us to love our neighbors is to be
> witnesses of Jesus to them, by what we do, and by what we say.

> Confessing the truth in love and serving the Lord with gladness, we
> rejoice that Jesus speaks to us, leads us out and blesses us as He
> graciously trusts us with the Gospel in our ears, eyes, hands, and
> mouths saying, “You are my witnesses.” To God be the Glory.