“Who is the Wrestler?”

“Who is the Wrestler?” 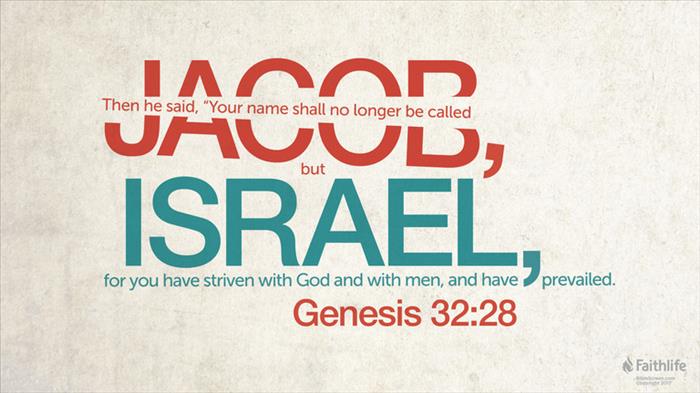 As I stand before you today, most of you know that I am from Wisconsin and the suburbs of Milwaukee. I grew up in a household, and in a neighborhood, where people watched sports and thought sports were important. I realize some of you hear this and shake your heads…and that’s ok. But this was the way it was where I grew up. The sports that were popular where I grew up were the usual: football and the Packers & Badgers, baseball and the Brewers, basketball and the Bucks (Kareem played there then). We also followed pro golf, and the occasional boxing match. One thing we did not watch was…wrestling. Pro wrestling was on channel 18, but we never watched it. (My brother Chuck was into it for a while, but not the rest of us.) And southeastern Wisconsin was not Iowa, or Oklahoma, where college wrestling is a big deal.
Today we find ourselves looking at a text where we have Jacob wrestling somebody, and scholars have long debated who Jacob’s “opponent” was. Today, we are going to discuss in this sermon, “Who is the Wrestler?”

This question is very important in today’s text. Most people see this text and think this: Jacob is the one wrestler and the one with whom he wrestles, while a bit vague, appears to be God. And most real Bible people think that this is the preincarnate Son of God, Jesus. Jesus before Bethlehem. There are a few times in the Old Testament where the before Bethlehem Jesus shows up and talks to people. These are the wrestlers in our text: Jacob and Jesus.
I
Now if you saw the title of this sermon in the bulletin, you might be thinking that this sermon is already over. Sorry…it is not. Most of the folks who believe the Bible is God’s Word believe that Jacob and Jesus were the wrestlers. What we really need to discuss here this morning is the whole, Lutheran, “What Does This Mean?” thing. What does it mean that Jacob and Jesus were wrestling that night? One move we can make is to insert ourselves into the story. We take the role of Jacob and speak of wrestling with God in prayer in order to receive our blessing, the answer we desire. What that means is that we think this is all about us—and it is not. The Bible is not a self-help book. It is a “God helps you” book.

Another way people look at this text is to interpret it as a battle cry. “You will be attacked by the soldiers of Satan and the wicked of the world. Fight the good fight! Do not give up, and in the end, you will be blessed with great honor, power, and riches. Persevere, people, and prepare for the piles of plunder!” You can probably tell from the sarcastic tone of my voice that this is also the wrong direction here.

I am not saying that we are not in a battle, because we most certainly are. I am not denying that the evil forces of sin, Satan, and our world are grabbing at us and pulling on us in an ongoing attempt to pin our faith to the mat. This is our reality, our condition, and it has been this way since Adam and Eve sinned in the Garden of Eden. Satan remains an active and dangerous foe who must be subdued, or we are dead physically and eternally. Our world continues to shock us daily with its ability to show us even greater and more horrific examples of corruption. We are in a battle, the most serious battle of all, but again, that implies this is all about us: what we think, what we do, what we believe. It’s not about us. So what is God telling us here?

It is God who rescues the Israelites from the hand of Pharaoh with the parting of the waters—not man. It is God who drives out the Canaanites before Israel so they can move into the Promised Land—not man. It is God who takes the burden of our sin to the cross at Calvary—not man. Jesus carries our sins to the cross; it is Jesus who suffers and sheds His holy blood on our behalf; it is the Lamb of God who takes away our sin as He dies in our place. And, though it looks as if He has been defeated as He hangs limp on the cross, the greatest victory of all takes place three days later as the Son of God rises from the dead, having conquered sin, death, and Satan. It is God who is our Wrestler. He is the One who fights in our place on our behalf, and He has claimed a great victory which He gives to us.

God is the Wrestler. God is our Wrestler. This reality did not begin when Jacob was rolling in the dirt by the ford of the Jabbok. It began as Adam and Eve were driven from the garden. This reality did not end when Jesus was victorious upon the cross and Satan was pinned and chained in defeat. It ends when we are safely through the gates of everlasting life.

I do not have to tell you that the battle, the fight, is ongoing. Satan has been conquered, but He has not quit. Each day we are challenged by the desperate evil of our world, and we find ourselves in a chokehold that threatens our faith. Don’t be afraid. There is the Wrestler, the Champion, the Strong Deliverer, the Christ who daily fights for us. When He made you His own in Baptism, your old Adam was killed and the new Adam rose up—but as Luther said, the old Adam is a good swimmer who must daily be pushed back under those holy waters. Jesus Christ’s strong arm does the pushing.

Fight that strong arm, if you really want to—try to win the battle by yourself; rely upon your own reason and strength; be your own wrestler! And when you have had your face rubbed in the dirt and the wind squeezed from your body, you will be grateful and thankful to know that the true Wrestler has got your back! He fights for you, and nothing/no one can stand against Him.