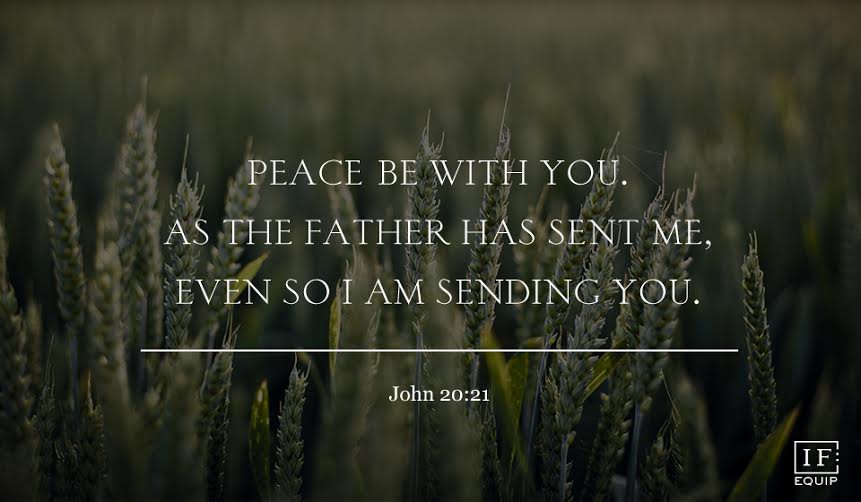 Martin Luther was supposed to be martyred. In 1505, young Martin Luther entered the monastery. Within three years, he was ordained a priest. Soon after, Luther was sent on a trip to Rome, where he was disgusted by the moral corruption there. In 1512, Luther received a doctorate in theology and was appointed professor of Holy Scripture at Wittenberg.

Luther spent long hours studying the Psalms, Romans, Hebrews, and Galatians. The more he studied the Word of God, the more he could not agree with the teachings of the Roman Catholic Church. Specifically, Luther disagreed with the teaching that people help earn salvation by doing good works. He also did not believe that the pope had the authority to forgive sins through the selling of indulgences.

On October 31, 1517, Luther posted his Ninety-Five Theses. They were written in Latin for academic debate. However, they were soon translated into German and distributed across the country. Immediately, Luther was called a heretic by priests throughout the land. Many cried out for his public execution. Maximilian I, Holy Roman Emperor; Charles V, later Holy Roman Emperor; and Pope Leo X all demanded that Luther be silenced.

The Scripture readings for the Second Sunday of Easter remind us that Christians are God’s witnesses, sent into the world. It was true for the first disciples. It was true for Luther almost five hundred years ago. It is true for you and me today. Regardless of the Opposition of Our Society or Dangers of Our Surroundings, We Obey God Rather Than Men. We declare that salvation is given as a gift to those who believe in Jesus Christ, the crucified and risen Savior.

Luther was told to go to Augsburg to meet with his cardinal. Cajetan showed Luther a papal document written by Leo X. It announced the pope’s right to sell indulgences for forgiveness of sins. Also, it declared that faith was not necessary for one who receives the Sacrament. Luther responded that popes and councils have made mistakes and even contradicted one another. They should be obeyed only when what they say agrees with Scripture.

In today’s Gospel, John tells how Jesus met with His disciples in the Upper Room. Jesus showed them His wounds and greeted them with God’s peace. The disciples were thrilled when they saw the Lord. Then, Jesus gave them a simple command, “As the Father has sent me, even so I am sending you” (v 21). Jesus breathed on them, blessing them with the Holy Spirit.

The disciples preached the Gospel, they preached about the crucifixion and resurrection of Jesus. They named Jesus as the source of forgiveness and salvation. God had made the disciples to be witnesses for Jesus Christ and so had the Holy Spirit, who now lived in them!

It is extremely important to take note of the message that the disciples proclaimed. It was both Law and Gospel. That is, their message not only declared what wonderful things Jesus had done; it declared what terrible things the Sanhedrin had done. The disciples confronted the Jewish council with the reality of their sin before God.

“The God of our fathers raised Jesus, whom you killed by hanging him on a tree” (v 30). With these words, the disciples confronted the Sanhedrin with the truth that they had opposed God. They had rejected God’s Messiah by humiliating and murdering Him. This was their personal sin against God, Scripture, and Israel.

The Bible doesn’t record what happened in the hearts of those on the Jewish ruling council. We know Gamaliel immediately spoke on behalf of the disciples. Also, we know that later, some Pharisees and some of the Sanhedrin did become Christians.

In the months after facing Cajetan, Luther would work at a feverish pace. He continued teaching and preaching, researching and writing, publishing and debating. The volume of material he produced is astonishing. By 1520, he was on record as disputing the infallibility of the pope, attacking Rome’s theology of the sacraments, and defining his position on justification and good works. Leo X answered by condemning Luther as a heretic and issuing a statement of excommunication. Luther’s response was to burn that document. In 1521, Luther was summoned to appear before the Diet of Worms. Martin Luther was ordered to take back what he had said and written since 1517, and he would not unless those who were opposing him could show his errors in Scripture. Within days, the emperor declared him an outlaw and heretic, thus permitting anyone in Germany to kill him.

Luther was supposed to be martyred! By God’s grace, he was not killed. He lived to be sixty-two years of age. Of course, he did not know that he would live that long. What he knew was that powerful forces were arrayed against him, seeking to silence him. So, why didn’t Luther just stop? Why didn’t he quit speaking and writing and teaching and preaching? Why didn’t he move to some quiet place where no one could find him, and just keep quiet? I think you know why.

Before the Council dismissed the disciples, they were flogged. They were ordered not to speak about Jesus anymore. But the disciples were not discouraged; just the opposite. They left “rejoicing that they were counted worthy to suffer dishonor for the name” (v 41). They were honored to be dishonored for the name of Jesus. Instead of quitting their preaching, they never stopped teaching and preaching Jesus. Every single day they witnessed, in public, in the temple, and in private, from house to house.

We are witnesses. We’ve looked at the witness of Martin Luther and the testimony of the apostles. These are our examples; this is our heritage. Like them, we have been called by Jesus Christ and inspired by the Spirit to be witnesses. We have been sent into our world, our culture, our time.

Truly, we must confess that we do not witness as often as we should. We can be scared by the words or actions of those who don’t believe in Jesus. We can be tempted to remain silent or do nothing.

But we should not be silent. We have been given a great gift. We KNOW that Jesus died and rose again for our sins. We KNOW that we are saved by what He did and not by what we do. We KNOW that we get forgiveness, faith, and salvation as a gift from God. We know this, and it is our duty and pleasure to share this Good News, and to tell and remind others of what we know. Even though we may receive rejection or dishonor, we will obey God rather than men. We will proclaim salvation as a gift through the crucified and risen Savior, Jesus Christ. We are His witnesses!

Adapted from a Sermon in Concordia Pulpit Resources, Vo. 27, Pt. 2.