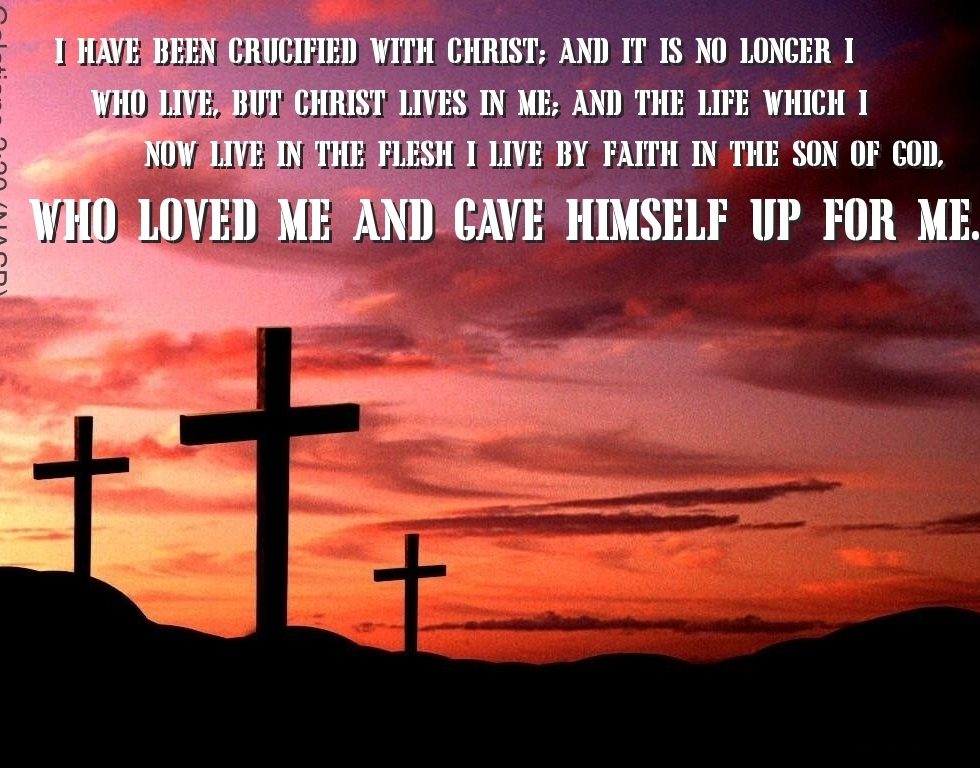 Here’s Paul’s original take on that: There are only two kinds of people in this world: Jews and Gentiles.

The division of the world into two types seems something a lot of us like to do.  There’s something in our very nature that looks for two kinds of people because of the human tendency to look at people and decide who is my kind of person and who isn’t, who measures up and who doesn’t.

But there’s also something more to it if you think biblically. Paul had come by his perspective honestly. In the Old Testament, there’s Israel and the nations—one or the other. And that “two kinds” thinking is not just Old Testament. Think of Jesus’ word about Judgment Day. There are the sheep and the goats. In Revelation, there are those gathered round the throne and those who are not saved.

It does seem like there’s something to the “two types of people” thing. But in Galatians 2 and 3, St. Paul wants us to see something more, even though he started with that view of Jews and Gentiles.

Paul was born a Jew; his roots were anchored deep in a particular, special history—a family tree that stretched back to Abraham. He was proud of his roots because they were so connected with his religion. Judaism was a religion anchored in human obedience to God’s laws, given at Sinai, pronounced in the books of the Hebrew Bible, and explained by the rabbis. Anchored in God given moral standards, the Jews realized that there was a void between them and the rest of the world, the Gentiles. Because the Gentiles were either ignorant of God’s laws or rejected them, they were sinners. The Jews who lived out the laws (I would say here the Jews who thought they lived out the laws)—thought they were righteous. An easy distinction: a moral minority versus an immoral majority.

We might say that Paul has only shifted his perspective. There are still two kinds of people, but the division isn’t into Jews and Gentile sinners, but into those saved by faith in Jesus and those justified by faith and those trying to save themselves. And that would be true, but it also skips an important step that’s in the middle.

That step is this: That in a most basic way, there is only one kind of person: sinners.  There are other terms we can use: transgressors, wrongdoers, law breakers.  But it boils down to the fact there is really one group of people.  We are sinners.  All of us are sinners.

This was not a great philosophical insight that Paul had. He wasn’t not drinking a can of V-8 and suddenly came to this inspiration.  Paul realized this after he had an encounter with the living, resurrected, Lord Jesus. Paul’s easy distinction between Jews and Gentile sinners breaks down in the face of Jesus. Christ Jesus blows our standards, our ideas of who is good and who is bad, right out of the water. We can all find people in life who have so messed up their lives that it makes us look good by comparison. That is the basis for all our self-justification. We set a standard that enables us to explain how good we are by contrast.

But that doesn’t work when you meet Jesus, who isn’t merely “moral,” but completely holy—the man who is beyond anything humanity had ever seen. Sinless. Pure. Totally different from us even though he is fully human, just like us. Yes, perfect. What humanity was before the fall.  Plus He’s, you know, God.

Who measures up to that? No one. All our supposed righteousness—even for those who understand good and bad, right and wrong—all of it is so much rubbish by comparison. No one measures up to Jesus Christ, so Paul says it for us all: “by works of the law no one will be justified” (2:16).

If there are two kinds of people, then it is Jesus and sinners.  It actually works like this: there is Jesus Christ, true God and the true man who is what we and everyone were meant to be, righteous and holy before God. And there’s all the rest of us: sinners. It hit Paul like a ton of bricks, or a 16 ton weight. Proud Paul went from a person convinced of his righteousness to be the man who wrote to Timothy and called himself the chief of sinners (1 Tim 1:15–16).

So we are all sinners. All of us. And now, in a strange and somewhat frightening way, those who are most into “morality,” those who think they are “good people,” those who think they can save themselves by what they do, they are in the most spiritual danger. They are Paul before he met Jesus. They are the Pharisees who scorned Jesus and His compassion for all the people who had wrecked their lives with open sin. Today, they may be those who justify themselves because they are so tolerant. Or they may be people who hate the moral chaos so much that that they foolishly think they are the exceptional ones who are pleasing God with threir lives. No matter what course it takes, self-justification before God is a dead end. Yes, it ends in death—eternal death—because it refuses the only one who can save, Jesus.

Yes, it is Jesus who is perfect.  It is Jesus who offered Himself for us, taking our place, even our punishment and death—in Scripture’s words: becoming a curse for us; the penalty we deserve.

So it is that Paul points us to Christ and Christ alone and says that, in Him, we have been crucified and, in Him, we are now alive with Him. Listen (2:20): “I have been crucified with Christ. It is no longer I who live, but Christ who lives in me. And the life I now live in the flesh I live by faith in the Son of God, who loved me and gave himself for me.”

The promise is forgiveness. Not advice, not direction on how to be more righteous. Not new rules for us to fix our lives. No, because we, in ourselves, are dead.

It’s forgiveness. Period. It is the promise spoken to us in Baptism, where we received the washing of rebirth (Titus 3:5), where we were brought into Christ—baptized into Christ’s death and His new life (Rom 6:3–4). Our life is in Christ, in Christ and His life (Col 3:3).

It is His promise, and it is sure. To have faith in Him is to trust that promise and to rejoice that, holding on to Jesus, we will live the new life He has for us, everyday.

Martin Luther explained these verses in two sentences: “Now the true meaning of Christianity is this: that a man first acknowledge, through the Law, that he is a sinner, for whom it is impossible to perform any good work. . . . The second step is this: If you want to be saved, your salvation does not come by good works; but God has sent His only Son into the world that we might live through Him” (AE 26:126).

The guy who came up with Murphy’s Laws is reputed to have said, “There are only two kinds of people in this world: those who divide people into two groups, and those who don’t.”  I think I have made the case today that the Bible teaches that there are two Kinds of People: Dead Sinners . . . and Jesus Christ, in Whom Sinners Are Forgiven and Given a New Life.