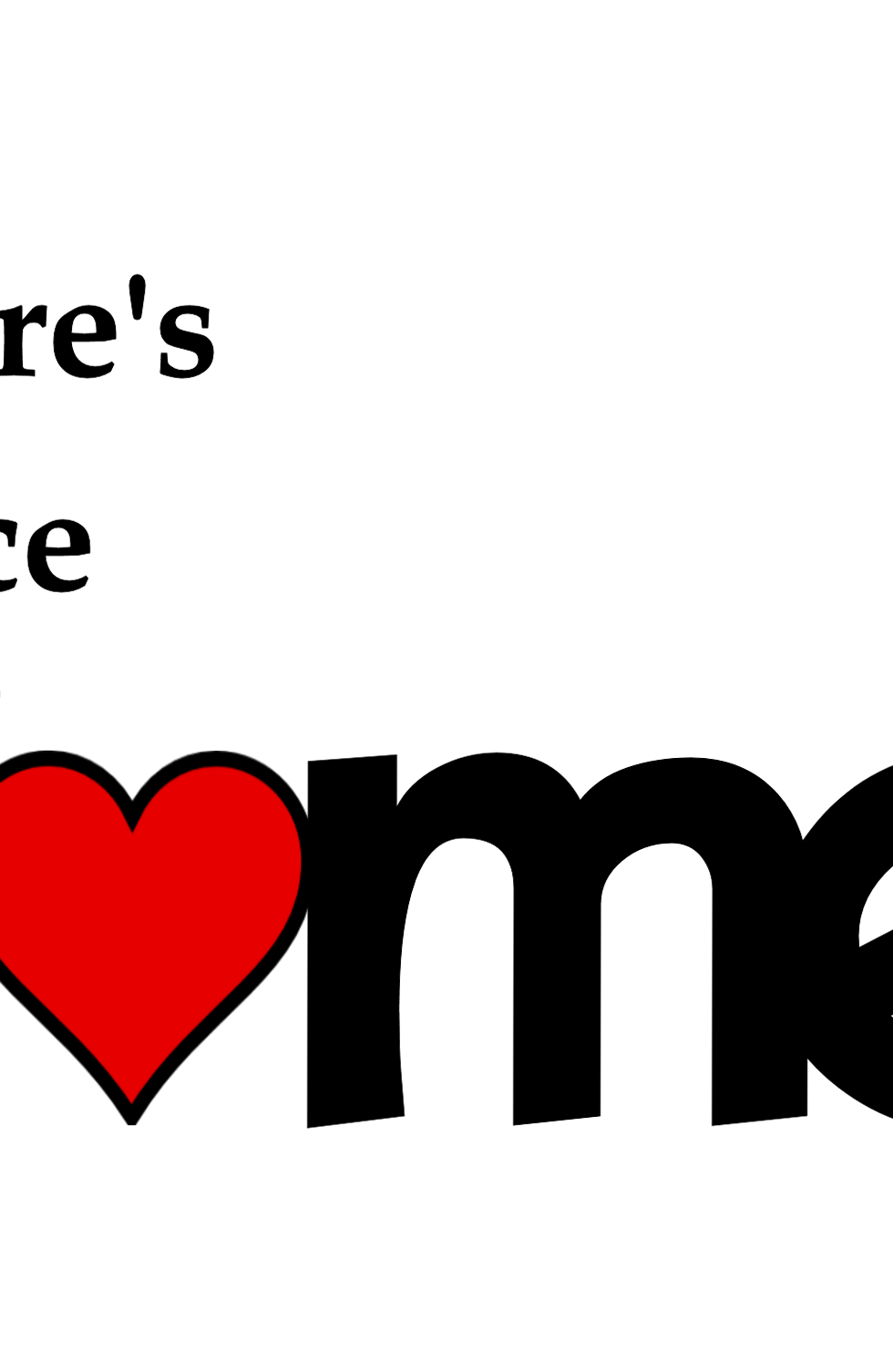 Home! For a lot of us, when we think of home we think of love and laughter, security and serenity, warmth and welcome. It is where E.T wanted to go. It is the point to baseball, going home. “Home, home on the range.” “When Johnny comes marching home.” “Sweet Home Alabama.” “Take me Home, Country Roads.” “I’ll be home for Christmas.” And a girl in Kansas said in a movie once: “There’s no place like home!” Sadly, I know this is not true of everyone, but for many, home means mom and dad, fun and games, good food, deep sleep.

Isaiah, writing in the eighth century BC, is talking to the Israelites who will be living in Babylon in the sixth century BC—exiled far from home. Isaiah knew that two hundred years before it happened, the superpower known as Babylonia was going to come and destroy everything that was left of Israel. And take anybody who was worth anything back with them. He was right. This happened. The Babylonian empire decided once and for all to destroy Jerusalem.

Gathered in Babylon, (cf. Ps 137), the exiles wondered: Is our God for real? If so, does He care about us? Just how can we believe in a God who lost the latest war? Why not worship Babylonian gods? After all, their armies are more powerful than ours. A Psalmist asked God: “Will you be angry with us forever?” (Ps 85:5).

The exiles were stuck in a land with canals and ziggurats and the Tigris and Euphrates Rivers and the Ishtar Gate and the detestable statue of Marduk. Judah and Jerusalem and the Jordan were replaced by the building projects of Nabopolassar and his son Nebuchadnezzar. At that time, Israel had no king, no temple, no royal city, no land, no liturgy, no sacrifice, no hope, no future, and no song. They found it hard to worship/praise Him in exile. How could they sing God’s songs while stuck in a foreign land? (cf. Ps 137:4).

So by the rivers of Babylon they sat and they cried (Ps 137:1), and they were thinking about the good ol’ days. Now, I have to say that as I am getting older, I am doing that more and more. I used to hear my folks refer to the good old days of the 1940’s when they were in the 1960’s and 1970’s. I have recently watched a handful of movies and documentaries that took me back to when I was a kid. Can you relate? Well, for those last Israelites, they were sitting in that big old town Babylon thinking about the good old days for them when they worshiped in the fancy temple that had been built by Solomon, worked and shopped in the city of David, and life was good. You can just hear them saying, “O God, ‘there’s no place like home!’”

These Israelites in exile were not only far away from home. More importantly, they were far away from God. Just like the prodigal son, Israel had demanded its fair share of the inheritance, set off for a distant country, and squandered it all on wild living. I mean this in a figurative way as they stopped worshipping Yahweh/GOD and went instead with worshipping Baal and Assyrian astral deities, which resulted in the perverting of justice and righteousness, heartless worship, gutless faith. God punished them for that. And it happened August 19, 587 BC—the collapse of Jerusalem—“the day the music died!” (to use a song lyric in a way not intended by its author)

Some of us are far away from home (Where we are from); all of us are far away from the Father. It’s the way we operate. We are, again, right here, exiled in a Babylon of our own making. We are separated from God because of our sins. Every time we sin, we are rejecting the true God for our gods. Martin Luther, and others, have said every sin we commit is a violation of the First Commandment, “You shall have no other gods.” Every time we sin, we are replacing that God with this one (ourselves). In our sins, we have run away from Home (His Love, Mercy, Gifts) and gone chasing after things that are so worthless in comparison. We’ve sold our baptismal inheritance, like Esau (despised) did with his birthright, and ended up with dishonest lives, empty relationships, and inflated egos. We forget that “home” is with God, in His hands, seeking to do His will, and singing His praise.

To those in exile in Babylon, for us in our exile/sin God speaks, “For you shall go out in joy and be led forth in peace; the mountains and the hills before you shall break forth into singing, and all the trees of the field shall clap their hands” (55:12). All exiles are invited to join in this hymn of all creation! Isaiah was looking ahead 200 years and telling the Hebrews that God was not going to forget them, that God was going to see to it that they were going to go home.

Just when the music had died and Israel’s history seemed closed by Babylonian imperial policy, to the shock and surprise of everyone, the Lord raised up a rescuer named King Cyrus (45:1) and God used this new Babylonian ruler to let His people return to the Promised Land. That was kind of a foreshadowing, a preview for when a Suffering Servant left His home and was wounded for our transgressions and crushed for our iniquities (53:5). And guaranteeing this deliverance is the power and faithfulness of God’s Word (55:10–11). God, in His Word, promised a Messiah to take away our sins. God promises us forgiveness and eternal life by the crucified and risen Jesus. These promises will not return empty. God said it. Faith believes it! That settles it.

In Bethlehem, Jesus, took on flesh and blood. He lived exiled from His Home, from the Father’s home (you know…heaven) for thirty-three years. “Foxes have holes and birds of the air have nests, but the Son of Man has nowhere to lay his head” (Mt 8:20). Jesus was exiled, not only from the Father’s home, but finally from the Father Himself. Remember when Jesus said: “My God, my God, why have you forsaken me?” (Mk 15:34; cf. Ps 22:1). Jesus said this because the eternal connection He had with His father was broken while He was on the cross. And as bad as that was, from tasting the cup of the new covenant (the Passover Meal) to the time of His crucifixion, Jesus was spit on, bruised, beaten and punctured. He had been a cross-carrier and a sin-bearer. On that day also, the music died.

Yet raised on the third day, the song, better, the symphony of celebration, rocks on! Isaiah reminded the Israelites 2800 years ago, and reminds us, that no matter how distressed or depressed we are in our situation, a better future is in our future. We can and should sing praise. Why? Our REAL HOME is waiting for us. Jesus said, “In my Father’s house are many rooms, if it were not so, would I have told you that I go to prepare a place for you?” (Jn 14:2). “Our citizenship is in heaven” (Phil 3:20). “We have a building from God, a house not made with hands, eternal in the heavens” (2 Cor 5:1b).

This is no dorm room or military barracks or student housing, no Super 8 or Holiday Inn Express or room at the Skirvin. What awaits is way better than anything Robin Leach put on TV or MTV showed on Cribs. What God has promised, what Jesus has prepared for us, the HOME that awaits us who are faithful, is infinitely better. God can’t wait to welcome us, as the father did for the prodigal son. The robe and sandals are ready, and so is the ring. The price is paid, the party prepared, the sacrifice complete, and the Father has rehearsed His lines: He will look at us and say: This child of mine “was dead and is alive again” (Lk 15:32).
And so let’s sing with mountains and hills, and with the trees clap our hands. Let’s “Join in the Hymn of All Creation, for the Lamb Who Was Slain Has Begun His Reign.” We are reminded today that while we are here, our troubles, our worries, our pandemics are all temporary things. As the old hymn goes, “I’m but a Stranger Here, Heaven is My Home.” Because Jesus’ Dying and Rising, His Love Means Exactly This: We Are Going to Be With Him! There is no place like Home.