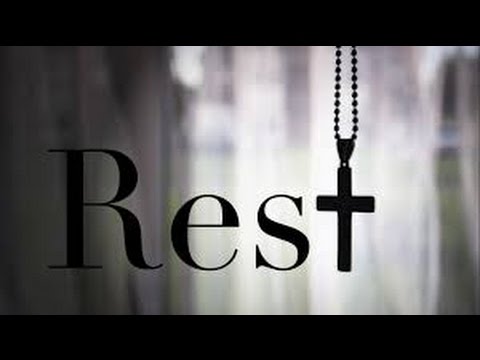 Secrets. Today, we are going to discuss secrets. When you were a kid, did a playmate or a little brother or sister ever come running up to you and say, “I’ve got a secret. Nyah, nyah, nyah nyah, nyah.” Irritating, right? You know what else is irritating about secrets? Did you ever have a friend or a spouse or relative or someone come up to you and say, “You know so and so, oh, wait, I shouldn’t tell you. Forget it.”

That’s irritating. People have a lot of problems with secrets. It seems to be a basic problem of human nature that we want to share them. Although I should tell you when I teach the confirmation kids about not gossiping, I tell them that if you want a secret to stay a secret, don’t tell anyone. In the Gospel lesson for today, Jesus is talking about secrets, too. Jesus kind of has a secret. But Jesus doesn’t play this little childish game we all play when it comes to secrets. Instead, He chooses to reveal His secret to all of us. This morning we are going to take a look at what God has revealed to us. This morning we are going to discuss The Secret That Is Not To Be Kept.

The first thing that Jesus discusses in our text today, is that there are two groups of people. Those who know the “secret,” and those who do not. The secret is “these things.” Jesus said, “I thank you, Father. . .that you have hidden these things…” What are “these things”? According to Jeffrey Gibbs (whose commentary you bought for me last year and which was consulted for this sermon), the idea in the verses before our text is that Jesus had gone into Israel, the people for whom a Messiah was promised, and revealed Himself to be the Messiah. “These things” refers to the ministries of Jesus and John the Baptist and that people should recognize that they are God’s plan for salvation.

Jesus says that the “wise and understanding” do not know this, but that “little children” do. What is Jesus saying here? Smart people go to hell and only little kids are saved? No. But please remember, God turns a lot of things upside down. His ways are not our ways, and that is a good thing.

So we ask, Who is in on the secret? Who isn’t? Well, on one level Jesus, in referring to the “wise and understanding,” is talking about the Pharisees, the Scribes, the Priests, the Jewish ruling class. Jesus has told them and shown them that He is the Messiah, and that while some have become His disciples, many have rejected Him and His ministry. Many of those were the Pharisees, scribes, and so on.

On another level, when Jesus is talking about the “wise and understanding,” that is the whole group of people everywhere who do not think they need a Savior, who do not think they need Jesus, all the people out there who think they are “good” people or who can save themselves by their goodness. It is a very dangerous and deadly thing to think that you are “self-sufficient,” to think that you do not need Jesus or anything that God offers.

Scripture then tells us that when people refuse to listen to what God has to say, when people are stubborn and reject the Good News of Jesus and arrogantly believe in their self-sufficiency, then God the Father responds by “hiding” the message from them. We see this in the Jewish leaders who reject Jesus. We see this when Jesus tells parables and His listeners reject His teaching and therefore don’t figure out what He is trying to say. We see this with Pharaoh when he refuses to let God’s people go with Moses. This does not mean that these folks cannot later repent and receive God’s gifts. They can. But if they stubbornly refuse to repent, that can lead to a hardening and darkening of the heart. When that happens, God gives those folks what they want. This may be a good time to remind you of the C. S. Lewis quote that “The gates of hell are locked from the inside.” God doesn’t send people to hell. People choose hell when they refuse to receive forgiveness from Jesus. In that sense, then, God gives people what they ask for.

The “infants” then, according to Gibbs, are those who are led by the Holy Spirit to receive the message from God, those who know they are “ignorant, impotent and incapable of saving themselves.” Just as a little child is completely relying on his/her parents for food and protection, we need what God gives to be saved. This is anyone, then or today, who is a disciple of Jesus, who believes Jesus is at the center of their lives, who are the “poor in spirit” in the beatitudes, those who know they are “unable and insufficient in themselves to accomplish anything good.” (Gibbs) The “infants” are all those who see Jesus, crucified and risen, as their Savior.

In our text, Jesus is talking to His Heavenly Father in the first part. In the second part, Jesus turns His attention to all of us. These words are worth repeating here:

28 Come to me, all who labor and are heavy laden, and I will give you rest. 29 Take my yoke upon you, and learn from me, for I am gentle and lowly in heart, and you will find rest for your souls. 30 For my yoke is easy, and my burden is light.”

If you think that Jesus is playing favorites or dividing people up with the first part of the text (He isn’t, but…), He makes His intentions as a Messiah very clear here. He says that ALL people who desire rest, all who labor and are heavy laden, should come to Him. Not just all the “infants,” but everyone. The door is open to everyone.

Do you labor? Do you carry a heavy load? I am guessing that most of us say yes to this. Whether it is the kids, or the spouse, or the job, or the boss, or the bills, or the economy, or our divided country, we can all use some rest, right?

I have to tell you, we are not just talking about a vacation, here. Although those are nice. The Erlers are going to Texas for a few days next month. Looking forward to it. But this rest is not just relaxing by the pool somewhere with a root beer on the little table next to you. Jesus is talking about the comfort, and the rest, and the peace that comes with knowing that we need Jesus, and we have Jesus.

Jesus reminds us of this when He tells us to take His yoke upon us. If you do not know, a yoke here is not the control device for an aircraft, or the yellow part of an egg. (I know that is spelled different, ok?) This is the wood thing you put on the back of a cow to pull a plow. Now grabbing one of those and putting it across our shoulders does not sound like a lot of fun. But God does everything upside down right? Because when Jesus says we should take His yoke, He means we are to learn what He is like. Professor Gibbs points out that this “yoke” is “nothing other than to become a disciple of Jesus.” Jesus says, “Learn from me.” “Learn from me that I am gentle and humble in heart.” Again, we quote Gibbs, “In learning that Jesus gently receives and forgives all who come to Him in need, disciples find rest for their lives. . . .He saves, indeed, because of His own humility of heart that leads him to the cross and the empty tomb for all.” When we truly remember and know what Jesus has done for us, our labors and burdens no longer trouble us. We have rest.

Let me illustrate with this story: Ken Klass in his devotions this week, told us about how over 200 years ago, a lighthouse was built to warn ships of the dangerous reefs that were just offshore of Plymouth, England. The architect of the lighthouse was a fellow by the name of Winstanley. Mr. Winstanley was not a modest man.
He was so sure of his ability as an architect and so confident of his lighthouse design, he had these words of challenge carved on the cornerstone of his landmark: “Blow, O Ye Winds! Rise, O Ocean! Break Forth, Ye Elements, and Try My Work!” Less than three years later, Winstanley’s challenge was accepted. The winds did blow, the ocean did rise, and the elements did break forth to challenge the architect’s work. The result: Winstanley, his lighthouse, and the crew he was using to repair the already damaged facility were swept away into the ocean. Now doesn’t this sound like the “wise and understanding” Jesus is talking about?

Years later, John Smeaton, an elderly engineer and a Christian, rebuilt the lighthouse. Smeaton found a new site and dug deep so he might build on solid rock. The cornerstone of his lighthouse read: “Except the Lord Build the House, They Labor in Vain that Build It.” For more than 90 years that lighthouse was able to withstand everything that went up against it. Does that sound like the “infants” Jesus was talking about, someone who knows they need God?

When believers learn from Jesus as He has said, we can be sure that when the storms of life come upon us, when the winds of uncertainty blow around us, when we deal with our labors and our burdens, the person whose life is built on Jesus can be at peace. This is no secret, to you or to me. With Jesus, we can have rest and peace, now and for all eternity.
In His name.