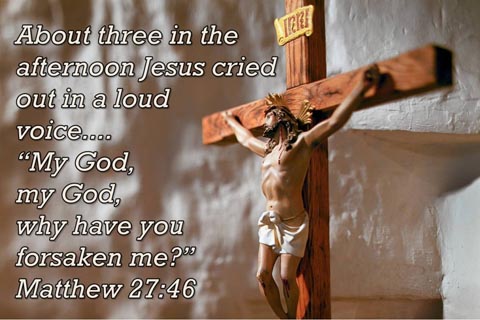 Palm Sunday/Sunday of the Passion

When I was a kid, like many kids, I would point at people (usually other kids) and call them names.  My parents told me every time I pointed an accusing finger at someone else, three fingers pointed back at me.  Maybe you have heard that one, too.  That is an important thing to remember when we think about the text for today.  Accusations fly in all directions.  As Jesus stands before the high priest and later before Pilate, people of every kind come forward to accuse Jesus of all kinds of wrongs.  Meanwhile, outside the high priest’s house, a servant accuses Peter of being “one of them.”  When Peter denies with curses and oaths, saying that he doesn’t even know Jesus, we get into the act.  At least I do, for in my mind I can see myself pointing at Peter.  “Peter,” I say, “You thought you were so cool.  You boasted in front of everyone that even if others left Jesus, you would not.  Well take a look at yourself now, Peter.”  And to Judas I might say, “How could you betray Jesus?  How could you walk up to the man who called you “Friend” and kiss Him, knowing this was the kiss of death?”  And to the folks in the crowd I might say, “How could you be so fickle that your hosannas so quickly turn into shouts for Jesus to die?”

We could point fingers at most everyone in this story, the disciples, who ran away; the Jewish officials who abused their power; the good people who looked the other way; Pilate for his cowardice; the passersby who came to gawk and taunt the dying man, while Jesus used His last breaths to pray His bittersweet prayer, “My God, my God, why have you forsaken me?”  Who in this story stands unaccused?

The answer to that question is no one.  As I said before, when we point a finger at someone else, three fingers are pointing back at us.  We point at Peter and accuse him of denying Jesus three times.  But that is something we all have done.  We have done it every time we have been afraid and hidden our identities as followers of Jesus.  We have done it every time we have muttered curses about the messes that seem to follow us around, messes we are in because of what we have done in the first place.  Judas betrayed Jesus, which is something we all have done.  We have done it every time we did the opposite of what God wanted us to do.  Every time we have not helped a neighbor in need.  Every time we have ignored or turned our backs on someone asking for our help. Every time we have hated, disrespected, lusted and lied. We point our fingers at the faithless priests, who accused Jesus of threatening the temple, and they made the worship of God a farce.  But we have done the same thing when we have ignored or neglected what we receive here, or when we have come here and mindlessly sang our hymns and songs and recited our liturgy, while our minds were on work, school, or where we want to go for brunch.  The fickle crowds became a raging mob, and we have too, every time we create or look to the “heroes” out there who disappoint us because they cannot save us from ourselves.  And we sometimes point an accusing finger at God, and accuse Him of forsaking us.  We accuse Him of not paying attention.  Yet it is we who have forsaken Him very day of our lives, somehow, some way.

We do a lot of pointing.  And very little good comes of it.  All these pointing fingers tear up our families and communities.  We cut ourselves off from one another and from God.  We end up with Peter–out in the cold night air, weeping bitterly while the echoes of our curses assault our conscience.  We find ourselves with Judas–sick with shame and regret, thinking forgiveness is not possible for us for what we have done, choosing to handle our despair alone.  We think in those moments, “How could God take us back?”

Our country, in its laws, makes a big deal about the rights of the accused.  We have many legal protections for those who are charged with crimes, so that as few people as possible will go to jail wrongly accused.  But in the spiritual sense, what right do we, the accused, really have?  If by rights we mean any claim to innocence before God or other people, or that we deserve any rewards, then we have none.

On the other hand, if our case rests on the mercy of the Teacher whom we have denied, the Savior we have betrayed, the God we have accused of abandoning us, the situation is very different.  For the God we accuse is actually the one we see in the story of the shepherd, who remains in a restless search until He has every single sheep back in the fold before night falls.  God will not let all the finger pointing and the alienation it produces cut us off.

The blood of the Teacher who was betrayed, abandoned, and killed–that blood cleanses all whom it touches of their sin and uncleanness.  It paid the bill for the sins of the fickle mob that hardly could have understood what it asked for when they yelled, “His blood be on us and on our children!”  That blood on the cross reaches all the way to the Field of Blood, bought with blood money, which was the price of Jesus’ life, the place where they buried strangers and aliens and Judas.

That blood touches us too, every time we share the bread and the cup, which Jesus said is now His blood poured out for the forgiveness of sins.  When His blood is on us, the blanket of accusation is lifted from us, and the shadow of shame is taken away from us.  We are cleansed of our sins.  Our guilt is taken away.  We are one with Jesus, so that we might also rise with Him to new life both here and in eternity.

The story is told of a small boy who saw, for the first time, a picture of the crucified Jesus hanging on the cross.  It hurt the boy deeply–the cruel nails, the unfeeling spikes, the crown of thorns.  After looking at it for a long time, he turned away with the comment, “If God had been there, He would not have let them do it.”  That is the reaction of those without faith.  But we know that God, who allowed His Son to be praised as King on Palm Sunday, also allowed Him to be crucified for our salvation on Good Friday, and then raised to glory on Easter morning.

So let’s now prepare to share again that holy meal, that we may once more receive the life giving, forgiving, cleansing body and blood of Jesus, the accused.  As we move into these days of Holy Week that lie before us, let’s remember how today’s hosannas will become Friday’s curses, and how our gestures of accusation turn back in many ways upon ourselves.  And let’s remember even more how our gracious God refuses to let anything cut us off from HIM, and how God uses the very blood He shed to heal us and restore us.  The Gospel of Jesus brings new meaning to the words, “His blood be on us and our children.”  For us, that is not a curse.  It is the reminder of God’s love, and God grace, given for me and for you.