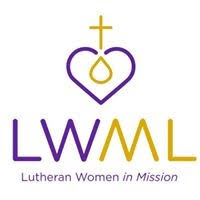 A few weeks ago we talked about Twitter here. And we also talked about how social media give us access to the thoughts and lives of “famous” people we never used to have.
Another side to social media, though, is that people can post their hatred and threats on the internet for all to see. Social media have, for many, raised the level of fear and uncertainty about their safety and even their future. Church and school shootings, terrorist acts, and threatening Facebook postings are just a few things that have robbed us of any sense of security or peace.

We know we live in a world of turmoil, anger, violence, war, hatred. Where does a person go for peace and security in an uncertain world like ours? Hiding will not help. We have learned that on any day, anything can happen anywhere. (Sutherland Springs, TX)

King David was familiar with the insecurity of his world. David wrote Psalm 62 sharing his own uncertainty and where he found peace and rest. He was under a serious attack from an enemy or enemies who wanted to overthrow him as king. Some Bible scholars believe that this Psalm might be a reference to the revolt by Absalom, David’s son when David was an older man.

It says in the Book of Second Samuel that Absalom would get up early in the morning and stand by the city gate talking to people and telling them how their lives would be better if he were king. The Bible tells us that Absalom “stole the hearts of the men of Israel.” After doing this for four years he gathered his supporters at Hebron and declared himself king. When this news came to King David, he had to get out of Jerusalem quickly, as Absalom and his forces were on their way to this attack. David was in a very scary situation.

Whether or not this was what was going on when David wrote Psalm 62, he shares with us his strong response to threats and uncertainty. This Psalm shows us David’s strong faith, and it says where we find peace and protection when we face the threats and uncertainties in our world. Rest, security and peace are found in God alone. He is the rock, fortress, and salvation we need.

You may have heard about Melissa Falkowski, a journalism and English teacher at Parkland High School in Florida, who hid 19 students in her classroom closet when she learned there was an active shooter at the school. This heroic woman is a reflection of God who hides you in the shadow of His wings as evil rages (Psalm 57:1). Assistant coach Aaron Feis at Parkland stepped in front of students to protect them from the assault. Aaron Feis gave his life for his students.

David reminds us that on the cross, Jesus took what would crush you and died in your place. The only place you can find lasting rest in this awful world is in the One who died and rose again. Through the Jesus and His Word, you receive rest. This world will hate us. There are those who will hurt us, physically and/or emotionally. But Jesus, who is Lord over all, is your rock of protection and your salvation.

Psalm 62 is different from most Psalms. Psalms usually describe the bad situation the writer is experiencing and the prayers asking God for help. Psalm 62 does not include a prayer but makes a strong statement of faith and confidence while referring to a challenging situation. Psalm 23 is another example of a Psalm without any request of God. Psalm 23 declares God to be our Good Shepherd, and though there might be challenges even to the point of death, God is present through all of the challenges as the Good Shepherd. Psalm 62 declares God to be our rock and salvation, the one who gives us rest and quiets our souls. David in his psalms, tells us we have a Good Shepherd. We can also trust God as our rock and salvation. These psalms encourage us when we live in troubled times like ours.

David does not use the usual Hebrew word for “rest” which means a physical and emotional rest. David uses a less familiar Hebrew word that is translated “silent” or “silence” as is used in the ESV translation. This Hebrew word goes beyond physical and emotional rest. It invites us to stand in the presence of God not saying anything and not bringing anything, but in silence receiving the peace that God gives us no matter what is going on around us.

Our arch enemy would like us to think that we must prove to God that we really deserve His love and forgiveness because of what we’ve done. There is no rest in this approach to God. If you think you must earn what God gives, you will constantly wonder whether you have done enough. God invites us into His presence to stand in silence and receive from Him His love, based on His actions. In a scary, unfriendly world, this is the gift we’ve been given.

Many congregations in the Lutheran Church Missouri Synod are celebrating and thanking God for the ministry of the Lutheran Women’s Missionary League. For 76 years the LWML has been supporting mission work nationally and internationally. The women truly are Lutheran Women in Mission, and they are also women of encouragement. The LWML hasn’t just been collecting pennies, nickels, dimes, and quarters in their mite boxes; they have also been encouraging women and men in faith to find true rest in God alone.

Over the 76 years of ministry, the LWML has lived through major challenges in our world and country, and even in their organization. Through all the challenges and uncertainties, the LWML has placed their trust in God and have looked to Him for direction. Lives have been touched through their work and people have received rest that comes from our Lord and Savior, Jesus.

Let us be encouraged in our own witness by the witness of the LWML. There are people all around us that struggle with insecurity in this fast-changing world. We have true rest to offer them in a God who loves them and gave His Son for them. Let’s live in this rest and share it with others.

David lived in an ugly world and so do we. David received from God a certain physical and emotional rest, and he also received a silence – a rest that nothing in this world could take away from him. We have this same assurance as we live in this uncertain age. It is the gift we can stand on because our God is our rock and salvation – the one who loves us and sent His Son to save us and restore us into the right relationship with God. When the world is in attack mode, when Satan is coming after us and we don’t know what to do or where to turn, let us say daily, “My soul finds silence/rest in God alone.”

Adapted from Material Provided by the LWML.