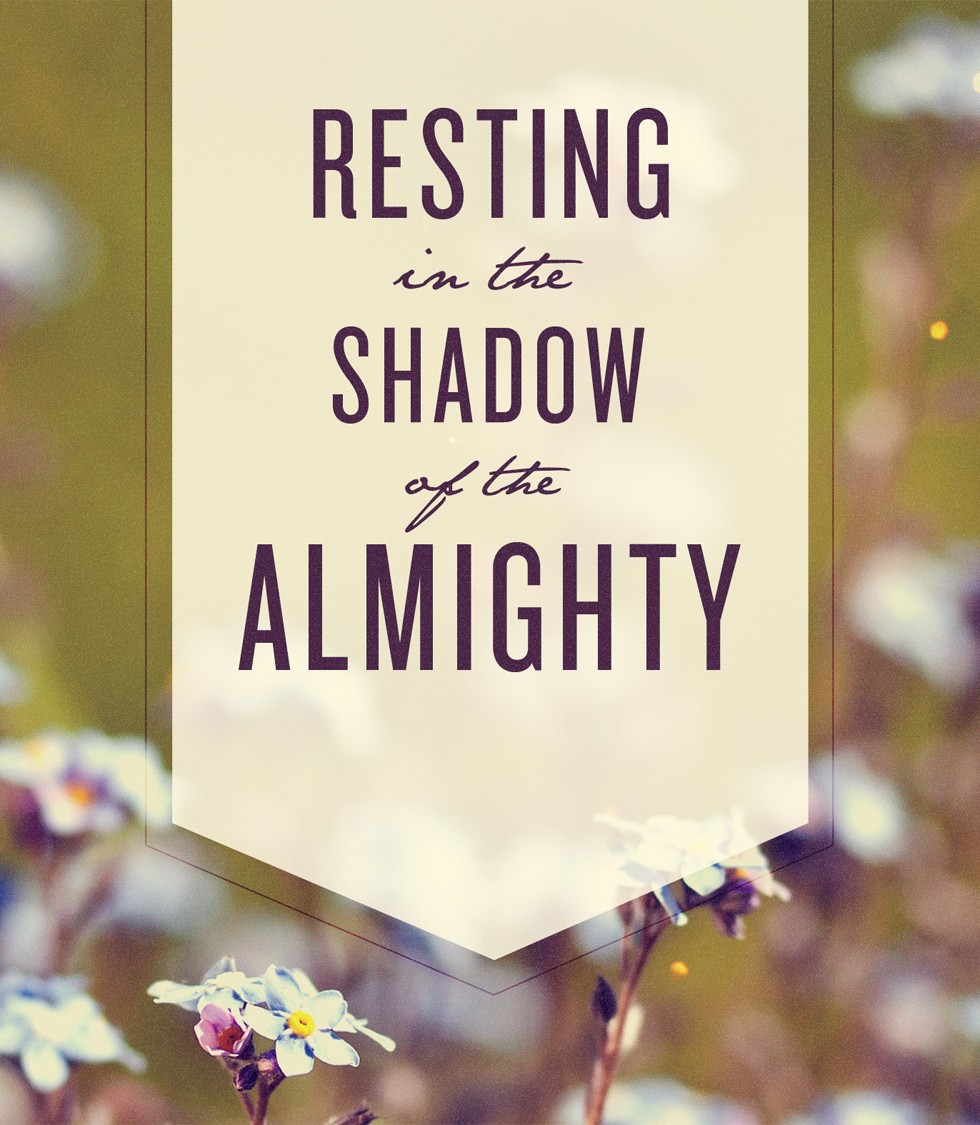 In Oklahoma, we all know the word shelter. There is a company called Shelter insurance. A lot of us have tornado shelters in our homes, backyards or garages. I expect the folks who sell and install those have a lot of ad buys on local TV coming up, right?

Today we are talking about a different kind of shelter. Ash Wednesday and Lent reminds us we are sinners and sin brings us problems and hardships. At those times, we seek shelter in our Good Lord. In Psalm 91, the anonymous psalmist prays with confidence amid the real terrors of the night and the dangers we find even in the daytime. We Are Invited to the Joyful, Confident Refuge in the Shadow of the Almighty, No Matter What May Come. What better time than this First Sunday of Lent for us to be reminded of this as we to journey to the cross and the empty tomb of Easter!

We all want a place to go when we’re stressed or sad, tired or lonely, afraid or tempted, disappointed or discouraged – a place where we can go where our problems will go away. When we feel insecure and inadequate, we need a refuge – a shelter. Ever been in a situation where things were bad, and you wanted to go somewhere and hide? We all have, right? A time where we needed some protection, a shield, a fortress, or just a nice warm blanket to hide under?

We all need our shields, our shelters, our safe places. We want a shelter we can go into to find rest, to find peace. We’re looking for a fortress and stronghold from which our rescue can come. We all want a place where the bad stuff doesn’t happen.

But our problem is we look for this shelter in the wrong places. We try to build our places of protection out of the wrong materials.

We try to shelter ourselves through gaining acceptance. But instead, we end up turning into a chameleon or trying to become a celebrity.

We try to cover ourselves through accomplishment. We walk around trying to prove ourselves to others, sticking out our chests, pointing to our medals – all the while looking like a silly peacock strutting around. (You know, like Mick Jagger during a concert)

We try to protect ourselves through acquisition. Somewhere we bought into this idea of chasing after financial security as if there were such a thing. We think, “If I can just get enough stuff, if I can just achieve enough buying power, then I’ll be secure, and then I’ll be safe.”

There is another problem. Sometimes we go overboard the other way. We think since we go to church and such, we can do what we want and think, “Doesn’t matter. God will forgive me.” When we do that, we are testing God like a two year tormenting his or her parents. You know, when you tell a toddler not to touch that thing, and they reach out slowly daring you to do something. We do that with God. We may sin and say to Him, “You’re going to forgive this, right?” That is testing God. And the Bible says that we are not to put the Lord your God to the test.

But don’t walk away defeated.

The Son of God was tempted for real, just as you are. Satan led Him to the pinnacle of the temple and tempted Him with the very words of today’s psalm: “If you are the Son of God, throw yourself down from here, for it is written, ‘He will command his angels concerning you, to guard you,’ and ‘On their hands they will bear you up, lest you strike your foot against a stone’ ” (Lk 4:9–11). But Jesus took refuge in the promise of His heavenly Father. He held onto God’s promise rather than fall prey to Satan’s lies.

Still, that wasn’t the real victory. The devil went away from Jesus “until an opportune time” (Lk 4:13). Wasn’t the most opportune time when Jesus was hanging on the cross? There, the temptation intensified as Jesus looked down at those who shouted, “If you are the King of the Jews, save yourself!” (Lk 23:37). But He wasn’t there to save Himself. He was on that cross to save you. He died and rose to save you. To save you from shoplifting and cheating and watching stuff you shouldn’t watch. He trusted, even then, even giving up the shelter of His heavenly Father, so that you would live in His shelter forever.

You know, when I was writing this sermon this week I remembered times when I would purposely annoy my brothers. That is the best job when you are the youngest in the family, you know. And sometimes they would chase me, and I would run behind my mom because I knew being right there, I was safe from, let’s say, retaliation.

You need a shield, a fortress, a stronghold that is supernatural – that rust and moth can’t harm. You need a refuge from above. Enter this season of Lent with confidence, my brothers, and sisters, the confidence of a God who grants you refuge in the victory of His Son. How fitting to begin the Sundays in Lent with this psalm. He is your refuge, the shelter God has provided for you. You live in the shadow of His wings, in His victory. Call upon Him for salvation and comfort and strength, when temptation it at its worst, and even in the depths of defeat. He is your shelter, your refuge, your fortress.