“The Left Hand of God’s Rule”

“The Left Hand of God’s Rule” 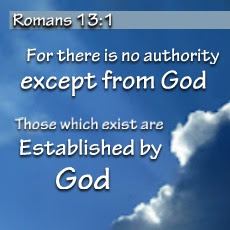 Today we are going to talk about right hand and left hand stuff. I am guessing most of you are right handed, though I know a few of you are left handed. I am sure you have all heard the joke that since the opposite side of your handededness is the dominant side of your brain, therefore only left handed people are in their right minds.

While God is not built like us, we talk about Him ruling two ways: the heavenly kingdom being the rule of His right hand and His earthly control being His left. Every week here we discuss our Savior Jesus Christ, and the salvation He won for us on the cross. Through Jesus our sins have been forgiven, and through Word and Sacrament, the Holy Spirit has worked faith in our hearts. Jesus Christ rules in our hearts and in His Church through the kingdom of God’s right hand. But What about God’s Left Hand?

The Left hand Kingdom, God’s earthly control, here, happens through governments. Paul is clearly saying that. Now if I said our government is perhaps the second greatest gift God has given us, would you agree? I know that there are many of us who do not approve of a lot of what is taking place in Washington. There appears to be very few folks there who have some common sense and some wisdom to govern, in ANY political party. But if you do not believe that our government is a gift, try living in a third-world country for a while. We have received countless blessings from our local government, our county government, and our state and federal governments. They provide police and fire protection, regulated utilities, due process of the law, roads and highways, public educational systems, Social Security, military protection. We can elect our leaders, and we have the freedom to replace them, and I am sure we can all think of someone in Washington that we would like to “fire” right now.

If you watch any of these end of the world TV shows and movies that have been coming out the last few years, or if you happen to be an insightful thinker, you know that civilization is a fragile thing. Seriously, when you think of what has happened in big cities with a blackout, earthquake, or what happened with Rodney King in L.A. or in Ferguson here this year, law and order can disappear like that. Therefore, government, a governing authority, a means to keep the bad people in check and the not as bad people to live their lives freely is a gift of God.

Generally speaking, if we obey the laws and stay out of trouble, government leaders, including the police, are our friends. Paul says in our text, “For rulers are not a terror to good conduct, but to bad . . . do what is good, and you will receive his approval, for he is God’s servant for your good” (vv 3–4). But God has chosen to rule spiritually with His right hand and physically with His left. We do not live in a theocracy like Old Testament Israel, where God is our president. Our country, early on, dabbled in theocracy and that led to incidents where it was illegal to be Catholic in Massachusetts or to be Puritan in New Hampshire or to be a Quaker anywhere. And if you lived in Salem in 1692 or 1693 and had any unusual mannerisms or quirks, as most pastors do, you might have been accused, tried, sentenced, and executed as a witch . . . by the local government.

We are thankful to God that we live in a nation that still somewhat allows us to live as Christians without government interference and persecution, although being a Christian in 2014 doesn’t seem to be as popular as it was in 1950. But that’s okay because God rules through the government with His left hand, not His right hand! The governments of China, Indonesia, or even Iran are as much under God’s left-hand kingdom as America. Because this is how God keeps law and order among the people of the world.

Another point I’d like to make today is that Paul is telling us we are to obey the government laws. We must obey the law . . . unless our government requires us to do something that is in direct contradiction to God’s will in the Holy Scriptures. And then, like Peter and other apostles in Acts 5, we say, “We must obey God rather than men,” and then most likely suffer the consequences of men.

I have been pulled over for speeding a few times. It’s nothing I am proud of. Though I may have pleaded a degree of innocence or made some excuse, I was guilty as charged every time. I remember the second time, I was in Michigan. I had completed church at Grace. I needed to get to Bethlehem Lutheran Church. It was a forty minute drive. I had thirty minutes. I came over a hill, saw the police car, saw his naughty lights go on, and I started praying. You see, when I got up there, the folks told me there were two Michigan State Troopers on those roads. One was a Christian, one was not. I stopped. The trooper walked up to me. He saw my collar and said, “Reverend, where are you off to in such a hurry?” I told him. “He said, “Have a blessed Sunday, but slow down!” I did. So those times I got a warning I was receiving mercy from God’s left hand. Then each night as I thought back and confessed to God my sins of breaking the law by speeding, I realized that I’d received God’s mercy and grace every time from God’s right hand.

The government is God’s servant to keep law and order, whether the one in authority is a believer or not! Isaiah 45 mentions King Cyrus, an unbeliever, whom God used to punish the Babylonians. He ruled much of the world—for a little while—as God’s chosen instrument. God ruled through pagan Cyrus. So we should obey the law.

A pastor wrote how several years ago there was a woman who lived in Saudi Arabia. One day she borrowed her husband’s car to make a short run to a grocery store, and she was T-boned by a ten-year-old boy who was speeding recklessly down an alley in his father’s car. She received the ticket and a huge fine and was completely responsible for all the expenses because women were not allowed to drive in Saudi Arabia, and little boys can. That was the law of the land. She broke the law.

Secular rulers and governments are God’s rule of his left hand and threaten punishment for wrongdoers! So do what is right!
Conservative Lutheran Christians might claim to be law-abiding citizens for the most part, but we are confronted by the more than we care to admit.  While exercising our Christian freedom to enjoy some “Lutheran lemonade” or other beverages that you won’t find at your local fast-food restaurant, one may be tempted to overindulge in “fellowship” until you are no longer able to say the word gemütlichkeit. Public drunkenness is a violation of both kingdoms.

In seven months, most of us will be completing our tax returns. Pastors may be trying to think of a way to “write off” their vacations to Disney World by claiming it as a “professional expense” because they put some tracts on windshields in the parking lot or said “God bless you” to the man who sneezed in the same boat while riding the “Pirates of the Caribbean” ride. But that’s tax evasion, a violation of both kingdoms! Jesus said, “Render to Caesar the things that are Caesar’s” (Mt 22:21).

Those of you who drive to work may be late some morning and zip through a traffic light that’s “burnt orange.” That’s the color between yellow and red—and actually gets blurred because you’re traveling so fast. The apostle says, “It is necessary to submit to the authorities, not only because of possible punishment but also because of conscience.” And once we stretch our conscience a few times, it gets looser and looser, easier and easier.

God has given us the tremendous gift of the secular government to protect us, to provide for us—and He tells us to obey the government. Here in Romans 13, Paul says, “Pay to all what is owed to them: taxes to whom taxes are owed, revenue to whom revenue is owed, respect to whom respect is owed, honor to whom honor is owed” (v 7).

There are consequences for breaking the laws of the land, whether we get caught or not! If the police do not catch us, or give us just a warning, we have still; disobeyed God. When we break the laws of hte land and get caught, the government exercises its authority over us through punishment—whether they be fines, community service, jail time, or whatever. In both situations, God’s right hand of grace and forgiveness will wash us clean as “the blood of Jesus his Son cleanses us from all sin” (1 Jn 1:7). He paid the price on the cross of Calvary, He rose again, and on our repentance declares us eternally “not guilty.”

There is another way to think of this two hand stuff with God. The Roman government had a special form of execution reserved for the worst criminals: crucifixion. It was slow and very painful and involved both the right and left hands of Jesus. “For our sake he made him to be sin who knew no sin, so that in him we might become the righteousness of God” (2 Cor 5:21). It was this divine-human exchange, whereby He got our sin and we got His forgiveness. And God is okay with that!