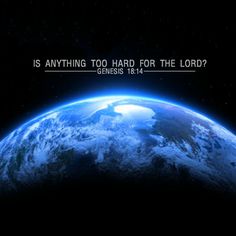 Have you ever been “wined and dined?” It’s pretty cool if you find yourself in that position. You know what I am talking about, right? A salesman hosts potential clients at a golf outing at the club everybody wants to join. Open bar at the Nineteenth Hole. You get the picture. A company wants your services, and the interview includes dinner at a restaurant where you are glad you are not picking up the check. A five-star high school quarterback visits OU/OSU/TU and gets the full red-carpet treatment—minus, we hope, the wining part since they are not supposed to do that at that age. Dined but not wined. I am sure the wining happens often, anyways.

It’s all good, but let’s not be naive. When somebody is wining and dining you, your host isn’t doing this out of the goodness of their heart. Not usually. They’re not even really doing it for you. They are doing all this stuff for us because they want something. This is their way of getting you to do something for them. And often it works. It’s all fair. You know what’s going on, too.

I kind of saw this going on in Dallas last week. If you didn’t know, John and I took Rufus to Dallas last Monday and Tuesday to help out the officers in the Dallas PD, as well as the residents there. It was an interesting two days, because we saw example after example of the folks who live in Dallas showing their support, and even affection, for folks that they probably thought of just as being ticket writers, or worse, before the sniper attacked and killed five of their brethren. I also saw many folks in dark blue and badges who were hurting, hurting big time, shocked that someone that they swore to protect could think so little of them that he purposely tried to kill as many of them as he could. But Dallas is letting them know that they support them now. But a question I wondered, and a question I asked a few officers, was did they think this was going to last, or fade away as time passes?

In our text, Abraham realizes that one of his visitors is the Lord Himself, the preincarnate (pre-Bethlehem) Christ, and Abraham immediately rolls out the red carpet. First Abraham fell flat on the ground before the Lord and the two angels. (He bowed as low as he could bow.) He showed ancient-world hospitality by offering water for their feet and inviting them to rest in the shade. He offered a “morsel,” and that is kind of funny because it is truly a feast fit for royalty (vv 6–8). (Did you ever go home, or to someone’s house, and were told that they would fix you a “little something,” and it was enough food to serve a football team?) Sarah made bread using 5 1/4 gallons of flour. It might have been enough bread for 100 people. Abraham told Sarah and the servants to make a huge meal!

After that, the heavenly party ate the food set before them. Now, did that put Abraham in the position that now he could get what he wanted from God? Such dining (and probably wining too, along with the milk) could have been just that—setting up the Lord to do something for Abraham. In the very next verses (the Old Testament Reading for next week), Abraham is in fact going to ask the Lord for a huge favor: to spare Sodom and Gomorrah for the sake of his nephew Lot—if there are only 50 . . . 45 . . . 40 . . . 30 . . . 20 . . . okay, 10 righteous people. This still goes on today in our culture. In Washington, we call it lobbying: “I do for you; you do for me.” “I wash your back, and you wash mine.”

Now here is the problem: Think of the ways we try to do that with God. We like to think that the things we do in service to the Lord are the basis for His serving us. We think if we go to church, say a prayer, put a tithe in the plate, that God will do something special for us.

When the shells are exploding all around, people will say: “I promise to go to church every Sunday, Lord, if you’ll just get me home safely.”

People will say: “If I operate my business on Christian principles, you’ll take care of the rest, right Lord?”

People will say: “If I pray hard enough, my husband will get well, right, Lord?”

People will say: “The Lord certainly wouldn’t have let me live all these years if I hadn’t been regular in worship.”

People will say: “I know I don’t get to heaven by my works, Lord, but they ought to be worth something, right?”

God doesn’t need our wining and dining. In fact, our service to Him is not as good as we think it is. Everything we do—even for Him—is corrupted by sin. In fact, doing anything for God to get payback from God is already a sin.

And what we might think is wonderful service often isn’t so great after all. On Everybody Loves Raymond, during the second season, there’s an episode where Frank and Marie are celebrating their fortieth anniversary. Ray and Robert go to work to plan the party as Debra watches in horror from the side. Their “grand” menu included barbecue and sour-cream-and-onion chips (but no dip because the chips are already flavored), a six-foot hero sandwich, and ice cream.  For the guest list: the brothers started listing their own friends, needing just a few—one person for each foot of the hero sandwich.  Debra finally had enough and placed in front of them a list of Frank and Marie’s friends and came up with a real menu for the party.

The Lord and His angels certainly didn’t come to visit Abraham because they needed someone to set dinner before them, or to plan a party for them (Gen 18:1–8). And even Abraham’s calf and huge “morsel” of bread were nothing compared to what the Lord has stepped into our world and provided. The Lord’s plans are never about what we can put on for Him! The Lord has planned an eternal party for us through the Son who came as a descendant of Abraham. The menu is His grace, mercy, and peace!

The Lord Jesus is always serving us—simply because He is the Greater Servant. Jesus, whether it is in the Old testament or the New, comes not to be served, but to serve. The fact is before Abraham hosted the Lord, the Lord had already done something for him. God had told him his wife, Sarah, would have a son, Isaac (17:15–16). Now the Lord comes again to serve—by confirming how soon that message is going to be fulfilled (vv 9–14). Sarah would have a baby within one year! It seemed laughable! After all, what the Lord has in mind here is beyond human comprehension. Sarah was 90. It’s as preposterous as, say, a virgin conceiving and giving birth!

Here is the miracle of the Gospel. The Lord announces to Sarah that she will have a son. The Savior of the World was later born into a family from his descendants. This Greater Servant will serve us by living the perfect life that was required of us. He will serve us by going to the cross to secure for us forgiveness—including forgiveness for our sorry efforts to make God do what we want. He will serve us as Savior by coming out of the tomb alive, securing for us a heavenly wining and dining fit for a king.

The food Abraham prepared and served would satisfy only for a while; soon, human guests would have had to eat again. The banquet food and wine the Lord provides satisfies for eternity. For eternity, Jesus Christ is at the table with us as one who serves (Lk 22:27), giving us forgiveness and eternal life. He is the Greater Servant!

Usually when we think about being wined and dined, it’s because someone wants something from us. So isn’t this amazing: the Lord, who needs nothing from us, wines and dines us—even for eternity at the heavenly banquet—just because He wants to serve us, give to us, bless us. What a privilege for Abraham, for Sarah, and through Baptism, for us too. Now, then, it is a privilege to be His child, to share His grace with those He places around us. Through our serving our neighbors (yes, we are to do that), we are sharing with the world that He is the Greater Servant.