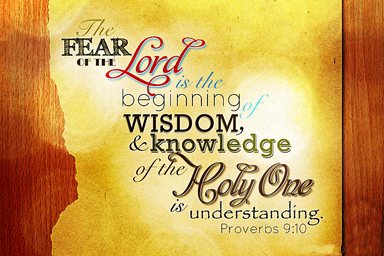 It is hard to read, just read, the Book of Proverbs. Or, perhaps, I should say, it’s hard to hear the proverbs in large doses. There’s only so much advice a person can take without being overloaded.

You know what I mean?  As a parent, I know I’m constantly falling into the trap of offering too many warnings, putting up too many caution flags. Keep your hands to yourself.  Don’t yell.  Leave the cat alone.  Don’t lie.  Be slow to anger. Think before you act. Be respectful of your elders, and listen to your teachers. Practice self-control. And, of course, wear your seat belt, and eat all of your dinner.  And so on and so on and so on.

Who knows? Maybe, it’s an occupational hazard. Being a parent, I want the best for my children. I want them to be safe and to keep their head on straight. I want them to make the kind of decisions they won’t later regret. In short, I want to give them wisdom.

But then, wisdom can come only in small doses, and so much of it comes only in time. There’s no way to fast-forward the process.

And so we come to the story of Solomon, the son of David, the king of Israel. Did ever a ruler’s reign begin with so much hope and with so much promise? Solomon truly loved the Lord. He walked in faithfulness and was upright in heart. He was a man of many talents and recognized that those talents, including that of leadership, were gifts from God.

And so it happened that while Solomon was sleeping, the Lord Himself appeared to him in a dream, saying, “Ask what I shall give you” (v 5). It appears that the Lord was so pleased with Solomon that God wanted to give him an inaugural gift, something to celebrate Solomon’s coronation as Israel’s king.

Now, there’s a great opportunity—one, I suppose, that any one of us would savor. It reminds me of the story of the fellow who rubs the magic lamp and is granted three wishes. Only this was the real deal.

And what did Solomon choose? What would you choose? I know that whenever I read one of those “genie” stories, I knew that whatever I wished for with wishes one and tow, for the third, I would wish for…three more wishes.  Perhaps, if I were king, I’d pray for a long reign. Maybe, I’d ask that the land be prosperous and that I would preside over a nation that grew in power and wealth. Maybe, I’d petition for a large and efficient military in order to defend the borders of the land. Or, just for fun, I’d ask for a great big palace, with a pool table and a hot tub.  With a big home theater.  And a PS4.

But Solomon asked for none of these earthly things. Instead, he sought, of all things, wisdom. He sought the power to discern between right and wrong, that he might rule his people fairly, in a way that would benefit his people and please God.

And so, our Lord granted to Solomon wisdom, for which he become famous, even to this day. From all the corners of the earth, people came to hear and learn from Solomon, who knew not only that which was right, but who also knew how to apply that wisdom in real-life situations. Even the famous queen of Sheba traveled to hear him and to lay treasures at his feet. And no one who came to Solomon was disappointed, for he had a way of seeing clearly to the right solution. Think, for instance, of the two women who came to Solomon, each claiming to be the mother of a certain child. Solomon in his wisdom decreed that the baby be cut in two, knowing the real mother would never agree to such a plan. Think also of that Book of Proverbs, which, even if for me it is read only in small doses, so beautifully gives us Solomon’s wisdom, giving practical advice to young people, especially as they think about the lives they have before them.

But, as you may know, Solomon’s story didn’t end as well as it began. Before long, ironically, the prince of wisdom became the king of idiots. What happened? Well, along with wisdom, our Lord gave to Solomon great wealth and honor. Maybe these earthly honors were his downfall. Maybe the money and power went to his head.

In his desire to enlarge the kingdom and promote diplomacy, Solomon took to himself many wives who believed in many false gods. And the heart of Solomon turned, and he began to forget the God who loved him. And the great King Solomon, the man who built the Lord’s temple, also built temples to the pagan deities, including Ashtoreth the goddess of the Sidonians and Milcom the abomination of the Ammonites. The very same Solomon whose wisdom saved a child and put that child with its rightful mother was now building temples where children were sacrificed to pagan gods. Oh, how the mighty fall, and how greatness turns to folly.

Solomon, who rose to the pinnacle of wisdom, fell to the absolute depths, just another foolish and corrupt leader. This was not what Israel needed. Israel needed a new king, a better Son of David, one who would reign with wisdom and establish a kingdom that would not fall. Israel needed not only a wise king, but a king who could save his people from their own self-destructive tendencies.

And so we come to our Gospel for today, where we are introduced to the true Son of David, born in Bethlehem, the city of David. And we are introduced to him when he was yet a child, and we are told by the evangelist Luke that this “child grew and became strong, filled with wisdom. And the favor of God was upon him” (Lk 2:40).

This boy appeared to be filled with a wisdom beyond his years. You remember the story. Jesus’ parents were returning home from Jerusalem when it dawned on them that Jesus wasn’t with them. Naturally, they were worried and hurried back to the city. And where did they find the boy Jesus? He was in the temple with the great teachers, listening to them and asking questions. “And all who heard him were amazed at his understanding and his answers” (Lk 2:47).

Now, here was hope and here was wisdom. And Luke tells us that Jesus, the twelve-year-old lad, “increased in wisdom and in stature and in favor with God and man” (Lk 2:52).

Solomon, later in his life, got right with God again.  He offered this message of hard-won wisdom, the kind of wisdom that can’t be given in an instant. He said, “Vanity of vanities. . . all is vanity” (Eccl 1:2). Yes, Solomon was given wisdom by God, but it wasn’t given all at once. He had to learn the hard way that his focus had been misdirected. That is to say, everything that the world thinks is important, isn’t. Kingdoms rise and fall, as do kings. Wealth comes and goes. You can’t take it with you. The wise man dies just the same as the fool. We are mortal creatures, and having come from the dust, to the dust we will return. Try to make a name for yourself if you’d like, but the next generation will forget you. The only thing that matters, ultimately, is the fear of the Lord, the trust in God, who alone can save.

Jesus came and offered His Sermon on the Mount, saying, “Do not lay up for yourselves treasures on earth, where moth and rust destroy and where thieves break in and steal.” And again, “Do not be anxious about your life, what you will eat or what you will drink, nor about your body, what you will put on. Is not life more than food, and the body more than clothing?” (Mt 6:19, 25).

You see, our Lord himself offers the true and final wisdom that Solomon sought. Seek first the kingdom of God and His righteousness. Then all the other stuff will be added in the life to come. Seek the heavenly treasure; follow the way of heavenly wisdom. What is the treasure, and what is the wisdom? Perhaps, instead, we should ask “Who?” For the Lord Himself is our treasure, and He is our wisdom. The Lord Jesus is the true Son of David, who by the folly of the cross has saved us from our own foolish ways.

Yes, the world is foolish. So caught up in things that won’t last, in goals that have no enduring value. You want money? It won’t make you happy, and when you die, relatives and lawyers will circle to get their “fair” share. You want to live a long life? Well, you can only live so long. You want to make a name for yourself and become famous? Someday, even Mount Rushmore will crumble. That’s the way it is.

The world in its foolishness says that the cross is a sign of weakness. The world wants a king dressed like Solomon of old; it mocks a ruler whose throne is the cross and whose crown in made of thorns. Yes, the world is filled with foolish scoffers, those who think they’re so smart. The world is littered with men who look in the mirror and are impressed by their own wisdom.  But the folly of the cross is greater than the wisdom of men, for in that cross of shame alone do we find all glory and honor, and in that death, we find our life.

Oh, how often have we, like Solomon, been led astray? How often have we forgotten the wisdom that so many of us learned from our parents? Today, once more, we are reminded that the fear of the Lord is the beginning of wisdom. And so, we do well to hear the Word of Wisdom. Make the most of your time here. Work hard, but then use your treasure wisely, for the sake of the kingdom, for the proclamation of the Gospel. Thanks Be to Christ, the Good King, True Wisdom, Who in Foolish Love Died That We Might Live, who paid the price for our foolishness that we might live forever in His kingdom.