“The God Who Doesn’t Give Up”

“The God Who Doesn’t Give Up” 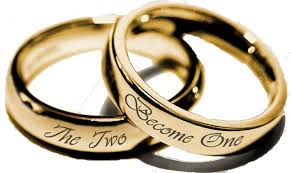 A word of warning: this is not a sermon which is going to have a lot of humor and where everyone is going to feel good. In the Gospel reading for today, Jesus is angry. And so this is going to be the kind of sermon where I am going to tell you what God, what Jesus has to say, knowing that there are many people who disagree or don’t want to hear it. That said, are you ready? Here we go.

It doesn’t take a rocket scientist to figure out that something has gone wrong in our society, very wrong, with regard to family and marriage. Why is there so much discussion about the definition of marriage? Why do so many people of all ages and demographics choose to live together before marriage? Why is pornography one of the biggest industries in the world? Why do we treat children in the womb as either “a person” or “not a person” depending on whether or not the mom wishes to bring the child to term? (A so called comedian whose name I will not tell you because she said this so people would talk about her, said this week that “God created abortion.”) How have we reached the point where casual sexual relations have become widely regarded as a recreational activity? Why are so many marriages ending in divorce? What is going on here?

To answer that question, we begin by going back to Eden. The serpent asked Eve, “Did God really say?” That’s always the first question by which Satan plants the seeds of uncertainty and doubt before he proceeds to flat out contradict God’s Word to you. His tactics don’t change. What’s happened to us as a society is that we have been seduced first into doubt and then into disbelief of God’s Word—His Word about family, about marriage, about children. All three are special targets of Satan because all three are a foundation of God’s will and plan for us, and they are among God’s favorite ways to bring us blessings.

Make no mistake about it—the Holy Scriptures reveal God’s plan for the human family. Marriage and family are not something we voted on, they are not something we dreamed up. We don’t get to define them as we choose. You heard that today in the Old Testament Reading. Marriage wasn’t Adam’s idea. Marriage was God’s idea and His gift. He created the woman to be the helper for the man, so He would not be alone. He brought the woman to Adam and gave her to him, and Adam received her as a gift. Moses concludes: “Therefore a man shall leave his father and his mother and hold fast to his wife, and they shall become one flesh” (Gen 2:24).

That is the Lord’s will, the Lord’s plan. With all the talking and Supreme Courting and Blah Blah Blahing on cable news, God’s definition of marriage is male and female, a man and a woman, given to each other, the nucleus of a new family. After all, when two become one, the Lord often likes to give even more gifts: the gift of children. And kids are not, in the Lord’s plan, to be thought of as a burden, they are not something to be disposed of if it is inconvenient, but instead they are a blessing. You heard it in today’s Introit: “Children are a heritage from the Lord. . . . a reward. . .Blessed is the man who fills his quiver with them!” (Ps 127:3a, 5a). This is God’s plan.

But you don’t have to read very far into the Scriptures before you see this institution of the Lord under attack: polygamy, unfaithfulness, concubines, family dissensions, fights, murder, and bloodshed. Now marriage and family were given to us to be a blessing. But the pages of Scripture are littered with the damage inflicted on the human race by the continuous assault of Satan on this good gift of God and our buying into Satan’s lies.

All of that had been going on already for thousands of years when the Pharisees came to Jesus in today’s Gospel, seeking to trap him by asking about the mess God’s own people had made of marriage. You may have noticed that our text starts with verse TWO of chapter ten. Verse one mentions that the setting in which the conversation of our Gospel took place was the territory of Herod Antipas—the dude who took his brother’s wife as his own, despite the warnings of John the Baptist that this idea was not moral, and not lawful (Mk 6:18). The result was John’s arrest and eventual beheading. Now Jesus is in the same territory addressing the topic that got John into hot water in the first place!

Our text begins: “Pharisees came up and in order to test him asked, ‘Is it lawful for a man to divorce his wife?’ He answered them, ‘What did Moses command you?’ They said, ‘Moses allowed a man to write a certificate of divorce and to send her away’ ” (vv 2–4). But Jesus regards even these words of Moses in Deuteronomy that permitted divorce under certain circumstances to be merely a concession to the hardness of the human heart. He says in response, “But from the beginning of creation, ‘God made them male and female . . . and the two shall become one flesh.’ So they are no longer two but one flesh. What therefore God has joined together let not man separate” (vv 6, 8–9). Echoes here of Malachi 2: “Did he not make them one, with a portion of the Spirit in their union?” (Mal 2:15).

The disciples struggled with the Lord’s insistence that divorce is not the will of God, that it undoes what God Himself has done in uniting together the man and the woman. They asked the Lord, in effect, if He really meant it. His words are uncompromising: “Whoever divorces his wife and marries another commits adultery against her, and if she divorces her husband and marries another, she commits adultery” (vv 11–12). In Matthew 5:32 Jesus adds that God allows divorce at times of “sexual immorality.” Our teaching based on the whole of Scripture is that divorce is only tolerated by God when husband or wife cheats, if there is abuse, or abandonment. But God does not want couples divorcing just because he doesn’t like her meat loaf or because he doesn’t listen to her. That is what the Jewish leaders had done to God’s teachings over two thousand years. In Jesus’ time, if a husband wanted a divorce (for ANY reason), he would go get the piece of paper and he was free to do as he pleased. (She was not.) And that is why Jesus is so mad here. This was NOT God’s plan for marriage. We have seen a similar thing happen in my lifetime here in the USA. It used to be that to get a divorce in this country you had to go to court and prove adultery, abuse or abandonment. Now we have what is called “No Fault Divorce,” and getting a divorce is easier. This is NOT God’s plan.

Jesus doesn’t think about marriage the same way we tend to. You may be asking, “Why doesn’t Jesus “get” divorce?” Because your God doesn’t “get” giving up on relationships. That would be contrary to His nature. “If we are faithless, he remains faithful—for he cannot deny himself” (2 Tim 2:13). The Lord couldn’t and wouldn’t and doesn’t back off on His promises. He keeps them. He keeps them forever.

And so our Lord Jesus comes into the flesh to win a Bride for Himself, a Bride (The Church, US) to whom He will be faithful forever. Our Lord Jesus, has a tender heart for us. And the love in that heart led Him to die on a cross for us and rise again for us. The Groom, Jesus, died for the Bride, the Church, us.

And that Bridegroom, your Jesus, is faithful to you. He is faithful even when you have been faithless to Him. He doesn’t “get” divorce. It makes no sense to Him, because in His heart is a divine love that simply is unwilling to let you go, unwilling to lose you, no matter what. It’s the same divine love that had no patience with the disciples trying to block the little ones from coming to Him for His blessing. “Let the children come to me; do not hinder them” (v 14). It’s a divine love that simply doesn’t give up, doesn’t “get” giving up, and He will allow no barrier between you and him.

All of this, you see, is pictured in the way God—not we, not Adam, not our society—God long ago designed the institution of marriage and the family. God Established Marriage and Family to Be an Image of His Own Unfailing Commitment to You.

Therefore, if there is anything in this sad world that can bring hope and a future to counter the mess we’ve made of trying to do marriage and family, it is the open heart of Jesus. His open heart mirrors for us the Father and reveals the unfailing love of God, His “patience and loving-kindness toward us” that “have no end” (Collect).

Come, to this table where Jesus pours Himself out for you. Taste again today at The Bridegroom’s Table as He pours into you more forgiveness than you’ve got sin and more life than you’ve got death. He sends you from here forgiven and renewed so we can mirror, show, demonstrate in our families and our neighborhoods the divine love of our Bridegroom, who holds on to you with all He’s got, and has become one with you forever.