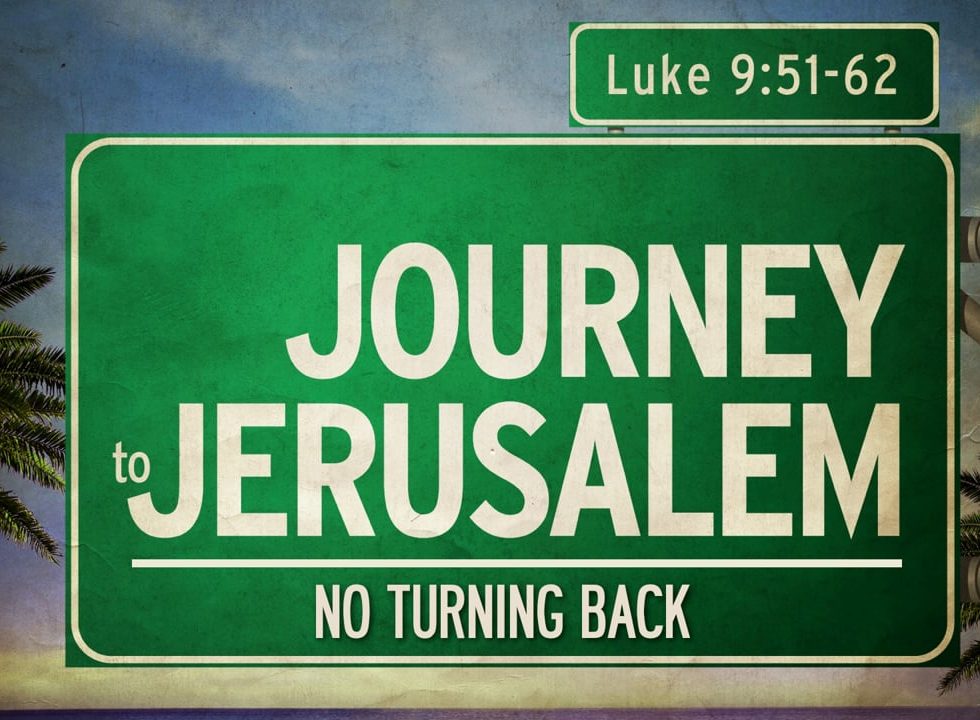 The story is told of a pastor who was giving a talk to some children. He was asking them things like, “Will your parents let you do this?” “Do your parents say no to that?” He was trying to get them to see that parents sometimes have to say no to their kids because they love their kids. Then the pastor asked, “Why would your parents not just buy you whatever you want, whenever you wanted it?” A four-year-old boy came up with this answer, “Because they can’t afford it.” That was a wise young man.

Cost is important, isn’t it? In fact, as we think about today’s Gospel lesson, we learn that it is all about cost. Today Jesus is asking us the question, “Are you willing to pay the price?” Whenever I work with couples who are getting ready to get married, we talk a lot about finances. I think we all know that couples mostly argue about one thing: money. We all know that when it comes to spending money, we have to set priorities. This morning we will consider what it really costs to “Follow the Leader.”

Let’s talk about the cost. In the second half of the Gospel lesson today, Luke tells us that Jesus gives us three distinct challenges to those who would consider following Him. The first is in response to the man who says, “I will follow wherever you go.” We don’t know for sure why he said that but based on Jesus’ reply the guy was apparently thinking he could make a lot of money following Jesus. And Jesus’ reply clearly states that faith and following Jesus is not going to make you rich. Some pastors preach that, but the Bible does not say that.

The second guy said, “Let me go and bury my father.” Again, priorities. It would seem this fellow was saying his father was still alive, and he would follow after his family obligations were over. The point is that following Jesus must come first, not when it is convenient and not when it merely requires a minimum of effort. Our following Jesus must never take second place to social engagements, or business appointments, or even family. Being a follower, being a disciple, is a way of life. It means leading a life that isn’t like everybody else. It means not telling the dirty jokes, and not watching the adult films, and not using the bad language, and not lying, gossiping, hating, hurting like everybody else. Right? And that’s hard. There is a cost to that. People may not like us. People may mock us. People may think we are no fun or that we are a bunch of “goody two shoes.” People may think we are judgmental and hate everyone. Salvation from Jesus is free. He paid the cost of our forgiveness by His death and resurrection. But while we live here as saved people of God there is a price to pay in following Jesus.

The third situation is similar to the second, but Jesus’ response takes us in another direction. “No one who puts his hand to the plow and looks back is fit for the kingdom of God.” Most of us city slickers are inexperienced at plowing. But most of us have cut the lawn, right? I love it! Have you ever tried to mow in a straight line while looking behind you? You can’t do it. Yet it seems that so often we in the church do just that. There are those times we may think that we were baptized, we went to church a couple of times last month, we put money in the plate, and therefore we have “earned” some time to do whatever we want to do as opposed to what God wants us to do.

We are not here to serve ourselves. We are here to help others. Jesus clearly taught that. We need to remember our mission. We don’t have time to argue about, or be distracted by, the little stuff. We know we need to be moving forward, bringing Jesus Christ to people and bringing people to Jesus Christ. To truly do ministry means thinking about and loving our neighbors. The disciples in our text misunderstood all this. They encountered people who didn’t welcome Jesus, and immediately they wanted to destroy them. Does this sound good to you? Did they really know what Jesus was all about? Did they figure out that ministry is loving people, caring for people, meeting people where they are and helping them grow in their knowledge and relationship with Jesus? I don’t think so.

There is a cost to living as a Christian. In all three instances in the Gospel, Jesus challenged people to break out of their “this is where I am comfortable” mode and make a commitment to follow Him. How about us? Are we willing to be challenged? Are we willing to respond?

I think if we are honest, we will all realize that we can be selfish. When you believe in Jesus, you are going to heaven. Sometimes we may catch ourselves thinking we have what we need, and we don’t want to make the effort to reach out to others.

What if Jesus had done that? Didn’t He pay the ultimate cost for us? Jesus made the commitment to give up His life for us. Think about that! He willingly gave up His life! He gave it up, it wasn’t taken from Him. He died on a cross for us. He rose again for us. All so we could have heaven. He took no shortcuts but did EVERYTHING so we could have salvation. And in response to what He did for us, are we willing to take on the cost of following our leader?

Jesus did not play it safe. He gave it His all. He knew His goal. He knew why He had come here. He said, “I have come to seek and to save the lost.” He didn’t try to do that looking backward. He looked ahead.

Think about it this way: Have you ever gone somewhere and the people that were there told you to leave? Have you ever gone somewhere where you were told you were not welcome? I remember once in St. Louis when a couple of my buddies and I went to Federko’s (a sports bar) to watch a Packer game on the satellite while a bunch of Bears fans were there watching “another game.”

In the first part of our text today, we see a time where Jesus went somewhere and the people told Him to get lost, to vamoose, to scram. This happened when He went to visit a village in Samaria. Does that ring a bell? Samaria? Samaritans? The Samaritan village refused to receive Jesus because He was on the way to worship God at the temple in Jerusalem. 900 years before Jesus was born, the nation of Israel was split in two, and the king of the 10 northern tribes built new places for His people to worship so they would not have to go to Jerusalem, which was now in a different country. The Samaritans were descendants of these folks and still held to the “No Going to Jerusalem” thing. They refused to receive Jesus. But Jesus was going to go to Jerusalem because that was where He was going to die and rise for us, and nothing was going to stop Him from doing that. Jesus was intent on getting to Jerusalem, where He was crucified to take away the sins of the world.

Is ministry, is being a believer and worker for Jesus easy? No. It takes energy, effort, risk. If your Christian walk has been easy, if you have found being a Christian is an easy, simple thing, I’d be worried. Living our faith isn’t easy. Receiving faith from God is easy. Living it…not so much.

Elijah, in our Old Testament lesson, learned that ministering in God’s kingdom was tough. But God strengthened and assured him. He strengthens and assures us too. “I can do all things through Christ who gives me strength,” said Paul to the people of Philippi.

Jesus has saved us, and all three persons of the Triune God assure us of their presence and their power in our lives. Jesus gave everything to rescue us and save us from our sins. And our best response? We follow the leader, and we don’t care about the cost.