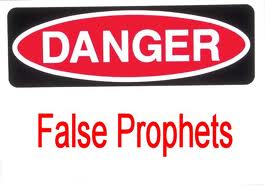 Rumors began to circulate that disaster was at hand. Reports of impending doom appeared. People were afraid. The “experts” denied the reports and rumors. They said there was nothing to worry about and that everything would be okay. The people could continue to live the way they had without fear of consequence. We know now that they were lying.

In the 1930s, ’40s, and ’50s, cigarette advertisements were doctor approved. The links between smoking and cancer were becoming more apparent, and the public began to worry. In response, the tobacco companies used doctors, the authorities on health, to tell people that smoking was actually harmless. Only a few doctors lied, but a lot of doctors said nothing.

This has happened more recently. We were told for years that there was no collusion between political parties and cable news networks, but we learned a couple of weeks ago when e-mails were released without permission that that was a lie. We were told for years about how we were causing global warming with our cars and air conditioners and hair spray. Then e-mails got released without permission and we found out the scientists telling us this were faking their data. It was a lie.

We are used to people lying to us. Politicians lie. Athletes lie. Our bosses lie. Our kids lie. Ugh, right? We want the truth!

Who speaks the truth in our text? Well, I can tell you who isn’t. The false prophets are lying (v 21). Jeremiah makes it clear in the text that disaster is coming to God’s people (vv 19–20). Judah has sinned against God and rejected Him., The storm of Yahweh is going to come crashing down on them. They will feel the Lord’s rage. The people of Israel will suffer the consequences for their sin.
However, the other “prophets,” were claiming to be sharing God’s Word but they had not stood in “the council of the Lord.” (v 18). These false prophets continued to tell the people not to worry, no need to be afraid. Go on as you were. These prophets didn’t want to upset the status quo. They claimed to be working for God, but they were saying what they wanted to say, not what God wanted them to say (vv 16–17). I mean, let’s face it. These guys were just telling the people what they wanted to hear.

The truth is being told here, though. One man is telling the truth: Jeremiah. And no one wanted to hear it. It’s a difficult truth to hear. The truth says that the sin of God’s people has consequences. This Word of God will break the people and get to them all the way in here (heart) (v 29). This harsh Word of God may hurt the listeners and cut them down, but it will also save them. By alerting them to their impending doom, they can turn away from their evil deeds (v 22). And that is Jeremiah’s goal. God’s prophets did not enjoy saying this stuff, but it was what was necessary to say to get the people to turn away from their sins.

What’s the hard truth for today? What is it that people like me have to say that no one wants to hear? In our society, “sin” is a word that is no longer in fashion, even inside the church. Many people don’t believe that sin is even real. If it is, it’s those “really bad” things—mass murder and terrorism, domestic violence, child abuse. Those “little things” we do, things the church used to call “sin”—most people don’t believe they are sins, that they are wrong. Homosexuality isn’t a sin, it’s an alternative lifestyle. Watching porn isn’t a sin, it’s just appreciating adult art. Having an affair, cheating on your spouse isn’t a sin, it’s just taking your life in a new direction. Cursing, swearing, profanity is not a sin, it’s just being saddled with a limited vocabulary. And people being told that there is such a thing as God’s wrath against sin…well, that’s nothing but a fairy tale. “Continue living the way that feels good.” “There’s nothing to worry about.” “Everything will be just fine.”
In the midst of these false prophets, whether it is the TV preacher who says there is no sin because God doesn’t want us to feel bad, to the judges and politicians saying what’s in the Bible is no longer true today, there is one group that must tell the truth: the Church and its true prophets. God has given the Church His Word. He has spoken to us. We then are called to speak this Word with faithfulness (v 28) and correct those folks out there who say they speak for God but instead speak a lie.

The cigarette companies spent a lot of money to tell a lie. Society spends a lot of money and resources so that the Word of God is drowned out. People hang labels on us like: “Racist.” “Bigot.” “Homophobe.” If these labels stick, then people may not listen to us, right? We, the Church, must call out sin for what it is. We must draw attention to the ugliness that all humanity carries. We cannot claim the moral high ground here because we sin as much as everybody else. The difference is we look to Jesus for forgiveness and strength against temptation, and He Does Give It.
We must say that because of sin, disaster is coming. Not because it’ll make us popular—because we know that saying this stuff will make us the target of anger from society and today’s false teachers. We have to say these things, so that people can turn from their sins and repent (v 22). We don’t say what we have to say and do what we have to do so we can wave our fingers at people. We want people to repent and receive forgiveness and salvation. There is hope, for God’s wrath has a purpose.

We started today with people who lie. We hear lies all the time. You can insert the name of your favorite politician here and think he or she cannot open their mouth without a lie coming out. We even saw on TV a few weeks ago where a reporter had video showing a certain candidate was lying, it was right there, and this candidate said, “I’m not lying. That isn’t a lie.” Gaarrgh! Right?
Well, here is the truth. We are sinners. We disobey God and His Word, and each of those offenses has the death penalty attached, death forever in hell. But God was not content to send us where we deserve to go. So He sent His Son, Jesus, to take our place, to live our life, to receive our punishment, and when He died on the cross and rose again for us, He saved us, forgave us, and gave us His holiness. That’s the truth.

When Jeremiah tells us here that we have to take God’s Word and share it out there and tell people that truth, it is not from a position where we are so great and wonderful and those folks out there are so awful and so terrible. Everyone is awful and terrible. The difference is we have received God’s forgiveness. We have received that Gift. And we need to tell others out there that when they confess their sins, when they tell God that they are sorry and will try and turn away from their deeds, whether it is sex sins, or having a potty mouth, or lying, or hating, or disrespecting, or stealing, or whatever, with repentance comes forgiveness. That’s the truth.

Hearing about our sin and its consequences is never easy, but it is lifesaving, because it turns us away from destruction and to the arms of Jesus. Jesus takes our sin and gives us forgiveness. For God’s plan and His desire are not to condemn us, but to save us through His Son, Jesus Christ. That’s the truth.

Outline for this Sermon from Concordia Pulpit Resources, Vol. 26, Part 3.