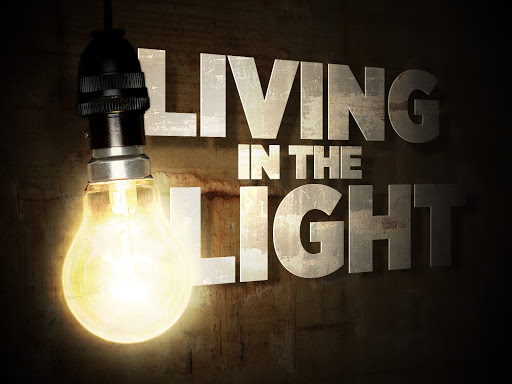 What is the last job you would want to do, the worst job you could think of?  Running a lie detector test for your least favorite politician?  Public relations director for Harvey Weinstein?  Editor for the President’s Twitter account?  Grocery store stocker?

I have read many times that for a lot of people, the one thing they do not want to do is get up in front of a crowd and give a speech or presentation.  I’m not one of those people, but that’s ok.  As a pastor, I would say that if we did a survey of Christians, many would say another scary thing is talking about your faith to someone else.

The Bible says many times that we are to be “light” and “salt” out there.  The world is filled with people in need of the light of Jesus Christ. At home, turning on the light is an easy thing. But talk about going out and being a light to the world, and we might want to run away. We know we’re not supposed to hide “this little Gospel light of mine” under a bushel, but speak it to our friends or neighbors? That scares a lot of Christians.  Does it scare you?

I sometimes wonder if we can make evangelism too complicated, as though it’s something we’re not qualified to do. The truth is that you are qualified, because you yourselves are children of light! And if you are qualified, then, Christ Sends Us, as Children of Light, to Shine His Light on Those Stuck in Darkness.

First we note that we were in darkness and in need of being in the Light of Christ.  Right?  What is the first thing we do here in worship after we remind ourselves that we are baptized.  We confess our sins, ask for forgiveness, and get it.  There is so much talk these days about COVID-19 infection rates.  The infection rate of sin is 100%.  We all have it.  And it’s fatal.  Without Jesus, there is no light here.  Paul said to us, “…at one time you were darkness.”  Without Jesus, we want to do and usually do the wrong things.

That is the thing about original sin.  That is the thing about temptation.  Our nature, our instinct, is to do the opposite of what God wants.  Here is a story that reminded me of that.  A few years back a guy named Lutz Buergi was out driving his white Mitsubishi Gallant in Bern, Switzerland.  When he got to his destination, he pulled into the parking lot which had a few unique qualities to it: it was huge, it was empty, and the only thing in this huge, empty parking lot was one light pole.  And he hit it.  He ran into it with his car.  It is the same thing with us.  So often we have the choice of doing the right, God pleasing things and instead we do the wrong, sinful things.  Last year HBO had a miniseries about the Chernobyl nuclear disaster back in the 1980’s.  It won a bunch of Emmys.  It was really good.  In the show, we were reminded that at Chernobyl six different warnings were ignored by the operators there that, if heeded, any one of them would have prevented the disaster.  Or think of all the high school and college cheaters who, if they put as much time into studying as they did into their cheating, they would easily pass their classes.  That is what sin does to us.

In knowing that, the text then reminds us today that Jesus Christ then sends us to shine His light in dark places.  God wants to use you to spread His Word, His Love, His Kingdom.  You never know how one caring act, one thoughtful word or sentence, can be used by the Holy Spirit to save someone from their sins.  People who are in the darkness need to be in the light.

Over a hundred years ago, a family was traveling and saw a bunch of donkeys in a field.  A whole bunch of donkeys.  They stopped and asked what the deal was with the donkeys.  And they were told that these donkeys were usually in a mine but one day a week they were brought up to the surface to see light and preserve their eyesight.  If the mining company didn’t do that, they would go blind.  In the same way, people need regular exposure to the love and light of God.

And sometimes, that means God is exposing someone to His love and Word through you!  Now there are lots of ways this can happen.  A loud restaurant can suddenly go quiet when members of a family are all heads bowed, in prayer.  You can invite someone to church.  You can give someone a “Portals of Prayer.” You can go to a store and buy only what you need: bread, toilet paper whatever, buy what you need instead of all of it. This is a very unique time in the history of the church where we as individuals can go out there and be nice, be loving, be helpful. You are called.  You are needed, as Paul says, to let the light of Jesus shine in the darkness.

A more unusual way I read about is that a nun in Missouri was looking out her window and saw a guy with a shotgun in the cornfield down below.  So she goes out, in her full length habit and flip flops, to find out what that guy was doing.  Turns out he was a burglar and when he saw her, he took off, and she chased him.  Don’t you love the picture of a guy with a shotgun being chased by a nun in flip flops across a corn field?

Now that was an unusual case.  But as I said, the light can shine in other, simpler ways.

Ken Klaus of the Lutheran Hour told this story from American history.  Rebecca Pomroy was a nurse who worked in a hospital that treated soldiers injured during the Civil War.  While doing this work she was assigned to help Abraham Lincoln and his family when his sons Tad and Willie were ill.  Both of his kids had typhoid fever, and his son Willie, in fact, died.  After Willie died, the President was dealing with his grief.  The President and this nurse got into a conversation, and she sat down and told at length, in detail, how she had lost her husband and two of her kids, but that her faith in God and His Son Jesus, was what kept her going.  For the next two nights, he asked her to tell him all of that again, word for word, because he needed to hear it again.

See how this works?  As Jesus had instructed, Mrs. Pomroy let her light shine before a president, and he saw love.  Hers is an example that is repeated again and again.  Pastors may preach good sermons, great sermons, solidly Scriptural sermons. But the people in our congregation, with your actions, preach the first sermon that is ever heard or not heard by an unbeliever.  It can be a sermon of deeds, not words.  If people look at us and don’t see anything good, helpful, loving, then they will never bother to come hear my message here.  (Assuming people are here to worship again) We need to do and say everything we do and say so the Holy Spirit might use us to touch others so that they will want we have.

That is something we are all to do for Jesus.  “Walk as children of light.”  God grant that when we are out there, the light shines and others see the Savior.