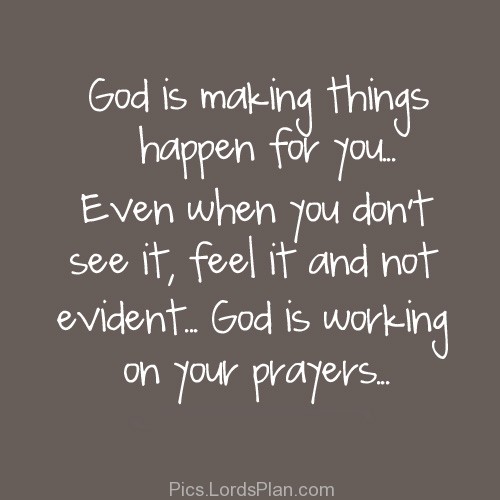 One of the things of our modern times and modern technology is now we never get lost.  We never take a wrong turn.  We husbands never have to stop and ask for directions.  Why?  Because we have this whiz bang piece of technology in our cars and our phones and our watches and what’s next, in our food?  This device we are discussing is Global Positioning System, or GPS.   With those things, we always know where we are, we always know where we are going, we never take a wrong turn.  Right?  What?  I see some spouses sharing weird looks and pointy elbows.  I know, they are not perfect.  It’s always interesting reading stories of people who drive into lakes because their GPS told them to.  And of course, I can say one word now, just one word, and I’ll bet I can get you to laugh.  Ready?  “Recalculating.”

Well, in the Gospel reading today we see two dudes who thought they knew where they were going, and what they were doing, but Jesus had some other ideas.  So this morning, let’s Let God Show Us His Way.

God always has and always will know the way to redeem us and to use us.  Remember last week, our “refrain” was “God does the verbs.”  Today it is “God has a plan.”  God knows what He is doing.  Sometimes, we miss seeing where God’s going even after He’s told us. That was true of the two disciples on the road to Emmaus on Easter afternoon (Lk 24:13–35). Jesus had told them where He was going—just as God had told His people throughout the Old Testament. Jesus was going to the cross to suffer and die, but then would rise on the third day. Well, it was the third day, and women had told the disciples they’d seen Jesus, but the disciples still didn’t see what God was up to.

The Emmaus disciples didn’t get God’s plan, in here (brain)  (vv 13–24).  They were going the wrong way. Easter was happening in Jerusalem, but they were mourning, despondent, and leaving the city.  How would you feel if you left the mall 15 minutes after some rich, billionaire started randomly handing out huge wads of cash there?  These guys are leaving Jerusalem on Easter Sunday!  They knew Jesus had died.  They forgot, or didn’t believe, He was going to rise again.  They didn’t know where to go, what to think, what to do.  They knew how to get to Emmaus, but in a sense, they’d lost their way.

Now Jesus joined them on their way, though they didn’t recognize Him.  And to be clear here, there was no problem with their eyes; Jesus miraculously kept them from recognizing Him.  The problem was they didn’t understand God’s purpose; they didn’t see God’s plan.  Therefore, they didn’t trust that God’s way was working. They saw the recent events of Jesus’ crucifixion as a defeat.

We sometimes miss seeing where God has taken us too, don’t we?  It’s so easy to focus on the negatives in life.  We dwell on something critical or unkind someone said to us way back in the past.  We see TV commercials and think about all the things we don’t have.

We’re surrounded by sinful people—even our own spouses and families—and what we see most is their faults.

We can do this here, too.  We focus on negatives in our church’s life.         We may dwell too much on the financial stuff.  We may tell ourselves we’re too small to do much as a congregation.  We might become anxious when sin leads to conflict in the church.

We dwell on these negatives because we forget God’s purpose for us—God’s way.  God has a plan.  Our self-image is threatened by things others say because we’re so insecure about our purpose or value in God’s plan.  We’re preoccupied with the things of this world we don’t have because we forget this world isn’t our real home.  We focus on faults because it’s easier to point at other people’s flaws than to fix our own.  We get stuck on negatives here at church because we treat it like a business and forget this is God’s House, we are God’s people, and the gates of hell will not prevail against it.

God has a plan.  But we do not always see it.  I can give you many examples of this.  I will mention this. The seminary used to have a saying about our training: “You never know where you’re going till you’ve been there.” This past week, seminarians in Fort Wayne and St. Louis, very near the end of their training, learned at call services where they’re going to be serving God in their first parishes. This, for them, is a big deal!  Back in 1991, I had asked to be an assistant pastor in a suburban church with a school, and when it was my turn to come forward, I heard, “Mark Robert Erler…Michigan District…Bethlehem and Grace Lutheran Churches…Engadine and Germfask, MI.”  I basically got the opposite of what I thought I should be doing.  Instead of assisting at one church, I was the sole pastor at two, and six months after I got there, I was the pastor at three(!!!) churches.  After hearing this, after the service, I had to go and find a road atlas to see where this was I was going. Even when you’ve been told where you’re going, you’re not always sure.

I wanted to start out as an assistant.  I didn’t think I was ready to be a sole pastor.  Because you know the seminary does not teach us how to be pastors, they teach us how to be theologians.  There is a difference.  The seminaries figure we learn how to be pastors when we get out here.    Going from student to pastor at three different congregations at the same time made me learn quick.  I wondered what God was up to back in April of 1991, but looking back, that was a great experience for me.  Except maybe the 11 feet of snow a year.

When we fall into that kind of thinking, when we think we know more than God about our life’s plans, when things don’t always work out according to our plans, we may think God is going the wrong way, or that He’s lost His way. He certainly hasn’t.

God’s always been going the right way—His way (vv 25–27).  Jesus showed those two disciples on the road to Emmaus God’s way.  He explained to them the Old Testament Scriptures. (The Scriptures are always God’s way of showing us His way!)  Jesus showed that the whole Bible points to, or from, His death and resurrection, that His suffering and death were God’s way of salvation for us, not the defeat they thought it was at all. It all added up to a Big WIN.

Jesus’ death was God’s way—His only way—to cleanse us of our sin.        Because Jesus suffered, died, and rose again, our sins are forgiven.  God has cleared the way for eternal life.  God used the death of Jesus, that Good Friday that looked like God had lost, that was His way of saving us. And whether we’ve realized it or not…

God has been guiding our way too . . . His way.  We as God’s people have ups and downs, but all through everything we belong to Him.  The real ups aren’t emotional highs, but days of thanks and trust.  The downs are never God losing His way, but rather God’s way of strengthening us.  All the negatives are just sidetracks we see—or think we see—on the road to heaven.

That is where God’s been taking us. So let’s let God show us His way for our future.  Jesus got the disciples turned around the right way, God’s way (vv 28–35).  Jesus opened their eyes; they recognized Him!  More important, they realized what God’s way was all about (v 32).  Can you hear them saying, “Sure enough, it’s just as He said!”  They turned back to Jerusalem, ran all the way—seven miles!—filled with joy.  They couldn’t wait to tell!

God’s way for our future is the same.  To continue to tell with joy that Jesus is alive, to explain that Scripture has been fulfilled in Jesus Christ, our Savior, to open eyes so that all who believe may have life!  The seven miles the disciples ran to Jerusalem isn’t a bad objective. Imagine the lives we could change within a seven-mile radius of 1501 N. Bryant, Edmond, OK.

That’s God way. That much we know, because God’s way was to redeem all people by Jesus’ death and victorious resurrection, and God’s way is to use us to spread that news. God has shown us His way, and that means we know where we’re going, even while we’re still on the way.  God has a plan.