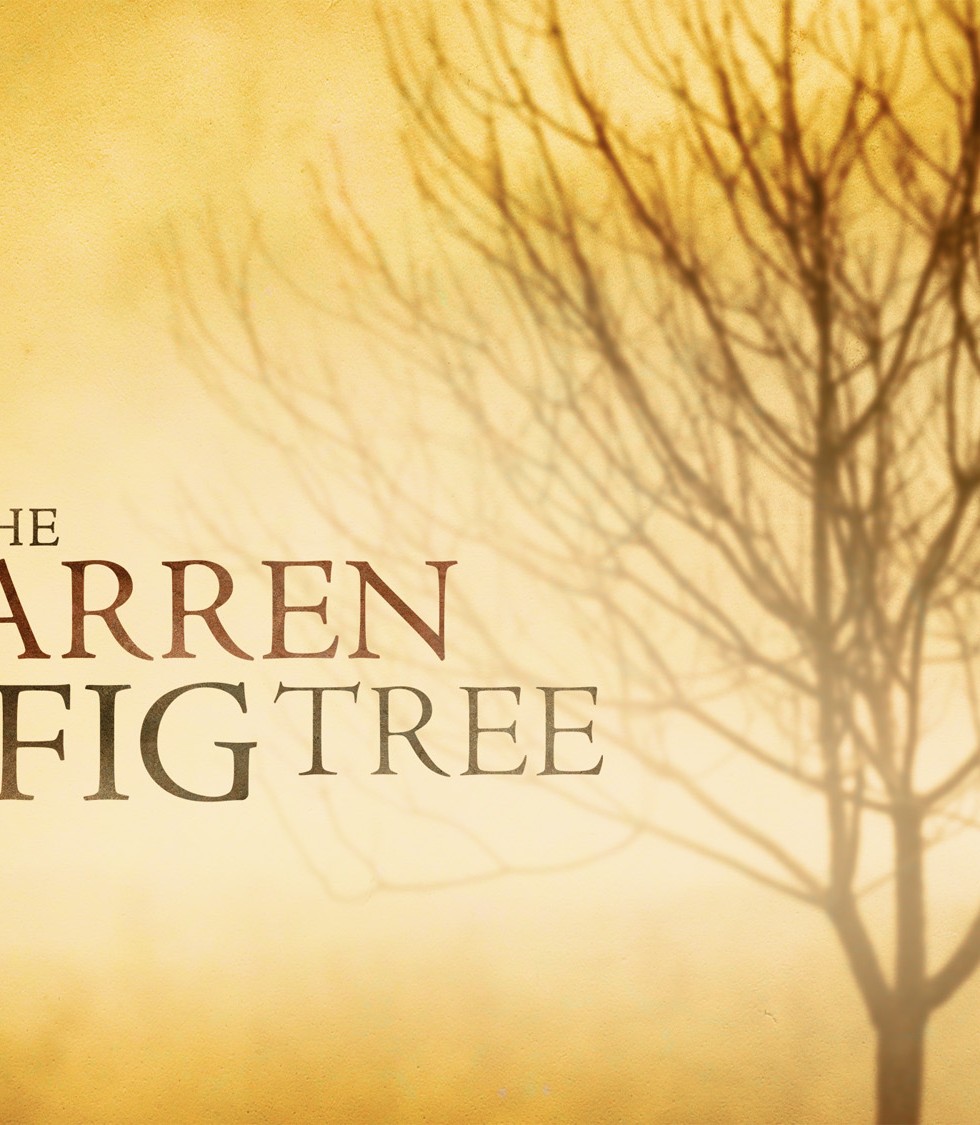 We live in a culture that has mastered the art of being outraged. As soon as news breaks, social media is flooded with people playing a game of “I am more outraged than you are.” The National Abortion Rights Action League has called for a boycott of Frito Lay because their Super Bowl Commercial for Doritos (where dad taunts his kid on the ultrasound with chips) “humanized the fetus” that was depicted. Then there is the Freedom From religion people in Madison, WI who seem to get all irate anytime a Christian tries to profess their faith in public. While we look around at the world around us and see people doing things and saying things and writing things that outrage us or that we think are just kind of dumb, we often run the danger of using these situations as opportunities to fool ourselves. The attitude seems to be “Look at how awful those people are over there!” The text for today attacks this self-righteous attitude and makes clear that We Are the Ones Who Need Repentance, and We Need It Now!

Let’s go to our text. After hearing Jesus’ words on reconciliation and the need for forgiveness in the verses before our text (12:57–59), the crowds report to Him about some who had suffered at the hands of Pilate. No details are given. We are not sure exactly what happened, what the folks were talking to Jesus about. What Luke does tell us is that Pilate had his Roman soldiers, his occupying force, kill some Galilean worshipers at the temple, and had them killed while they were offering sacrifices. Based on the clues given, Arthur Just Jr., who wrote an LCMS commentary on Luke, believes that “Pilate violated all holiness codes by sending his troops into the temple area to murder Galilean Jews while they were slaughtering their lambs for the Passover Seder.” If you do not see the significance of this, a footnote in the commentary offers a modern hypothetical equivalent (which I will paraphrase): “The government sent troops into a church with their machine guns and gunned down the faithful in the very act of participating in the Holy Eucharist. The blood of the worshipers was mingled with the holy wine on the altar. Now what do you think of that?!” What Pilate did was something that had a lot of folks talking. And this was something that reminded them that the Romans were not there to be nice.

Based on what Jesus said next, it seems that the people talking to Jesus were implying that the worshippers who were killed in the temple that day deserved it because they were worse people than the folks in the crowd. Jesus did not let that assumption stand. Pilate’s victims were not worse than those bringing the report, or worse than the innocent victims who suffered when a tower in Siloam fell. Again, this is another event for which we do not know the details, but we have what is there in Bible: a tower fell and eighteen people died. Jesus is saying very clearly that the people who died in these two incidents were no worse than the people He was talking to about them.

When bad stuff happens we are always tempted to think that the people the bad stuff happened to did something to earn the bad stuff. I must confess to you when I was sick and in the bathroom at 1 a.m. on Wednesday I was asking God what I had done to make Him so mad. We really can’t say, as much as we would like to say, that any specific tragedy is the result of a specific identifiable sin, but we can say that tragedy in general is a consequence of sin in general (Rom 8:18–25). When we see tragedy in our world, we often want to distance ourselves from it. The people in our text avoided reality by placing blame on the victims, living a “that’ll never happen to me” mentality that is all too common in our sinful minds. We want to blame someone’s cancer on his or her smoking, drinking, or eating the wrong kinds of food. We’re convinced that if we keep healthy lifestyles, such sickness won’t attack us. We want to blame the victims of crime or natural disasters for living in the wrong place. For instance, how many of you have said, or thought, that everyone should move from Moore after a tornado hit them again last year?

When stuff like that happens, we should not try and blame the victims. Tragedy and death should instead remind us of our own sinfulness and need for salvation. How many of us have been moved to think about our own mortality when someone we love passed away? The somber mood at a funeral is usually only partly over the death of the one in the casket. It is common for those who attend a funeral to ask the question, “When will my day come?” That’s not because of some particular sin, but because we’re all sinful. We all need to repent, because we’re all going die, and one who dies without repentance and forgiveness will not go to heaven. .

The time for repentance is now. Jesus illustrates the seriousness of the situation with a parable (vv 6–9). A guy had a tree which was not producing fruit, and he is talked into waiting one more year before chopping it down. He reminds us that the ax of judgment was raised and poised to strike down each of us until Jesus interceded. He also reminds us that the ax of judgment has been delayed, but not forever. It could swing down anytime. Our need is urgent! The time for repentance is now! I am assuming that this is not the case for anyone here this morning, but there are always people who think that they will deal with the church/God/religion thing later, that they are having too much fun now. But you do not have to watch the news or go on the internet for very long to be reminded that there are no guarantees for the amount of time we will have here.

But now is the time in this sermon that we give thanks for Jesus and to Jesus that He interceded for us and did what He did to get us forgiven by God. The new life we have been given by Jesus is illustrated as like trees that produce the fruit of faith. The vinedresser did what it took to restore us to life; His work, His labor was giving His life! Of course what Jesus did to save us was not fertilize us like the fig tree, but that Jesus died on the cross and rose again for us.

Additionally, through that effort of the vinedresser, with God and His gifts in here, we now produce the fruit of faith (Gal 5:22–23). We are now able to listen to someone when they are telling us about their bad day or troubling situation. We are now able to bring a meal to someone who is sick or grieving. We are now able to invite someone to our Easter services if we know they do not attend a church. We seek to help others knowing we are not perfect, we are not good. We continue to live a life of repentance (2 Pet 3:9–14), studying and clinging to our Lord’s Word, treating each day as if it could be our last to receive the gift of forgiveness.

Summary time: How many times have you found yourself happily cruising down the road when suddenly you spot a police car cleverly hiding, stalking his prey, just waiting to nab an unsuspecting speeder? What do you do when you see the law enforcement officer? You tap your brakes. If you were going fifteen miles per hour over the speed limit, you probably tap those brakes pretty hard. But even if you aren’t speeding, the instinctive response when you see a police car checking traffic is to tap the brakes and slow down.

If we know how to react in the presence of a police car, how much more should we know how to react when death or disaster makes an appearance in our lives! Jesus teaches us how we ought to react to the presence of tragedy and death in this fallen world. Rather than cruising past those suffering the pain of loss, such pain should cause us to “slow down” and realize our own sinfulness and our desperate need for salvation (Lk 13:1–5). When we realize these things, we shouldn’t delay repentance, any more than we should continue past the highway patrol at ninety miles an hour and hope the officer doesn’t notice. We should not abuse God’s grace. We should not try His patience. Instead, we should go to God in confession each day, that we might receive the gift of absolution right now (13:8–9). Don’t put off to tomorrow the forgiveness you need today!

We live in a world well versed in the art of rationalizing away sin as if it were not sin. We, too, might be tempted to think of sin and judgment as applying only to other people, making excuses for our own sin, while looking for God to punish others for theirs. Rather than living in this intentional ignorance, our Lord Jesus has called us to use the experience of tragedy in this world as a reminder of the fate that awaits us all. Thanks be to God, for He has delivered His Son to death in our place that we might not die eternally. May our Lord keep us faithful in repentance until the day He returns to bring us to our heavenly home.