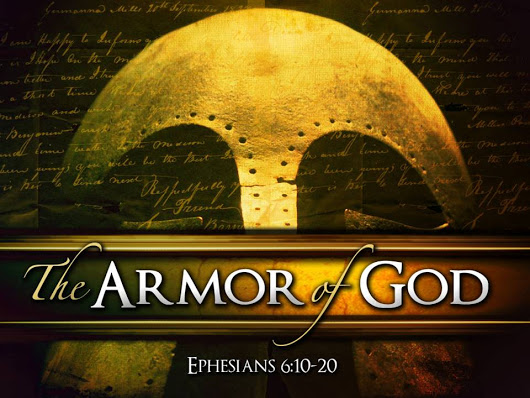 A woman made excuses for having been married four times by telling people that she wanted to cover all the bases of life. Her first husband was a banker. Her second was an actor. Her third was a minister, and her fourth a mortician. She said, “You see, One for the money, two for the show, three to get ready, and four to go.” Actually, there is only one person to whom we can turn to cover all the bases: Jesus Christ. In our text for today, we find that Jesus provides us with all that is necessary to resist the attacks of the devil and to stand firm against temptation. Today we are reminded of how we are to go about “Resisting the Devil.”

One thing we have to take note of, in our discussion today, is who the enemy is, and how powerful he is. Do you find it amazing, as I find it amazing, that there is an ever-growing number of people who say there is no Satan, there is no hell, there is no EVIL in the world? I saw a study that said 27% of Americans said there is no Satan and 22% said there is no hell. A 2011 study said only 17% of Catholics in the USA believe Satan exists. Now maybe you don’t see the same studies and the same interviews I do, so you may not know how more and more people in our society believe that all people are basically good, and everyone is going to heaven if there is one. You may not realize this, but there are a lot of folks who think there is no evil in this world, that no one is evil in this world, in spite of Auschwitz, Columbine, The Murrah Bombing, and 9/11, and whatever was on the news yesterday.

A couple of weeks ago I read the story of this young couple, Jay and Lauren, they were 29, who quit their jobs in Washington D.C and decided to ride their bikes around the world. They pedaled for 369 days. They started in South Africa, rode all the way to Morocco and Spain, turned right, and went through southern Europe (France, Italy)) into Asia. They did Turkey, Kazakhstan, Kyrgyzstan, and then Tajikistan. Throughout the trip, they were blogging. When they were in Morocco, he blogged, “…you’re led to believe the world is a big, scary place. People, the narrative goes, are…bad. People are evil…I don’t buy it. Evil is a make-believe concept we’ve invented to deal with the complexities of fellow humans holding values and beliefs and perspectives different than our own.” On July 29, in Tajikistan, these two along with two other cyclists were passed by a vehicle with five ISIS members in it. The car went past them, did a U-turn, and ran them over. The five guys then got out and stabbed the four of them to death. Their video showed up on the internet two days later where they vowed to kill “disbelievers.” (I didn’t make this up.) Evil is real. Hell is real. Satan is real.

Paul Harvey knew this. One of America’s great storytellers was radio broadcaster Paul Harvey. His daily broadcast, The Rest of the Story, surprised listeners with unknown stories about famous American figures. But Paul Harvey also offered critical commentary about the state of American culture. In one such commentary in 1964, he wrote an essay titled “If I Were the Devil.” It was intended to be a warning against the moral decay and the collapsing society that he saw back then already. His approach in the essay was to describe how the devil would attack our nation. One version of the essay states, “With flattery and promises of power I would get the courts to vote against God and in favor of pornography. Thus I would evict God from the courthouse, then from the schoolhouse, then from the Houses of Congress. Then in (God’s) own churches I’d substitute psychology for religion and deify science. If I were Satan I’d make the symbol of Easter an egg and the symbol of Christmas a bottle. If I were Satan I’d just keep doing what I’m doing.”
The Devil is real. Hell is real. Evil is real. And because of this, life is a struggle. People are struggling all around us. We struggle, yes? We just want to make our paychecks go a little further. We just want health insurance, so our children are covered. We just want to get along with our families. We struggle against depression, cancer, addiction, or guilt over past sins. We just want a day when life isn’t a constant struggle. Life is a struggle for each and every one of us. Hardship and heartache are part of the daily struggle that we all face in this sinful world.

As great as those struggles are in our lives, we face an even greater struggle that isn’t against people, actually, but against the spiritual forces of evil at work. There really is a great cosmic struggle between good and evil, between God and Satan.

When we talk about fighting and struggling with Satan, we are talking about an opponent who is stronger than a schoolyard bully, or a rude or vengeful boss. We can safely say that Satan’s power is superhuman. And by that, I mean, he is more powerful than we are. Superhuman, NOT a superhero, obviously. Our human nature, corrupted by sin, is an easy target because we naturally want to do evil instead of good. Verse 12 in our text cautions us that since our true opponents are not human, human resources cannot prevail against them. Paul wrote, “For our struggle is not against flesh and blood, but against the rulers, against the authorities, against the powers of this dark world and against the spiritual powers of evil in the heavenly realms.” We cannot stand up to Satan by ourselves.

Another thing I want to mention here is that you may have noticed this reference to evil in the heavenly realms. Now there is no evil in heaven, Satan cannot get back there. But I think this is referring to those who do damage in the church as members of the church. There are those people, whether out of misplaced zeal, or who are hypocrites, who do more damage to the church than Satan can do from outside of the Church.
Therefore, while we may not think of it in these terms, we do fight a battle daily against Satan. And we are not equipped to fight this battle alone. We need the equipment God provides. And we have the equipment God provides. We are wearing armor.

What is this armor we have? It is the armor of God. Paul tells us first we have the “belt of truth.” Jesus is the way and the truth and the life. We have the “breastplate of righteousness,” the holiness of Jesus Himself. We are given His holiness, won for us when He died and rose again, and given to us when our sins are forgiven in Baptism, in Absolution, in the Lord’s Supper, when we listen to His Word. We have sandals fitted for readiness. We have the “shield of faith,” a shield provided by God. We have the “helmet of salvation,” that Christ is the head of the Church and the provider of our salvation now and forever. We have the “sword of the Spirit,” the Word of God. And we are also armed with prayer. All this stuff is for us, to help us in our daily fights against temptation. As it says in 1 Corinthians 10: 13 No temptation has overtaken you that is not common to man. God is faithful, and he will not let you be tempted beyond your ability, but with the temptation, he will also provide the way of escape, that you may be able to endure it.” We have the armor of God, to help us survive our battles of temptation against the devil.

Okay, let’s sum up. August 15, 1945, marked the end of World War II with Japan’s unconditional surrender to the United States. But there was a problem. No one told Hiroo Onoda, and when they did, he didn’t believe them. Second Lieutenant Hiroo Onoda was an officer in the Japanese army. He was part of a unit stationed in the Philippines and had been given an order to stay and fight to the end. His unit had been wiped out, and there were only four survivors when Japan surrendered. Onoda and the remaining Japanese soldiers waged guerrilla warfare and refused to believe what they assumed was American propaganda that Japan had surrendered. One soldier eventually surrendered, the other two were killed, and finally, only Onoda remained. But he continued to wage his own war until his former commanding officer and his brother were brought to the Philippines to convince him that the war was over. That was in 1974, twenty-nine years after the Japanese had lost the war!

When Jesus rose from the tomb on that first Easter, He triumphed over sin, death, and the devil. Jesus has indeed won the war, but the devil, Satan, will continue to fight against us until the bitter end. But unlike Lieutenant Onoda, there will be no persuading him to stop his attacks. He will wage his war against us, knowing that he has been defeated but seeking to destroy as many believers as he can. That’s why we’ll always need the full armor of God (Eph 6:11). May we all go out into battle today, and every day, strengthened by the knowledge that we have the armor of God, that the war is over, and Jesus won.