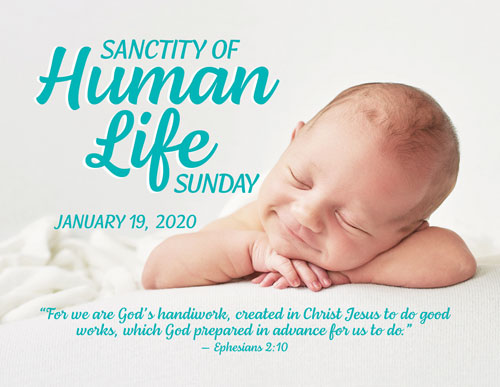 The use of this word “really” is all over. We see it everywhere. Here is why this is important. When we go to the Book of Genesis, we see that God created. The best, the last of His perfect creation was people. He placed our first parents, Adam and Eve, in the garden, saying “Be fruitful and multiply and fill the earth …” (Genesis 1:28a ESV). The instructions to them were clear: “You may surely eat of every tree of the garden, but of the tree of the knowledge of good and evil you shall not eat, for in the day that you eat of it you shall surely die” (Genesis 2:16). The word was clear. Adam and Eve were not to determine for themselves that which was right and wrong. They were not to pluck and eat the fruit from the tree of the knowledge of good and evil. If they did, they would die.
Clear. Straightforward. Simple. They were to “do this” and not “do that.” God meant what He said. Really.

“Now the serpent was more crafty than any other beast of the field that the Lord God had made. He said to the woman, ‘Did God actually/REALLY say, ‘You shall not eat of any tree in the garden’?” (Genesis 3:1). No. That is not what God really said, and Scripture tells us that Eve had correctly heard God’s message. There was no hearing or comprehension problem. Message sent; message received.

Yet, with the seed of doubt planted, the soil was prepared for the lie. “But the serpent said to the woman, ‘You will not surely die. For God knows that when you eat of it your eyes will be opened, and you will be like God, knowing good and evil’” (Genesis 3:4-5). The lie was clear. Straightforward. Simple. Satan’s message was sent. The message was received. Satan’s “really?” sounded awfully good.

Adam and Eve then used the word, “really,” in a bad way. It just really seemed right to them to eat from the forbidden tree. “So when the woman saw that the tree was good for food, and that it was a delight to the eyes, and that the tree was to be desired to make one wise, she took of its fruit and ate, and she also gave some to her husband who was with her, and he ate” (Genesis 3:6). This “really” is something they talked themselves into believing. And this kind of “really,” when we talk ourselves into something that is wrong, has flourished ever since.

Take for example the grumbling about Jesus by the Jews recorded in John 6. They say, “…(isn’t) this Jesus, the son of Joseph, whose father and mother we know? How does he now say, ‘I have come down from heaven’?” (v.42). They knew Jesus. They knew His parents. It sounded rather ridiculous to them that Jesus “came down from heaven.” The Jews’ “really” where they did not believe in Jesus came from their own “wisdom.” They looked at Jesus and thought, “No way He is really the Son of God.”

Later, Jesus stated, “Truly, truly, I say to you, unless you eat the flesh of the Son of Man and drink his blood, you have no life in you” (John 6:53). This teaching on this subject then led to the following response from Jesus disciples (not apostles): “This is a hard saying; who can listen to it?” (John 6:60b). Soon, “… many of his disciples turned back and no longer walked with him” (John 6:66). The teaching was, well, just too difficult to understand. How could such a thing really be true? It was easier to just walk away than wrestle with this teaching. And this “really” led them to hit the road.

The “really” we say because we know we are right can be heard at any time. “All the folks in Washington stink. Really.” “We are not going to get any decent snow again this winter. Really.” “Chiefs and 49ers win today and go on to in the Super Bowl. Really.” It is also heard in the conversation between a couple as they grapple with the news of a pregnancy. Many couples are dying to hear that. But for some, it simply brings fear. The pregnancy is not understood as a blessing, rather it is seen as a curse. The “problem” must be dealt with. A family member suggests an abortion. “After all,” the couple is counseled, “it isn’t really a life, just a blob of tissue.” They figure, “It really isn’t life yet.” Their “really” sounds so true to them.

In another home a man is given the news. She shares that she is pregnant. Instead of pictures coming to mind of him playing with the child, he sees dollar signs. Instead of seeing in his mind’s eye the baby crawling for the first time, first steps, catching a ball, and squealing with delight when he comes home, all he sees as he looks into the future is an empty bank account. “We can’t afford a baby,” he exclaims. “You need to take care of this now. Really!” he demands.

The word “really” also shows up when we are talking about the older folks among us. There are a lot of people who look at their parents or grandparents and think only of cost, and inconvenience. So they start talking about, “Quality of Life.” And that starts a conversation about euthanasia. And those conversations are usually just the younger people, their parents/grandparents are not included. And soon the conversations become monologues, being done by whoever has the power of attorney. The I’m Right “really” is formed. The course of action can seem so right when the only one you have to convince is yourself.

You know, the Bible is so good at telling us the truth, but people are so anxious to change what is in there, or just ignore it. Confusion regarding the truth is everywhere. It started in the garden, was seen in biblical times, and is everywhere today. Satan’s question: “Did God actually/really say … ?” (Genesis 3:1) is still being asked. In fact, we can be the ones asking this question. Confusion shows in what we believe. Really. And in all the confusion, we forget what God says.

I am reminded of the story of Elizabeth and Mary. The angel had given Mary the message that she would give birth to the Messiah. Along with this amazing news, she was also told that her relative Elizabeth was sixth-months pregnant. Mary goes quickly to Elizabeth. Luke 1:41a records: “And when Elizabeth heard the greeting of Mary, the baby leaped in her womb.”

Fast forward to the birth account of our Lord. Luke 2:12 records: “And this will be a sign for you: you will find a baby wrapped in swaddling cloths and lying in a manger.” Importantly, the same Greek word for baby, brephos, is used for the baby inside and outside of the womb. Clarity. Truth. Just one of many Biblical examples that God values life in all stages, from conception to natural death.

And God’s value of life extends from here into heaven. The baby carried in the womb of Mary and born in Bethlehem grew. The toddler Jesus learned to walk. And with the legs of an adult, He made the journey to Jerusalem. There, He was crucified for our sin, including the devaluation of life and how often we are quiet when we should be protecting the most vulnerable among us. He was raised from the dead. The sacrifice for sin was accepted. We are washed in His victory in the life-giving waters of Baptism. Life eternal is given to us. Peter said to Jesus, “You have the words of eternal life …” (John 6:68b). And those words of eternal life are said to us. Really!