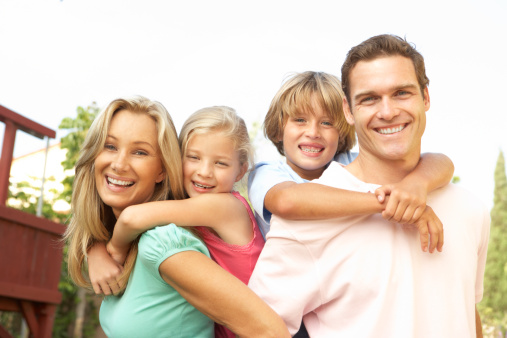 Exodus 20:12
Pentecost Ten
“Protect the Home”
12″Honor your father and your mother, that your days may be long in the land that the Lord your God is giving you. “

When I was a little Lutheran, 40-45 years ago, there were many times that my parents would tell me to do stuff, and being the rebellious person I was (and I think we all are), I would say, “Why?” or “Why should I?” My folks would often answer, “Because I said so.” Now that I am a parent, and I have two sweet, compassionate, generous boys, who NEVER get in trouble, I find myself doing the same thing. They will question an order given, and I say something similar to what my folks said, although I add something. I tell my kids, “Because I said so, and God put me in charge. It says so in the Bible.”
Today’s commandment is where it says so.

The Fourth Commandment states, 12″Honor your father and your mother, that your days may be long in the land that the Lord your God is giving you. “ God considered this a serious thing. This commandment was one that carried the most severe penalty of the Ten Commandments. The greatest sin in Israel was to break the First Commandment, which said no to blasphemy and idolatry. The punishment was death. Cursing God and cursing one’s parents received the same punishment. Lev. 20:9, “If anyone curses his father or mother, he must be put to death.”

One thing I want to sneak in here. I do not know if this has ever occurred to you, but this commandment is a bridge between the first three and the second seven. The first three deal with our relationship to God. 4–10 deal with our relationships to one another. The Fourth Commandment deals with honoring and obeying those in authority. Or as Luther said, “We should fear and love God so that we do not despise or anger our parents and other authorities, but honor them, serve and obey them, love and cherish them.”

Our kids need to honor us. Children need to obey their parents. For those of you with kids this might be your favorite Bible verse. The Bible also says we are not to badger them. Our Epistle reading today has in Eph. 6:4 “Fathers, do not provoke your children to anger, but bring them up in the discipline and instruction of the Lord.” As a kid, this was my favorite Bible verse. We should discipline our kids, the Bible is clear on that, but we are not to go overboard. We who are parents need to be reminded: Do you want to be respected and not just honored by your children in your old age? Then treat them now as you wish them to treat you later. There is that bumper sticker out there that says “Love your kids. They are the ones picking your nursing home in a few years.”

And there is no statute of limitations on this either. No matter how old we get, no matter how old our folks get, we are to honor, serve and obey them, and hold them in love and esteem. I remember when my mom died, and my dad moved out here. I went to see him every day at his assisted living home. I went to see him more than that if he was in the hospital or Bryant Nursing Rehab. And I was amazed when the nurses and staff at those places said how I was one of the few kids who did that. He did so much for me, then it was my turn, you know? That’s what God wants.

The Fourth Commandment, as well as the Third, had serious social implications, when God gave it then and today. In a nomadic society like the Hebrews had, elderly parents could become a burden in the desert. Throughout the Old Testament, God ensures protection for the widow, the fatherless, the orphan, and the foreigner. As we saw last week, He provided a day of rest for wives, servants and animals. Human greed and oppression must be controlled. Another way this becomes clear is that we must take care of our parents.

Now this isn’t just a commandment about parents. These words cover God’s representatives on earth who carry out His will–in the home, at work, at church, in the government and the courts. So we are talking here about parents, yes. Also bosses, pastors, politicians, judges, police, and the like. These positions are to be honored as “God’s servants” as Paul notes in Romans 13:4. These are the ways that God controls the spread of evil and chaos in the world. These structures must be respected and honored or we will know nothing but chaos.

These days I do not think we have to look very far to see where God’s idea of family and His plan for our society is under attack. Things have changed a lot during my lifetime. When I was in eighth grade, a student in my class was expelled because he had in his possession: a cigarette. Schoolteachers were asked before I was born to describe the top seven disciplinary problems they faced in the classroom. The “Beaver Cleaver Days” if you will. The problems they cited were:
talking
chewing gum
making noise
running in the halls
wearing improper clothing
not putting waste paper in the waste paper basket.
Years later educators were asked the same question by college researchers. Here are the top seven disciplinary problems that were cited more recently:
rape
robbery
assault
drugs
arson
bombing
murder.

Is there anyone here who will argue with my assertion that one of the things going on here is that people no longer respect authority, and those God has placed there to help us? Ever since the 1960’s, there has been a growing idea in our culture, from the “Hippies” to Occupy Wall Street, that authority, morality, tradition should all be tossed out. And all this has affected the way people react and behave today.

So we are to do as we are told. In this in EVERY situation? No. There is one exception. We are to do as we are told EXCEPT when what we are told violates God’s Word, God’s Will, God’s Wisdom. This is where we discuss our need to honor the position even if we do not respect the person who holds the position. Sometimes Satan seizes the office. Then for the sake of the office and obedience to God, we must oppose the one who perverts and misuses divinely ordained authority. However, we still honor the office. For example: There are people who really hate our President. There are people who really hate his predecessor. But we are to give their position and the office holder honor and respect, unless their directives go against God’s Will. If a parent tells their child, “If the phone rings, tell them I’m not here,” what is the child to do? A child is to obey their parents, unless they tell their child to do something that violates God’s Word. If a boss tells an employee to lie or misrepresent the company in a sales pitch, what is the employee to do? We are to do what the boss says, but not if it means going against God’s Word.

Whoever is in authority, whether it is parents, pastors, or teachers, or police, or bosses, or politicians, God expects them to use that authority for good and to do His Word. And we are to obey them, honor them and respect them as long as they are doing God’s Word. As Peter told the Sanhedrin, “Judge for yourself whether it is right in God’s sight to obey you rather than God.” (Acts 4:19)

That is the great joy of having a Heavenly Father, God the Father. We get to pray to our heavenly Father. He is the Father who loves even the prodigal son. He waits for him, even to restore him. This Father’s forgiveness is perfect and full and free and eternal. He holds His humiliated children in his arms. He puts the ring of authority back on their fingers. He puts the sandals back on their feet and covers their ragged bodies with the cloak of dignity. He kills the fattened calf and invites all to celebrate a son/daughter restored.

This is what your heavenly Father does every time you walk in here. He loved you enough to send His Son to die to pay for your sins. Since Jesus died and rose again, God the Father says “Your sins are forgiven.” He invites you to His table, where His Son is your host–a host who gives His body and blood to restore you and to renew you. We honor Him for He is God.

We learn from our heavenly Father to respect, to love, to give and to serve. That makes us blessed, and loved, and respected. In St. Paul’s words, this is the first commandment that comes with a promise: “that it may go well with you and that you may enjoy long life on the earth.” (Eph. 6:3) May God grant each of us the strength and the wisdom to “Protect the Home.”