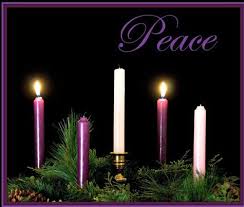 Christmas preparations are well underway. Decorations are up or will be shortly. Our tree went up a week ago, although two more are still in our attic. Goodies are being baked and exchanged. Christmas music is heard everywhere. By the time Christmas actually arrives, many people are ready for it to be over. The world out there celebrates Christmas not on the actual Christmas Day, but in the days leading up to it. As Christians, we celebrate the day Jesus was born. Out there, the Christ Child doesn’t seem to matter. Who celebrates a baby’s birth before it occurs? In the Church, we long for the Child to come, and we keep on celebrating after He arrives. Jesus is the center of Christmas.

What type of preparation is necessary for the arrival of the Son of God in human form? How should one prepare to meet the Lord? Well, our text tells us how John prepared the way of the Lord in his day, and
John’s Preparation for Jesus Prepares Us, Too.

Mark begins his Gospel about thirty years after Jesus’ birth. He starts with the work of John the Baptist. We see in Mark that Isaiah predicted that John would arrive before Jesus and that John was here to prepare the way for the Lord. He is the last prophet of the Old Testament. His diet of locusts and wild honey along with his clothing of camel hair and a leather belt were appropriate in the wilderness. His dress and diet remind the people of Elijah, who was to come before the Lord (Mal 4:5).

It had been some four hundred years since a prophet had appeared in Israel. In addition to his desert diet and clothing, John’s message was urgent and clear. The long-expected Messiah is coming. Now is the time to prepare! Now is the time to get ready! John is the messenger also predicted in Malachi: “Behold, I send my messenger, and he will prepare the way before me. And the Lord whom you seek will suddenly come to his temple” (Mal 3:1).

John is a one-man advance team for the arrival of the One to follow. People sensed that John was indeed a prophet, though some thought he was the Messiah Himself. John denied being the Messiah. He always said he was there to prepare the Way for the Real Deal. John deflects attention away and directs it all to Jesus. He shows remarkable humility. He says to those who think he is the Messiah that he is unworthy to untie the sandals of the One who is yet to come (v 7). John saw himself below the status of the most menial slave. That slave’s duty was to remove the sandals from guests and wash their feet when they entered a home. John says he is unqualified to do even that for Jesus.

John was also a little intense. He was blunt, harsh, loud. Yet John was far more than the proverbial crazy guy screaming hellfire on a busy street corner. He was preparing for the greater One to come. Jesus was the center and focus of the last prophet. After Jesus came and was baptized by John, John said, “He must increase, but I must decrease” (Jn 3:30). John prepared for Jesus by pointing away from himself to Jesus Christ.

That works for us too. John prepares us for Jesus by turning us from our sins to Jesus Christ. Sin is always being turned in on oneself, isn’t it? That’s how some folks define sin: only looking here, caring about this guy (point at self). A temptation for John would have been to let those big crowds and his popularity go to his head. He, after all, was the one, the only one, after all those years, whom God had appointed the special messenger of the Messiah. Pretty heady stuff. Pretty ego inflating.

We know about that. We’re tempted to turn in on ourselves. Think we’re the show. That’s our sin. Walking out of Walmart, we don’t just drop a couple of coins in the kettle; we fold up and slip in a bill . . . and, oh, what good people we are! After a little holiday cheer, folks at the office party tell you you’re the boss or the employee they’ve always admired the most, and you believe it. You’re in school and you watch another kid get bullied, but because you don’t take part (you don’t help!) you are such a good kid. People are nice enough to compliment you on your sermon, and before long you think you are the next Billy Graham . . . well . . . Bottom line, John comes preaching repentance, and we’re pretty sure, we think we’ve done a pretty good job of that. Uh, no.

In fact, you cannot properly prepare yourself to meet Jesus. It’s the Lord who graciously calls and comes to us. No sinner can stand in the Lord’s presence by his/her own talents, deeds, merits. Scripture is filled with encounters with the Almighty in which the Lord allowed people to come before Him and not, you know, DIE. Moses saw the back of God’s glory. This side of heaven no one can handle seeing God straight up. Jesus’ glory shined through on the Mount of Transfiguration. Peter, James, and John threw their faces to the ground. They were overwhelmed. When John saw the one like the Son of Man in Revelation, he fell at the Lord’s feet. It was only when Jesus touched him with His right hand on the shoulder that John could stand in the Lord’s presence (Rev 1:12–19).

Most people don’t realize that repentance is a gift of God (Acts 5:31; Psalm 51). The Holy Spirit works faith in here. The Holy Spirit works repentance in here, too. It’s so easy to make repentance into our own work. Say “I’m sorry” and you’re good before God. Uh uh. John boldly proclaims a “baptism of repentance for the forgiveness of sins” (v 4). John’s Baptism is unique in its purpose. It’s to prepare people to meet Jesus. First, one must be washed (baptized) to be able to repent and be forgiven. God does that.

It’s like when visiting a fine restaurant that requires coat and tie; a gentleman won’t be seated unless he has both. Many restaurants will loan them to you to save you the embarrassment of being denied service. How much more should the Lord of all creation send His forerunner to prepare His people to greet Him? The baptized are washed and covered with the robe of righteousness from the Lord. Being baptized is preparation for the coming Savior.

People from both Judea and Jerusalem came out to see John. They were baptized in the Jordan, confessing their sins (v 5). And that meant turning from those sins to the One John was talking about. Though they didn’t know it yet, they were trusting that their sins were being forgiven by the Christ, the Messiah. And they were. And ours are. Because Jesus took them from us. It started in His own Baptism by John in the Jordan and ended at the cross. That’s what it meant to be the Christ, and turning to the Christ means trusting that Jesus’ cross has set us free from all sins.

As He was for John, Jesus remains the focus of the Holy Christian Church. By His death and resurrection, Jesus has come and brings pleasure eternal. John’s work is completed, and he is waiting for all the saints to join him in Jesus’ presence.

It is time to summarize: Many preparations for Christmas are being made regarding decorations, food, gifts, and holiday gatherings. What about the preparations for meeting Jesus, the Messiah that John said was coming? Most of you have been baptized into Jesus Christ. God has worked repentance in you. You’ve received repentance and the forgiveness of sins through the Holy Spirit. You’re clothed in the righteousness of the Lord Jesus; you’re a member of His family and have been gifted with life everlasting. These gifts are true treasures unavailable anywhere else. Much better than a 4K TV or a Red Coyote gift card (shameless plug). One can’t purchase, steal, or get these REAL gifts apart from the work of Jesus for you, and the Holy Spirit in your life.

In the Third Article of the Nicene Creed, we confess that the Holy Spirit “spoke by the prophets.” He continues to do so today. As these texts are heard and read, John the Baptist still speaks, as do the other prophets, apostles, and evangelists. Through them, we remember the first coming of Jesus. Through them, we’re made ready for the return of Jesus. And what a day that will be.