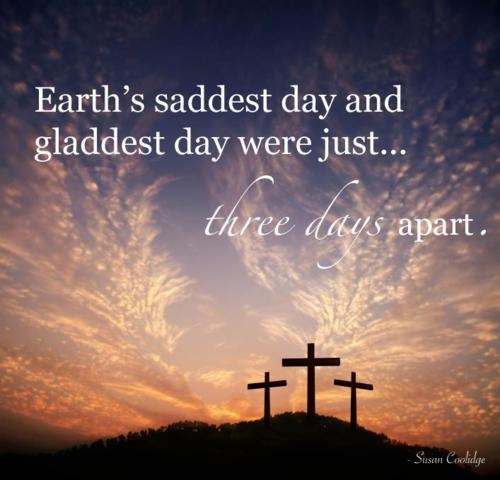 The Lord is Risen!  (He is Risen indeed!)  You thinking, “Wait a minute, Easter was 5 weeks ago!”?  Well, I do have this habit of telling you all that every Sunday, that every day we live in the grace of Jesus, is another Easter.  Easter is the Big Thing.  Easter is the foundation of our faith.  It is something we can never forget.

I pray we will never get tired of this message. We have been saying it to one another all through the season of Easter.  It’s a proclamation of truth that restores all mankind and creation from death to life. It’s a message that brings hope to a dying world, a world that cannot save itself. It’s the message that makes all the difference in the universe. In fact, as Paul understands it in our text today, The Resurrection of Jesus Drives the Whole Divine Story.

Our sermon text begins with Paul in Athens waiting for Timothy and Silas to join him.  But he can’t wait! (vv 16–17).  I love this part.  There are some of you who have pointed out over the years that I can be hyper up here.  I enjoy sharing the Gospel with you.  To be honest, if I didn’t would you want me to be your pastor?  Well, Paul was fired up because he knew Athens needed to hear what he had to say, and he did not want to wait for his team.

It hurts him in here to see all the idolatry in the city, all those people ignorant of the true and living God, all those folks enslaved by false gods.  He can’t wait for the arrival of his companions to begin speaking to the people. He has a message of the resurrection of Jesus that drives him forward! It must be told!  A quick aside here, if every Christian felt this way–what a different country/world we would live in.

When Paul started preaching, the first folks he tried were his fellow Jews and those devoted to the faith.  This was standard operating procedure for the early church.  They started with the Jews because they were the folks looking for a Messiah.  God was known to them. They were waiting expectantly for God to save them.  So they started with the easier audience, if you will.

Paul next moved into the marketplace.  After talking to those most likely to take what he said to heart, he moved on to the tougher audience.  He tried to preach to the pagans in Athens.

Paul went out into the streets and marketplaces, where people would gather, and he called them all to come and receive life. It would be like if I went to the mall, or an entrance to the OU or OSU football stadium on game day, and started preaching.  He went where people were just milling about, and started preaching and proclaiming Jesus.  There may be times you have seen someone do this and thought unkindly of the person doing it.  I saw a guy doing this on a street corner in New York City back in 1981, although he was not preaching the Gospel.  He was preaching the end of the world.  Paul’s call was to proclaim Jesus and His resurrection.

When Paul started teaching, the philosophers in Athens overheard this message and found it strange (v 18).  Two kinds of philosophers, two schools of thought, are mentioned in the text.  The Stoics looked for their god in nature. Know anyone like that today?  Hear anyone on the news or on the internet that thinks nature is god?  Stoics thought nature revealed truth. So if something died, it was for the betterment of the cosmos and was the will of nature.  The Epicureans believed that the gods were material and made of the same basic building blocks as man. The Epicureans did not bother with rituals or observances. Their way to live in harmony with the gods was the pursuit of pleasure, which sounds like hedonism, but they also taught you pursue pleasure through moderation and relationships.

Needless to say, what Paul was teaching was very different from what these Greek teachers taught.  The Stoics and Epicureans labeled Paul a babbler.  This should not be a surprise since later in this book Paul preaches a sermon that is so long that a young man falls asleep sitting on a windowsill and then falls to his death.  God fixed it, it was ok, but there is evidence that Paul could ramble on.  The Greeks didn’t just think that though, they thought Paul didn’t know what he was talking about.

Still, they wanted to know more about this teaching.  So they invited Paul to speak formally at the Areopagus, where new ideas were discussed (vv 19–25).  This was an outdoor amphitheater where people would discuss the latest ideas and crazes.  Kind of like an ancient Facebook.

When Paul got there, he used the altar of the unknown God as his starting point to speak of the living God.  The Greeks, who wanted to cover all their bases, allowed for a god they had not discovered or thought of.  Paul revealed to them that this God they did not know had created all.  And since He is Lord of both heaven and earth, there is nothing God needs from us.  Rather, our heavenly Father gives to the Athenians, Paul, and you sitting here today, life and breath and all things required to sustain us.

But the resurrection made no sense to these men who were so dedicated to their own false wisdom. They thought death was a liberation of soul from body. “Who’d want to be back in a body? What foolishness!” (vv 29–32).  That’s what they thought.

But we know better.  The resurrection of Jesus drives you back into the arms of God.  Despite the Athenians’ foolishness, Paul proclaims that God is not far from them—or you.  Not that they would ever find him by their own groping; sin has made that impossible.  But Jesus’ cross has removed the sin that separated us from God, has fixed our relationship with God.  The resurrection announced that God has accepted Jesus’ sacrifice as sufficient! God is no longer angry with the human race!

So now God is where He promises to be for you.  In proclamation of Jesus crucified and raised, in water, bread and wine, He embraces you.  By Christ’s death, resurrection, and ascension, He has authority to fulfill these promises.  The proclamation that Jesus is risen means life for you!  This is the certainty, the proof.  Jesus risen from the dead means you can be certain that you, with faith from the Holy Spirit, will also rise to life with Him eternally.

Let’s end with two thing: As Vice President, the first George Bush represented the U.S. at the funeral of former Soviet leader Leonid Brezhnev. Bush was deeply moved by a silent protest carried out by Brezhnev’s widow. She stood motionless by the coffin until seconds before it was closed. Then, just as the soldiers touched the lid, Brezhnev’s wife did something that ranks right up there when it comes to acts of civil disobedience: She reached down and made the sign of the cross on her husband’s chest. There at the center of that atheistic power, the wife of the man who had run it all reminded us who is really in charge, and how important the resurrection of Jesus is.

The last thing is that Ken Klass in his devotions this week told the story of a woman in one of the churches that he served.  She was in her early 40s, but she was dying from having a bad heart.  The doctors gave her oxygen and various medications. Those things helped, but they never changed the fact this lady knew she was dying.

Then, in a different state, a young man had an accident, and he was gone. His wife donated his organs. The lady who was dying received a phone call. She was told, “Be at the hospital in an hour. We have a tissue match. You’re going to get a new heart.”
The lady made it to the hospital, underwent surgery and, weeks later, returned home.  She came home and was able to move around and for the first time in years was able to get out of a chair by herself. She came home … to a future. She came home … because a young man had died.
I tell you this to help you remember that once upon a time you were dying. You were dying, and there wasn’t a thing you could do about it. Then, 2,000 years ago, God’s Son was born in Bethlehem. True Man and True God, Jesus lived, died and rose for you.  I tell you this because we could do nothing to change things. Our new life came to us as a gift because God’s Son died and rose again.  The proper response and right reaction to Someone giving you a new heart and a new life ought to be appreciation… overwhelming, unending appreciation.

The Resurrection is EVERYTHING.  The Lord is Risen!  He is Risen Indeed!