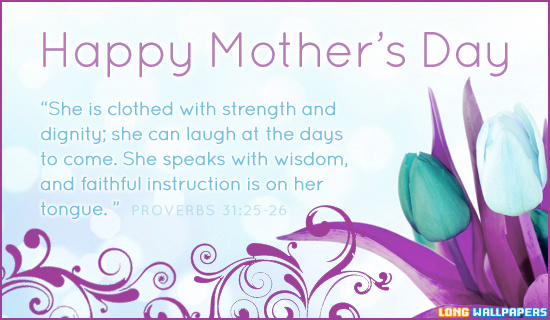 When I went to college, I was a Communication Arts major with a Radio, TV, Film emphasis. That means I got to watch TV shows for homework, and that means I like movies, GOOD movies. Lately I have noticed that Hollywood believes the only movies worth making these days are based on comic books and superheroes. I am afraid that “The Avengers: Age of Ultron” is not MY idea of making cinematic history.

Well, this sermon is going to discuss superheroes. One thing we note about superheroes is that many wear a cape, or have some kind of fancy duds. The superheroes I’m going to talk about today are pretty well disguised. They may seem to be like everyone else. They’re not.

The superhero we are going to talk about today is the superhero known as “Mom.” Moms are superheroes. You don’t believe me? Here are some examples: Using only two eyes, they see lots of stuff that we don’t see. Sitting at the kitchen table, helping her second grader with his homework, she can see her three year old about to stuff a peanut butter and jelly sandwich into the DVD player, or drop mom’s iPhone in the fish tank.

Like the rest of us, these mothers have two lips, but those lips, when applied to the forehead of a sick kid, can get a more accurate temperature reading than an Exergen Temporal Scanner. Those lips can fix any wound that doesn’t need stitches. Those lips can, with a smile, brighten up the darkest day, and they can also summon the wrath of God Himself upon the child caught misbehaving.
Mom, the Superhero has only two ears, but she can hear the silence that says “It’s quiet. TOO quiet.” Those ears can hear the first little sneeze from a child who is getting sick. And like a sidewinder missile, they can home in on a bad word that is said by her kid up to a mile away.

Mom, the Superhero is really smart, as well. She can hear your thoughts and knows when you’re talking back, even when you aren’t saying anything! She knows when you did not wash your face those times you just got your wash cloth wet. She knows who started the argument, who threw the first punch, you know what I mean. Moms know. I don’t know how they know, but they know.

And like the superheroes in comic books, they all have their Achilles heel, their Kryptonite…they lie a lot. After having been up all night with kids throwing up everywhere but in the bathroom, they will still say they got enough sleep. When you go out to dinner as a family after a Wisconsin Badger game, they will load up on salad and bread and say they are full so her skinny kid can eat her dinner the next day instead of dorm food. Superhero Mom, a liar like she is, will say it is ok when her birthday is forgotten and will say it is a great thing to get a new vacuum cleaner for her wedding anniversary.

Moms are superheroes, but Christian mothers are even superer and heroer. That is because they know Jesus. Because she knows Jesus she acts differently, reacts differently, hopes differently. Everything about them is different because they know Jesus and they believe His holy Word. Christian moms are super heroes because they want their children to know the Savior, just as they do. And if you have/had a mom like that, like I had a mom like that, well, that is something for which to give thanks. From the very beginning, those mothers assured us that there was one God who created us, one God who loved us with a continuing, never ending love, one God who gave us saving faith. No matter what else we learn and experience, a Christian mom makes sure we know God’s love for us.

We who have been blessed by such mothers have stories to tell about their example and their resolve that we follow the true God and His Son Jesus. The first thing I would hear on every Sunday morning as a child was the squeak of my bedroom door knob being turned, with no gentleness, to announce it was time to get up and go to church. This would happen every Sunday at 7 a.m. Church was at 8. My mom could get 4 kids up and at ‘em in 50 minutes and in the car. We never went to the 10:30 service because my dad believed that you couldn’t have a real church service if it started after 9 a.m.

My mom made sure we were in church every Sunday, and she also made sure we behaved appropriately once we got there. More than once she took me into the church basement to apply her shoe to my backside to assist in this process. It worked, too! Of course my mom gave out more than punishment. She was very generous on the Gospel side, too, not just the law. She would make extra pancakes on Sunday so I could have something special for breakfast on Monday. I remember one time, the day before I was to go back to Madison at the end of Spring break, she had a vertigo attack but still wanted to try and make me some cookies to take with me, even though for her the world was spinning! That was my mom.

The thing about Christian Moms like my mom, is it seems like they were always there for us. Jesus, in the Gospel for today, reminds us that He really is always there for us, He said, “I will not leave you as orphans.” That is an emotional image. When we think of orphanages, we think of sad, lonely kids, right? I had a roommate in college who, along with his wife, went on a little adventure a few years ago. They decided to adopt a little boy from Russia. Erica likes to read a lot of blogs, and one of them was written by a mom who also adopted a little boy from Russia. Some of the folks who have done this have had the experience of walking into an orphanage, and to get to the infant section you usually have to walk past and through the play yard where the older children are. These kids would line up, smile, say “hi” and hope, HOPE that they could also be adopted.

Obviously, it was not their fault that these kids were there. It may be their parents died and no other family was around to take care of them. It may be they were there because their parents loved them and knew they could not take care of them. Maybe they were there because the parents just wanted to get rid of them. The end result was the same. They were orphaned.
Spiritually, we all were orphans. Sin makes us orphans. But the very good news for us this morning is that we are all orphans no more. Before we could even line up and say “hi” in our spiritual orphanage, our Lord claimed us. For most of us that happened when we were itty bitty and were baptized in a font like this one. That is when He put His mark/Name on us, when He declared that we would be His very own. We were the ones who would have a future. He would give us hope!

Now we note here today that He did this at great cost. Adoption is usually not cheap. It is usually something that costs a lot. A LOT! The cost for Jesus to adopt us was that He had to literally give Himself. So that we could carry His name, He had to give Himself up. He had to die for us. Then He rose again for us. It is the best thing that has ever happened to us that we have been adopted by Him. He declares that who He is and what He has now belongs to us.

There are many reasons for honoring mothers this day, but the best reasons are for those who helped us to know and remember that spiritually, we are orphans no more. If you have a chance to tell your Mom that on this Mother’s day, do it. Don’t wait. I am guessing many of you have but if you haven’t, get on it! You know its value, and you probably tell your moms on days other than this one.

If you are a mom, you will appreciate all the expressions of love that will be given to you. Enjoy them. Your children will say a lot of nice things to you in a flattering way. But most of all, treasure those evidences you have in the lives of your children that they have heard your encouragement, that they have grown in the faith, that they know they are orphans no more, that they know the one true God and value their relationship with Him. This is the most important thing.

My brothers and sisters, Jesus’ words to us in the Gospel today boils down to this: By the grace of God, by His love and sacrifice, He wants to say to all of His children: I want to fuss over you. I have sacrificed for you. I want to give you hope. He declares that we are His. His love for us is a sure thing, for we are orphans no more.