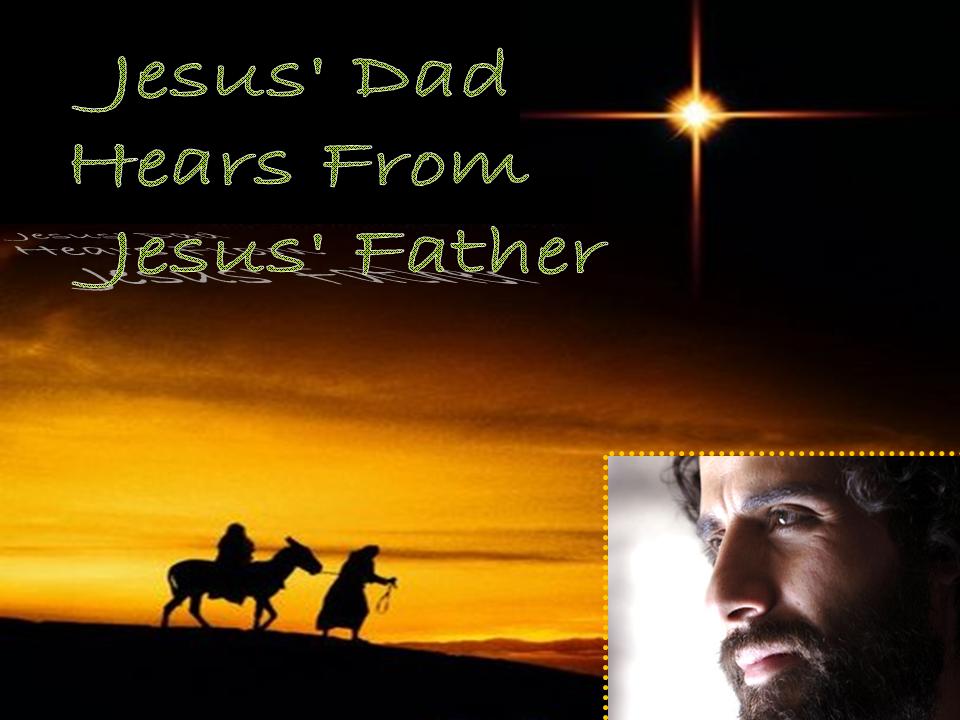 We have discussed from this spot how prevalent lying is in our society. Politicians love to do it. Four years ago Senator Harry Reid went before the Senate and said Mitt Romney didn’t pay his income taxes for the previous ten years. It was a lie. People believed it. When Reid was later asked about it, he just smiled and said, “Romney didn’t win, did he?” We heard a president say “I am not a crook.” He was. We heard a president say, “I have not had (you know what) with that woman…” He did.

We are lied to in commercials, as well. Skin cream ads tell ladies their products work better than PhotoShop, if you know what I mean. But two big whoppers were the ads that told us cigarettes were healthy, and Listerine cured colds and got rid of your dandruff!

Imagine what Mary’s parents must have thought when Mary came home from cousin Elizabeth’s house pregnant, when she and Joseph were only engaged. Then imagine what they must have thought when she said God was the Father of her baby! Today we are going to discuss an often-overlooked aspect of the Christmas story. Today we are going to talk about “Infidelity and the Incarnation.”

Last Sunday’s Gospel had to do with John the Baptist’s approaching execution, and his doubts whether Jesus was really the Messiah. Today’s Gospel takes us a little closer to Christmas, this time featuring Joseph. One of the things that I have noticed over the years is that Christmas is a Mary-Jesus thing, not a Joseph-Jesus thing. Our carols are more about Mary and Jesus. Few speak of Joseph. Look at the postage stamps you put on your Christmas cards. Every year the post office sells a stamp that has a famous painting of Mary and her Child. Usually when people think of Christmas, Joseph’s role is barely a cameo. His importance is usually thought of as behind all the other folks, like the angels, the shepherds, and the Wise Men. This is different. Writing through the evangelist Matthew, the Holy Spirit puts Joseph in the center of the stage. For Matthew, Christmas begins with Joseph’s dilemma about what to do with a wife whom he thinks is carrying another man’s child.

As we saw with John the Baptist last week, Joseph, too, has his doubts. It was not that Joseph didn’t believe Isaiah’s prophecy about the virgin bearing a child, but he did not believe that the prophecy was coming true in Mary. It is my opinion that any man in Joseph’s shoes would have reacted the same way.

How do we see this? Through repetition, what the Creed says about Jesus being “conceived by the Holy Spirit, born of the virgin Mary” may now be so ordinary for us that we are unaware of the tension this caused with Mary and Joseph. How many pregnant virgins have you known? Things like this simply do not happen—and that’s right, things like this simply don’t happen—or don’t happen simply—but it happened once and God became a human being just like us.

Joseph was in a bit of a pickle back then. Joseph was in a situation of what to do with a woman to whom he was legally engaged and attached but still not actually married. He could divorce her publicly, which would probably result in her being stoned to death. He could divorce her quietly. Or he could just marry her. One of the things going on then, of which you may not be aware, is that Israelite men were obliged to have a son. In their society, you needed a son to pass down your estate. Someone else’s child would not do.

Another problem that was going on here was that this child was conceived out of wedlock. These days that is not considered a big deal. It was then. One way to discredit a person is saying that he is illegitimate. There are those arguing this week that the election of our president-elect is illegitimate. Jesus had to face this accusation. From the very beginning, the enemies of the Church have attempted to discredit Christianity by claiming that Jesus may have been illegitimate. If this were true, then Jesus would not be the Son of God and the Christian religion would be a fraud.
Joseph believed Mary’s word that she was pregnant, but not that she was pregnant with the Immanuel Child, the one promised by the prophet Isaiah. Legal separation and divorce are no fun, but in Joseph’s mind, he had no other choice.

Old Testament law required divorce in cases of adultery, but one was also allowed to do so without showing cause. Joseph chose the latter option. He would not tell anyone what he thought Mary had done. Joseph had chosen the kinder thing to do. It’s one thing to be morally right and another and harder thing to show mercy. Joseph did not want to make a bad situation worse for her.
Now Joseph had to figure out how he was going to prevent Mary’s pregnancy from coming to light in a village of less than a hundred people. Today a woman can travel out of town to give birth. Not so in the ancient world. Women rarely, if ever, traveled alone. Sooner, rather than later, her predicament would become fodder for gossip. This is probably the reality with which Joseph struggled as he lay in bed one night.

In that setting, Joseph is told by the Lord’s angel to take Mary as his wife. Hers is not an ordinary child, but is the God who redeems His people. The God who had come in dreams to Abraham, Jacob, and the Old Testament Joseph, was now coming to another Joseph in a dream. Mary’s husband would not be the biological father of the Messiah, but he would be His legal father. Joseph would pass his claim as the Son of David to Jesus. As soon as Joseph wakes from his dream—and probably much to Mary’s surprise!—he decides not to divorce her.

For all legal purposes throughout his life, Jesus was known as Joseph’s son, and from Joseph Jesus learned the trade of a carpenter. Yet after Matthew’s Christmas narrative, Joseph plays no part in the Gospel. If there was any doubt about Jesus being the Son of David by blood and not just in law, Luke tells us that Mary was a descendant of David, too. So Jesus is David’s Son by law through Joseph and by blood through Mary. On Palm Sunday, this all comes to a climax when the crowds greet Jesus with “Hosanna to the Son of David!” (Mt 21:9).

In the fine Lutheran tradition, we can now ask, “What does this mean?” We need to note here, seven days before Christmas, that everything we look towards in this Advent season and everything we will celebrate for 12 days at Christmas is not just because a child was born, but because later, He was stricken, smitten, and afflicted, died and rose again. For Us! With the death and resurrection of Jesus, who was related to who by blood lost its importance. Jesus said that His brothers, sisters, and mothers were those who did the will of His Father in believing that He was the Christ (Mt 12:50). Together, Jesus Christ’s brothers and sisters make up the household of God. The important point of Matthew’s Christmas story is that God came to us as Mary’s Child, Immanuel, God With Us. But if we are looking for a secondary point, it might be Joseph’s willingness not to make a public example of her. Joseph’s mercy is raised to another level, the highest level in Jesus, who forgives all of us. Like the Old Testament Joseph, Jesus forgives all His brothers and sisters, and that includes you and me. And that is NO LIE. Let’s keep that in mind as we make our way down this road to Bethlehem for the next seven days.